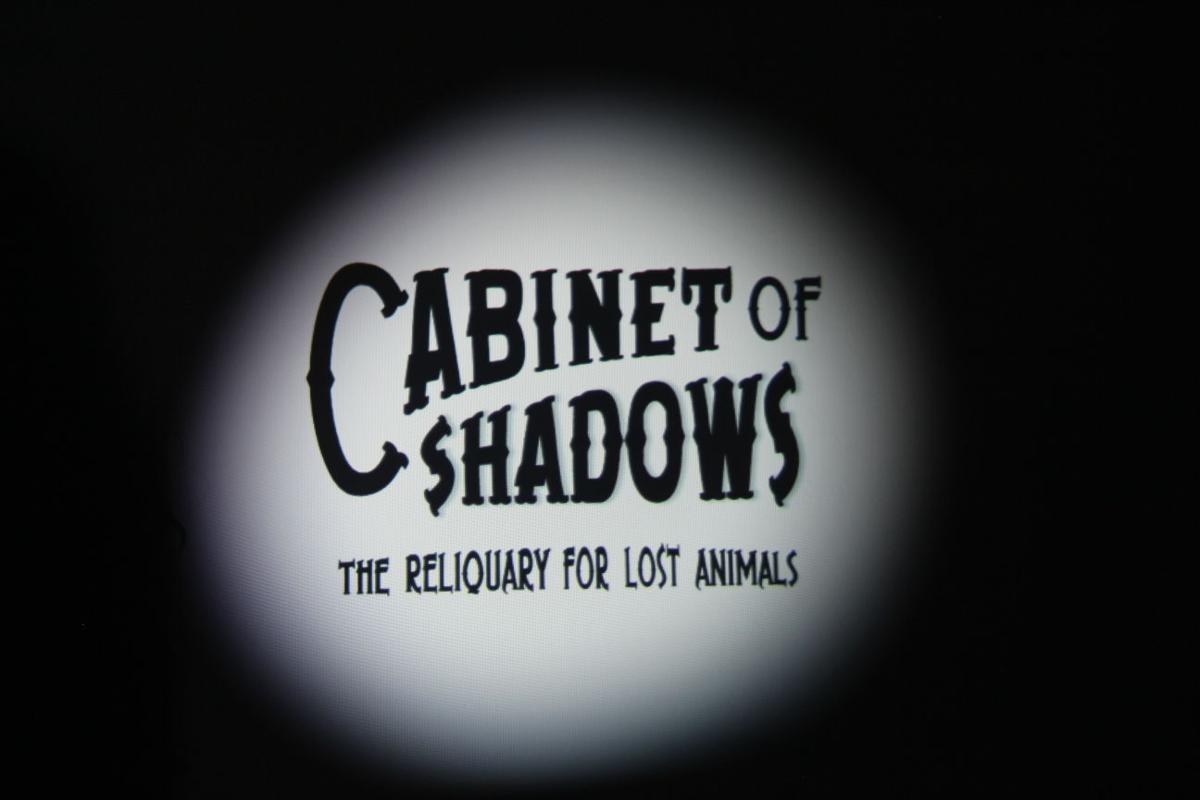 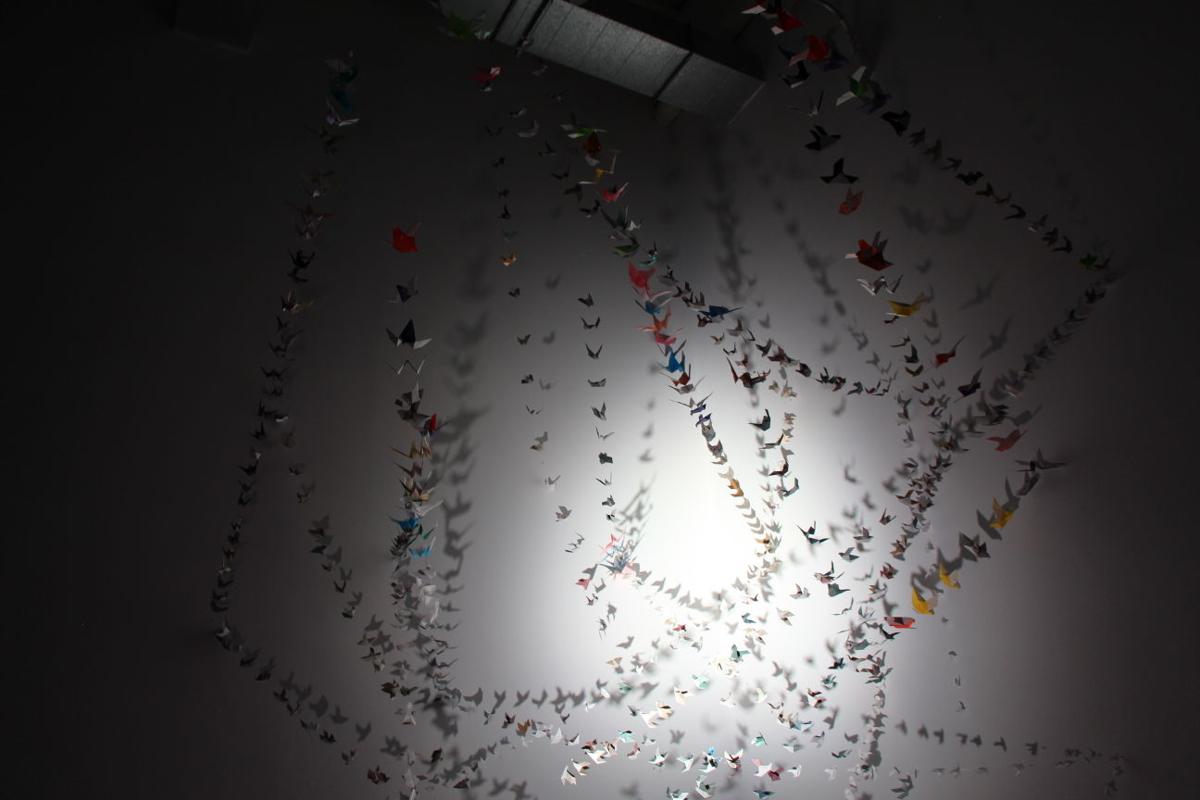 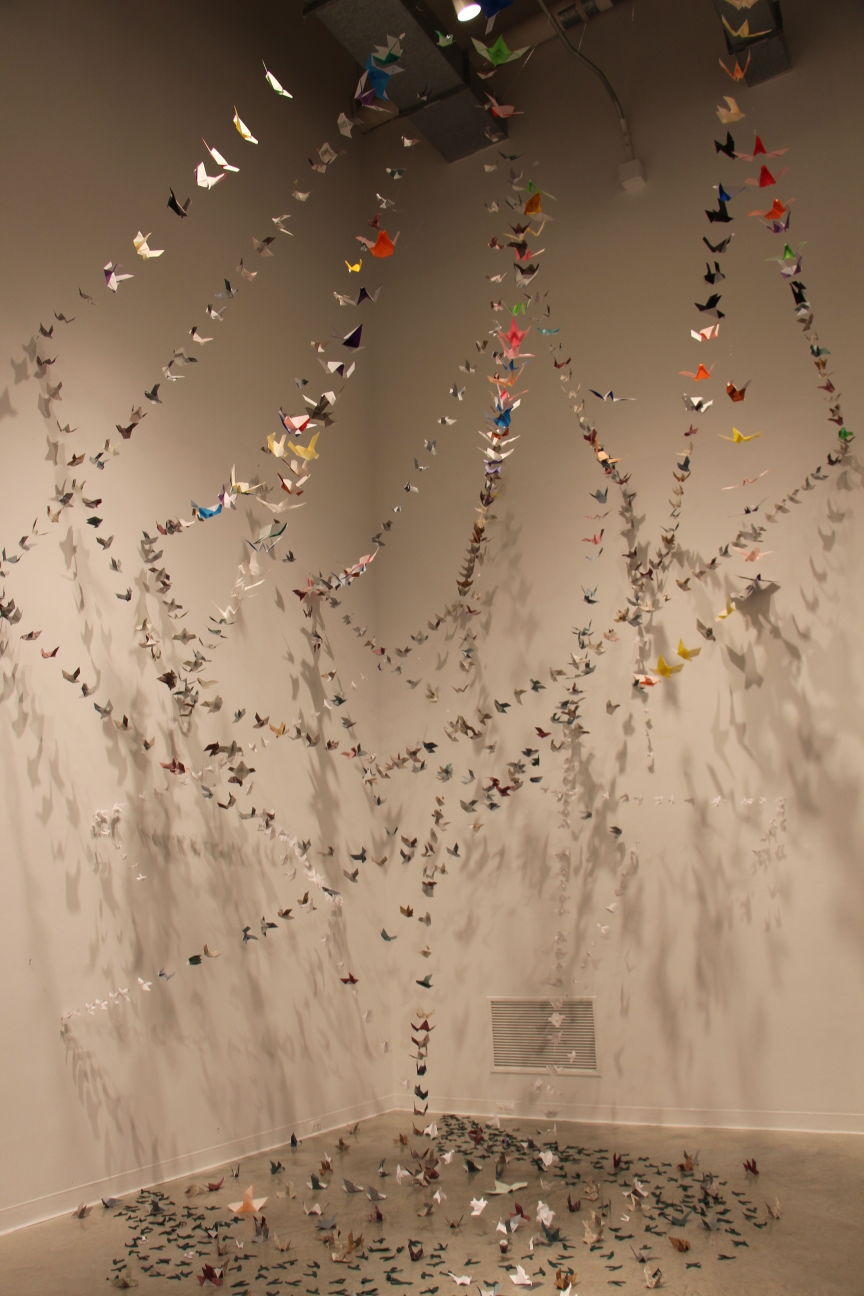 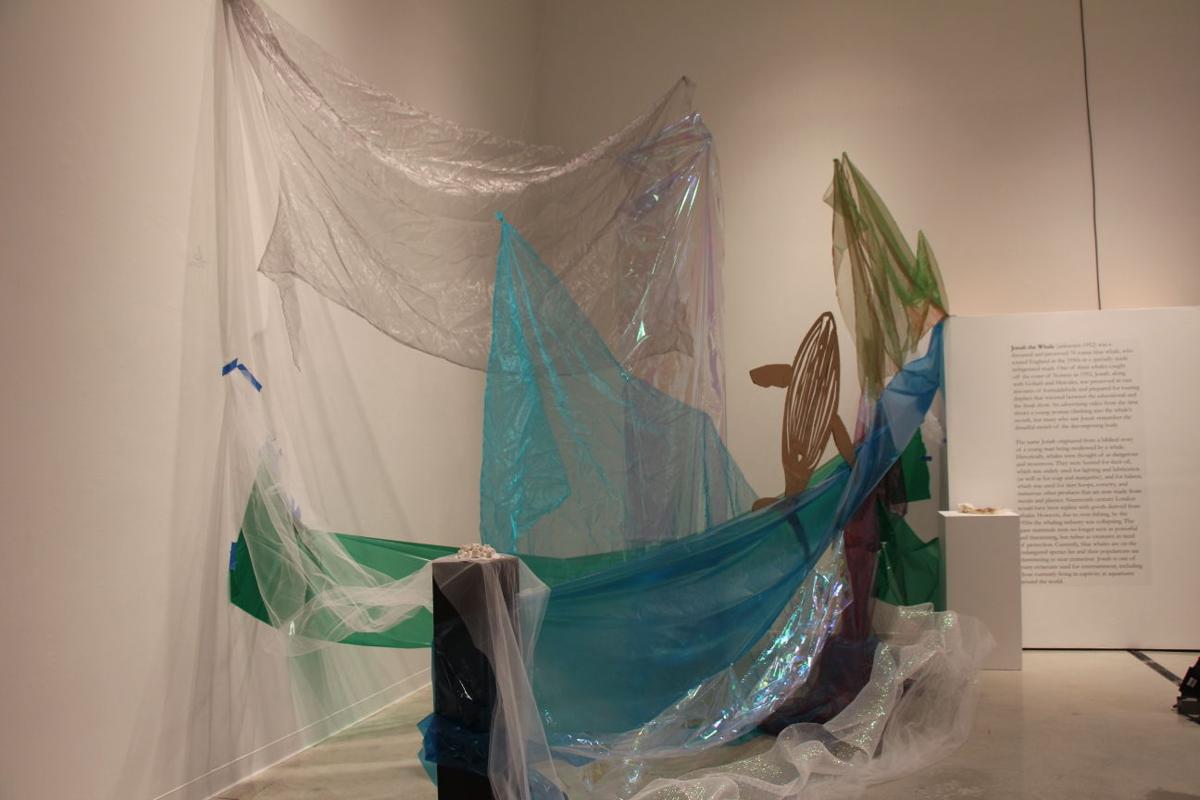 Artlab’s latest installation uses shadow art to channel the ghosts of misused show animals. Focusing on three animals — Jonah the whale, Jumbo the elephant and Martha the passenger pigeon — Cabinet of Shadows: The Reliquary for Lost Animals communicates its messages through music, videos, shadows and timelines.

Created by the fourth-year museum and curatorial practicum class, Cabinet of Shadows opened to a crowd on Thursday, Feb. 25 and will be on display until March 11.

The class of 14 took on different roles to make a full-scale gallery.

Kelsey Perreault, a fourth-year art history and criticism student, was a writer for the exhibition catalogue and helped out with painting and installations for the show. Considering the lab was primarily shadow-based, most of the work was accomplished in the final days leading up to the show.

Perrault says their idea was to "summon the ghosts" of each animal into the gallery. By using different corners of the room to set up the displays, each animal receives their own spotlight with stories accompanying the shadows on the side. Videos also play for additional information on each animal.

The first animal seen in the lab is Jumbo the elephant. Dying in a train crash in St. Thomas, Ont., Jumbo spent his life touring Europe and North America with his owner P.T Barnum. His shadow stands strikingly at the front, seen in mid-rumble as an act of liberation through his caged life.

Jonah the whale is exhibited in the far corner through a ghostly projection of a cut-out whale. Rising up on the wall as if he is breaching out of the water, Jonah toured England after his death and was preserved in formaldehyde. He is known for the horrid stench exuding from his decomposing body.

The final animal cast around the lab was Martha, the last documented passenger pigeon. Her ghost came alive through a diamond-shaped canopy with several cut-outs of birds, casting shadows of her flock around the room. Joked about by the class as the ‘pigeon death star,' her shadow is breathtaking and has the largest impact — Martha and her friends dance around the wall and emphasize the death of an entire species due to human negligence.

Perrault says the best part of the lab is seeing the animals come to life.

“My favourite part was [Thursday] when the lights came on and we saw everything come together," she said opening night. "A lot of work went into this and we started in September and October, so it’s been a long time coming. We didn’t really know how it was going to turn out until we actually put it together, so it’s been really interesting."

Fourth-year studio art student Ella Gonzales, one of the artists behind Jumbo the elephant, emphasized the depth of the show. She recommends viewers prepare themselves for a show of reflection, since the relationships between the animals and humans are so horrific.

“Expect to think about important things," Gonzales said. "We’re talking about the relationship between animals and humans here. Right now it might seem like a big theatrical performance, but I feel like [with] a one-on-one experience with the shadows ... you have to think about those bigger questions."

Cabinet of Shadows is open to the public in the Artlab gallery, located inside the John Labatt Visual Arts Centre. More information about the art installation can be found on their website, cabinetofshadows.com.

Students on adopting pets during the pandemic

Western students tell us about the pets they adopted during the pandemic.