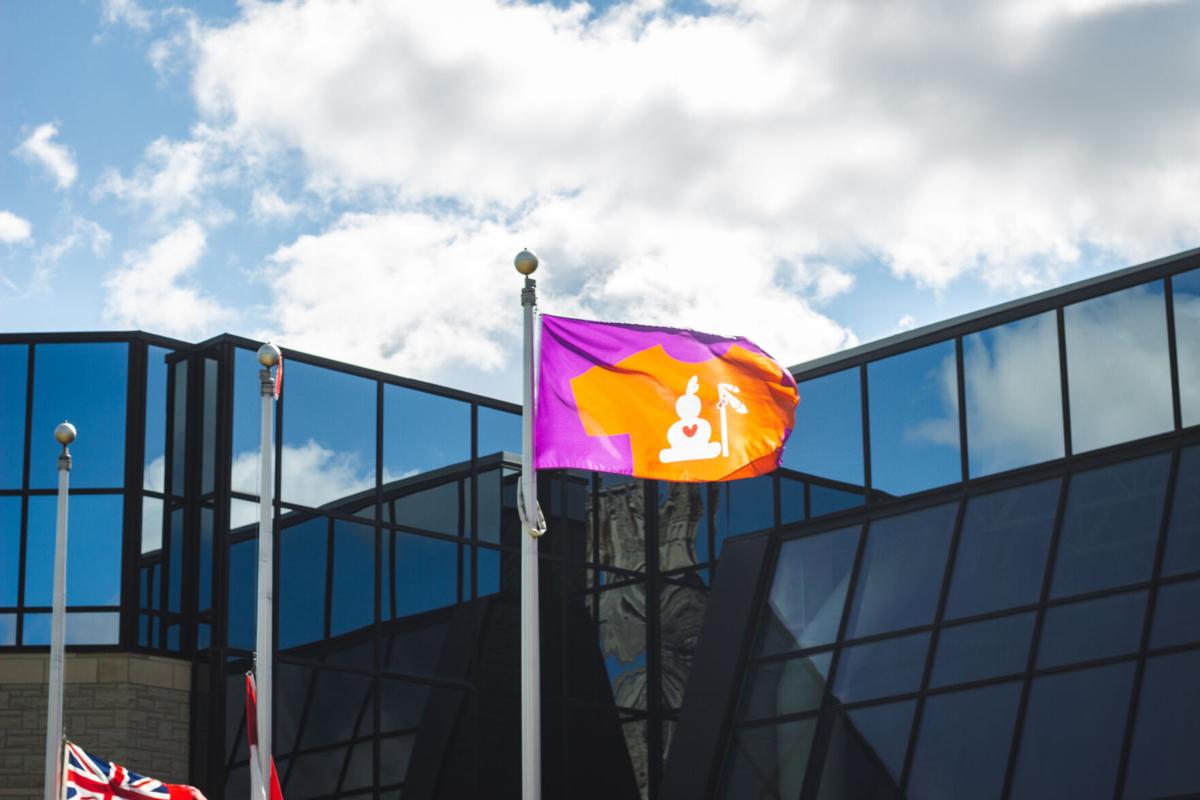 The orange flag is raised at the International and Graduate Affairs Building Sept. 27, 2021, marking the start of recognition events for the National Day for Truth and Reconciliation. 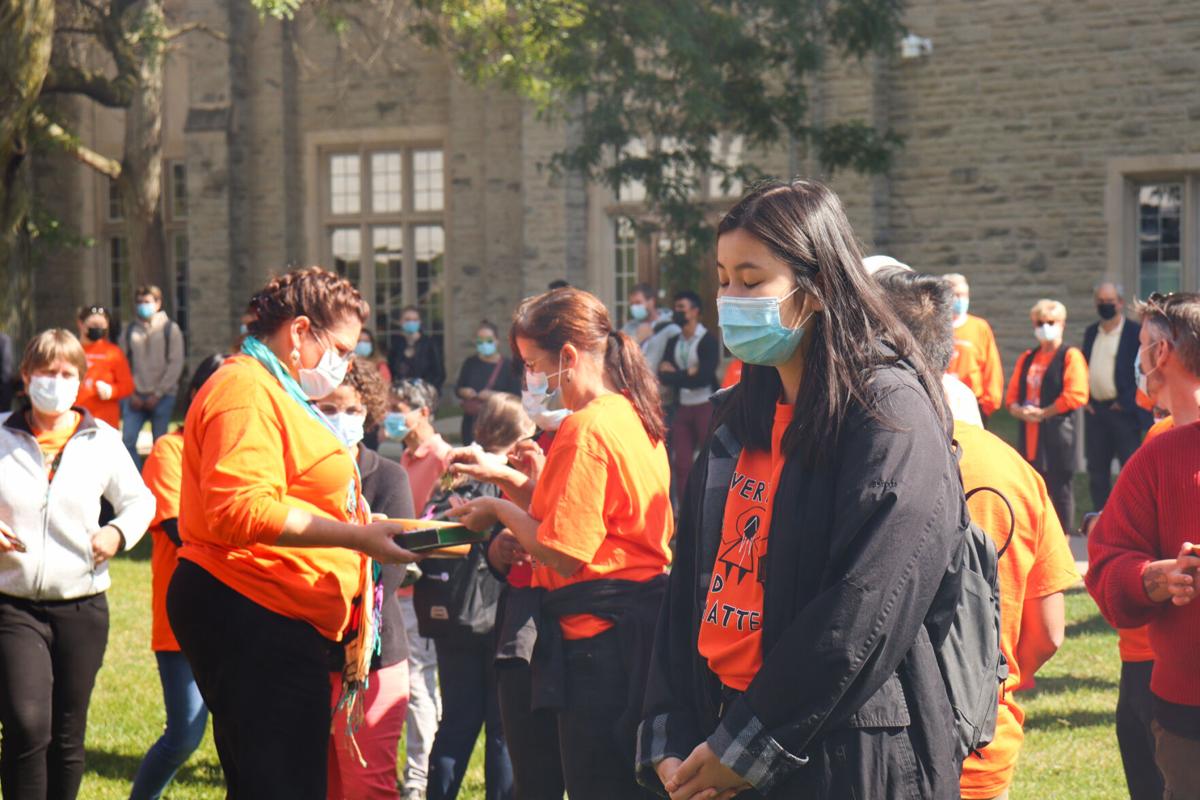 Christy Bressette (left) distributes tobacco for the Sacred Fire ceremony as a student (right) reflects on the National Day for Truth and Reconciliation Sept. 30, 2021. 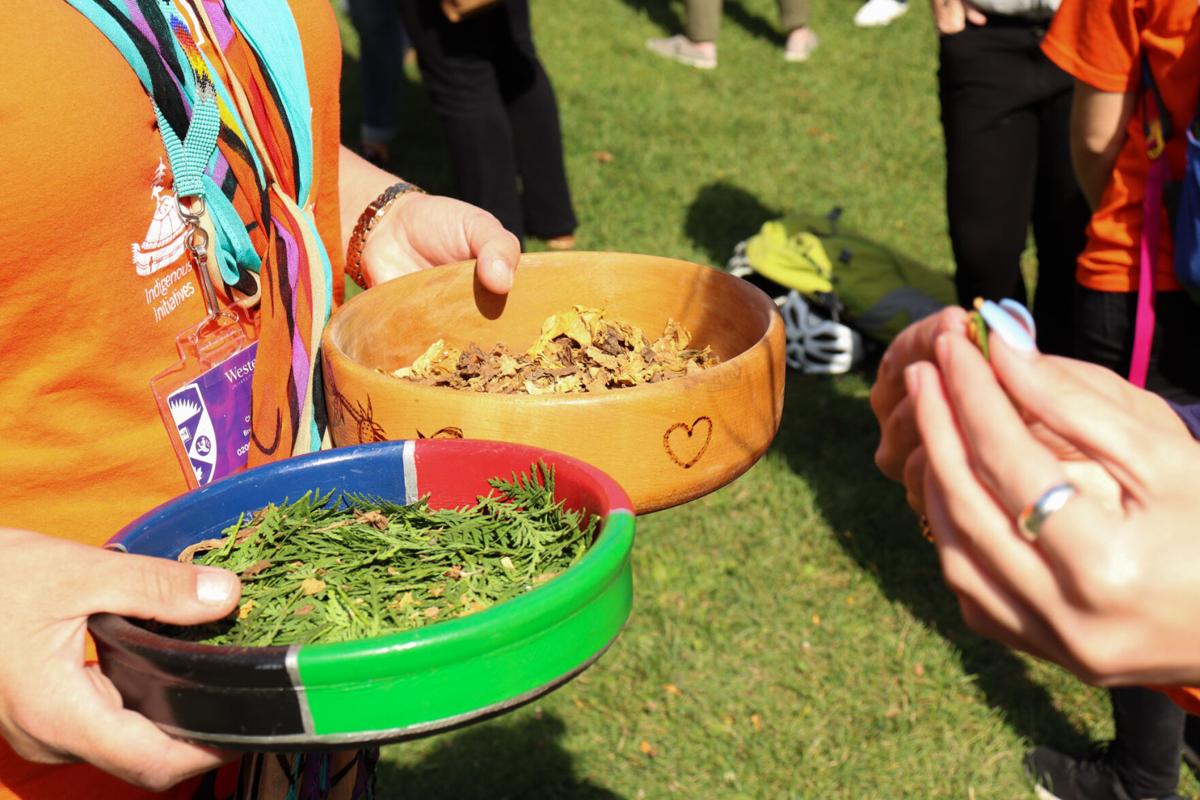 Tobacco is distributed for the Sacred Fire ceremony Sept. 30, 2021. 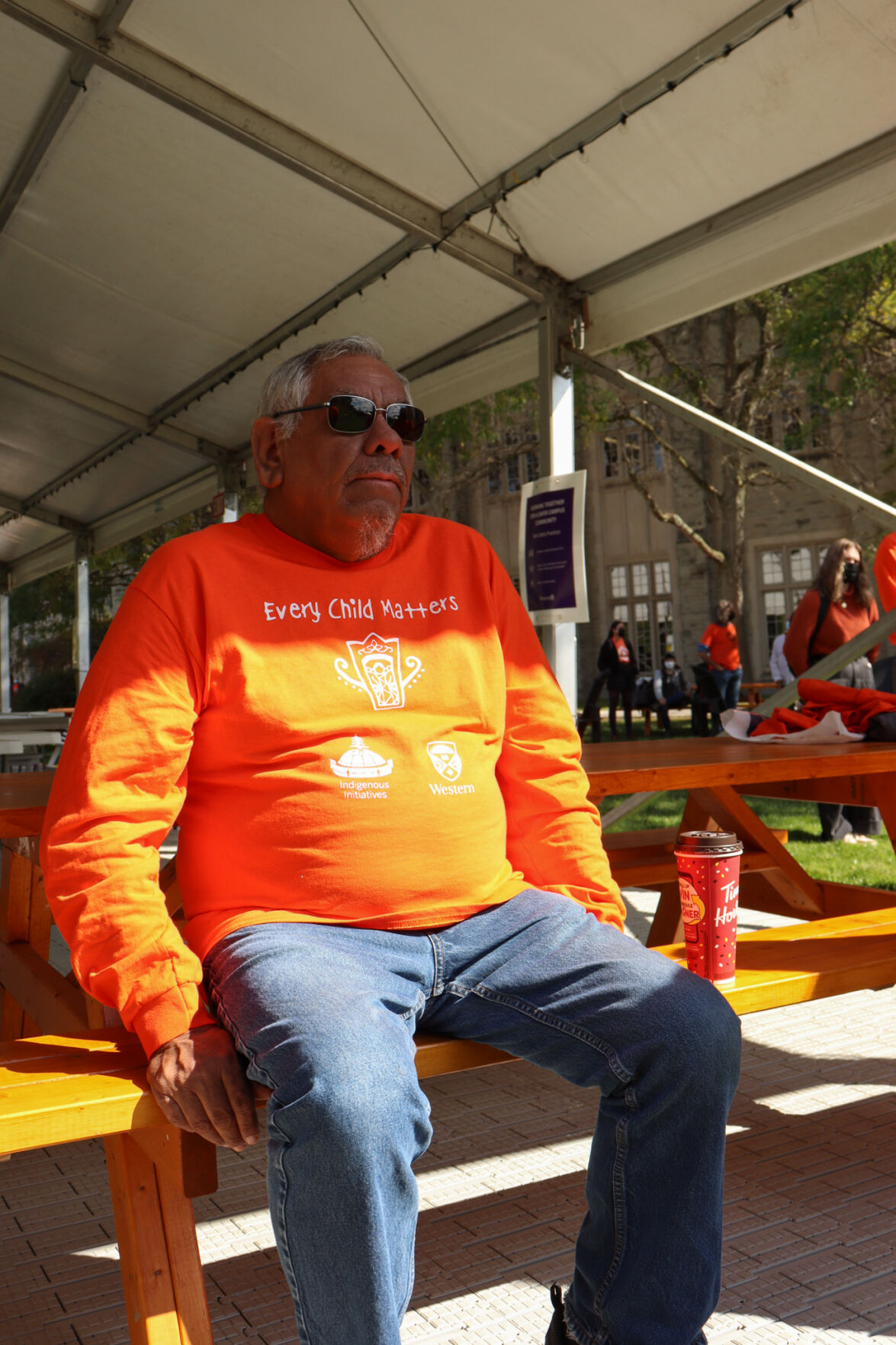 Virgil Tobias, an elder from Moravian Reserve, observes the Sacred Fire ceremony in recognition of the National Day for Truth and Reconciliation Sept. 30, 2021. 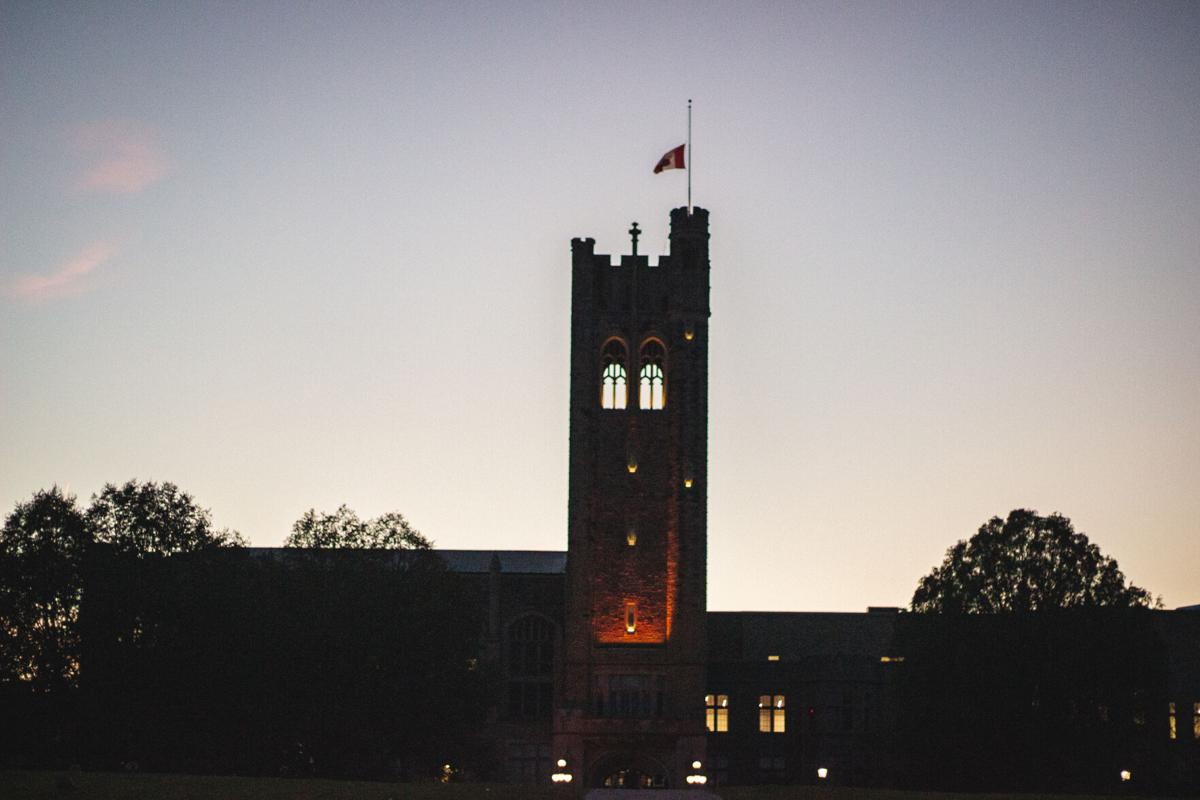 Western University’s Office of Indigenous Initiatives hosted several events last week, recognizing the inaugural National Day for Truth and Reconciliation across campus and within the community on Sept. 30.

The federal government passed Bill C-5 this summer following the unearthing of over 1,300 unmarked residential school graves, announcing the National Day for Truth and Reconciliation.

The week began with a flag-raising ceremony on Concrete Beach, lowering the Canadian flag and raising the orange flag. Canadian flags on campus flew at half-mast all week.

The orange flag, designed by story-teller and knowledge-holder Isaac Murdoch of Serpent River First Nation, recognizes the ongoing trauma that Indigenous people experience. While sorrowful, the flag also evoked feelings of hope, acknowledging the truth of and reconciliation with those impacted.

The flag-raising ceremony concluded with a song performance with the women’s hand drum.

The National Day for Truth and Reconciliation “affords us with an opportunity to recognize and commemorate the history and ongoing intergenerational legacy of oppressive forms of colonization,” said vice-provost and assistant vice-president of the Office of Indigenous Initiatives and member of Kettle and Stoney Point First Nation Christy Bressette at the ceremony.

“This is an opportunity to address these issues as Canadian issues by all Canadians,” added Bressette.

Kay^thókeᕈ Honyust and Ian^stalúkwas Elijah, two Oneida youth, commenced the National Day for Truth and Reconciliation with a Thanksgiving address in a video on Sept. 29.

This address, translated as “what comes ahead of matters,” is conducted before community gatherings and originates from a messenger in the 18th century who reminded Indigenous people to give thanks to the Creator in the time of war.

The address recognizes the thunder, the sun, the moon, the stars, the four directions and the Creator.

A Sacred Fire ceremony was also hosted at the base of the Music Building and Talbot College on Thursday.

The Sacred Fire ceremony allows participants to heal and release heavy emotions. Participants take sacred tobacco in their hands, holding it to their chests in prayer. They then use the left hand, which is closest to the heart, to place the tobacco into the fire, releasing any burdens.

Virgil Tobias, an elder from Moravian Reserve, conducted the ceremony.

The National Day for Truth and Reconciliation is “important that it’s a day. But what’s really important is that everyday you should remember these things,” said Tobias. “These things are things that happened.… If you know about it, it won’t repeat itself.… Everyday, you should be able to see an Aboriginal person and say ‘this is the life that they went through.’”

While the Western community has made strides in recognizing the truth of Indigenous history in recent years, there’s still a long way to go to heal and reconcile with victims and survivors of the Indigenous genocide.

“It's really important for Indigenous initiatives to be prominently positioned here at Western because it provides an actual way forward, a different way of looking at life in society — not as commodities, but as a holistic unit,” said Bressette. “And that's what education is all about, really. And so, this day, National Day for Truth and Reconciliation, is about honouring the history that has transpired but moving it forward in a way that will benefit all of us.”

Students can visit the Office of Indigenous Initiatives’ website to learn more about how to engage in truth and reconciliation.

Samar El Masri is a Copy Editor for volume 115. You can reach her at samar.elmasri@westerngazette.ca or find her on Twitter @samar_elmasri

Using data to plan your trip to Weldon

The best times to study in Weldon library, according to a week of foot traffic tracking and web scraping.

The CCMA’s will return to its usual programming for the first time in two years, all held in London.