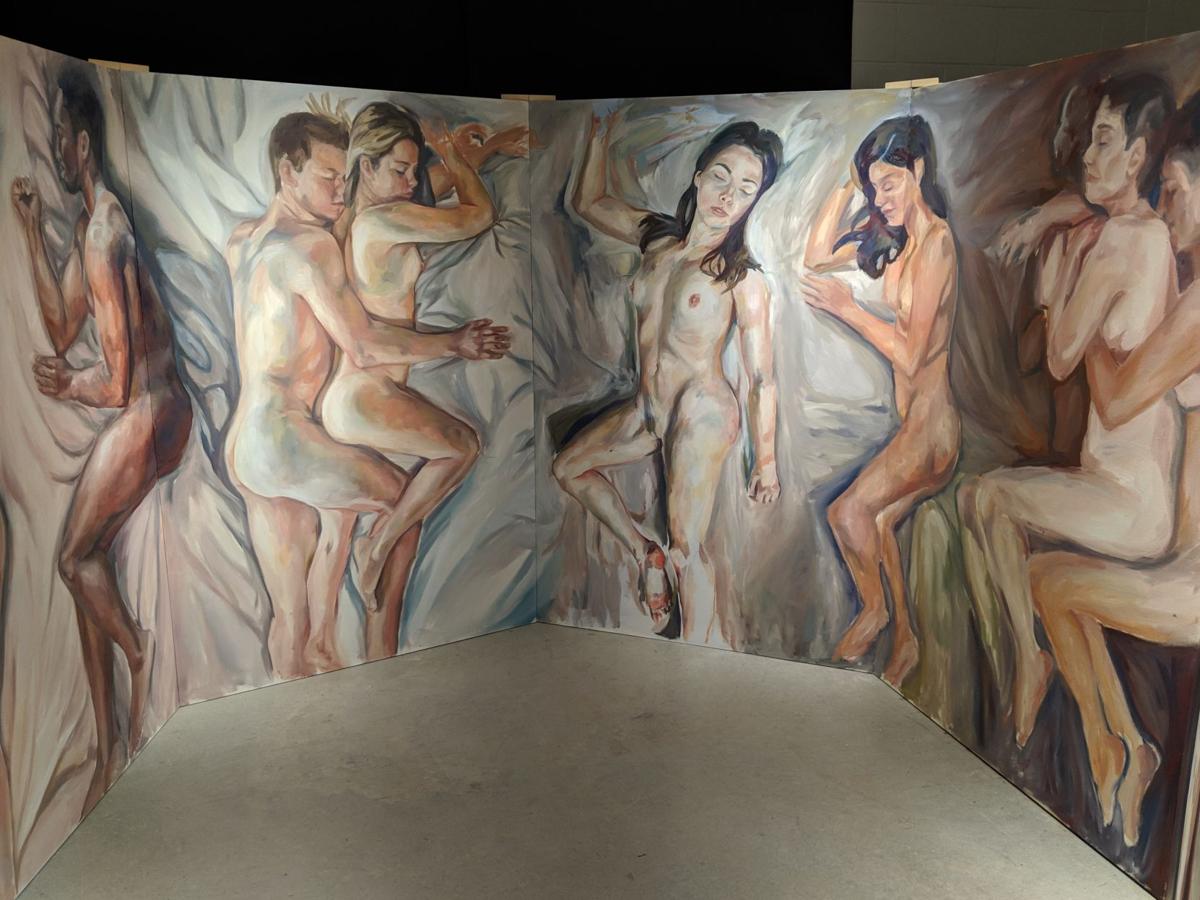 "Positions in which you sleep" by Rebecca Flynn featured in Happy Hour, March 22, 2019. 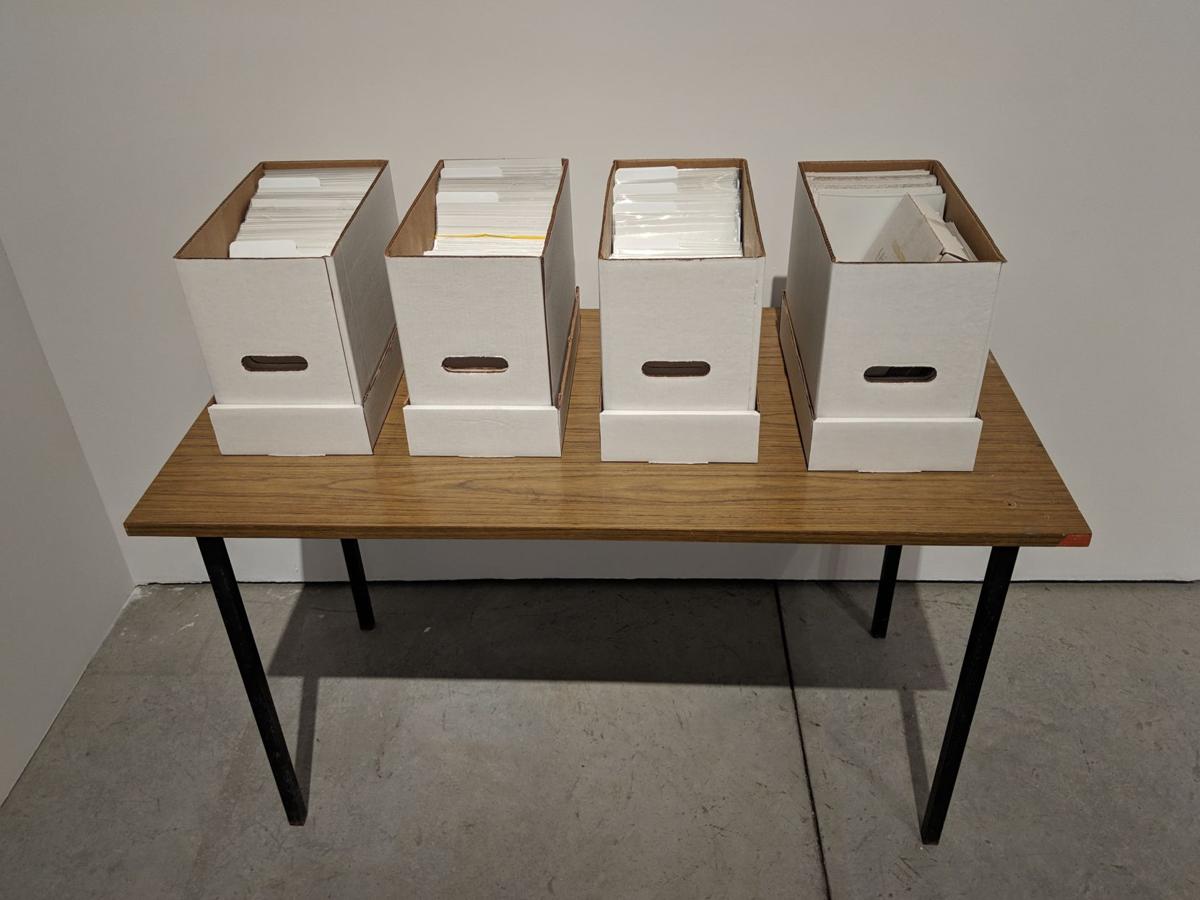 "The twelfth episode of the fifth season" by Olivia Mossuto featured in Honesty Hour, March 22, 2019. 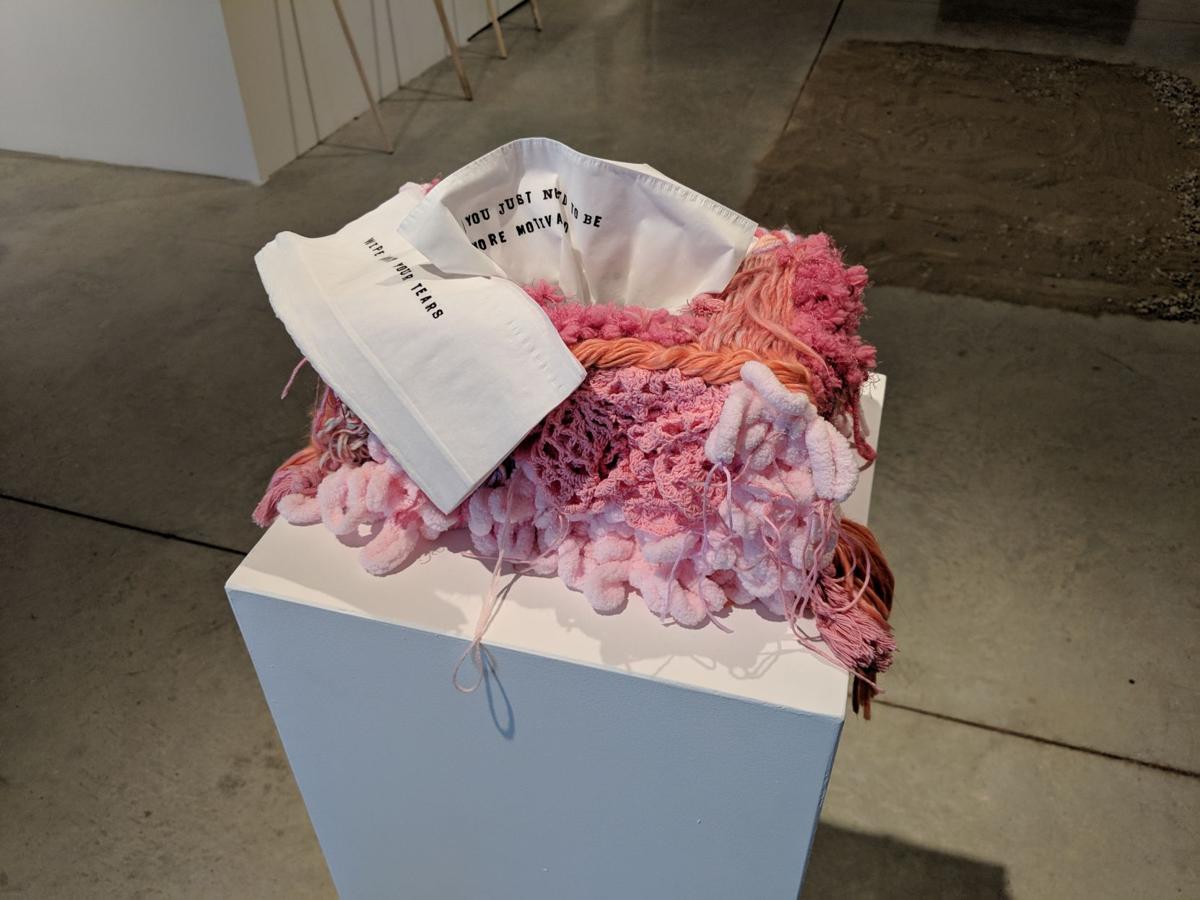 For 15 students at Western University, a year's worth of work has been distilled into a single gallery exhibit.

The fourth year Bachelor of Fine Arts practicum class opened Honesty Hour on March 22. Over the course of the year, the class has been working on developing their practice and figuring out what they wanted to present.

To the students involved, this exhibit represents more than a year's worth of work. They see this as a way to reflect upon their time here at Western University.

“There’s not a theme that underlies it, but it's also a reflection of a community and a culmination of four years. It’s not just the years worth of work,” Michael Thompson, a fourth-year arts student, explains.

The ArtLab Gallery in the John Labatt Visual Centre was transformed by a large L-shaped wall intersecting the room. This divide assists in making the room feel more manageable when first interacting with it. As you traverse the space, a set of constructed stairs is revealed. While the stairs are not a work in the space, their inclusion in the show allows for a literal new perspective of the space and the works contained within. This new perspective allows for a renewed appreciation of the work.

Olivia Mossuto produced two works for the exhibit: “The twelfth episode of the fifth season” and “A different mode of sustenance (I)."

“The twelfth episode of the fifth season” invites the viewer in to interact and flip through comic book sleeves, and has a greater impact overall. Each is filled with different objects, from event wristbands to handwritten notes. Mossuto creates a narrative of her own life within these four boxes; without ever meeting her, a great deal of information can be gleaned from these boxes.

Her work transcends a requirement of languages to convey complex stories.

The work of Rebecca Flynn is tucked away in a small cubby. “Positions in which you sleep” physically engulfs the viewer through the use of multiple canvases positioned in a ring. As the viewer steps in, they're fully surrounded by a collection of paintings in which people sleep on a continuous sheet.

The work creates a deep sense of intimacy by bringing the viewer into the bed of these individuals. Little is explained by the piece itself, and the viewer is left wondering, which invokes a sense of curiosity about their origins and placement in the gallery.

One of the most visually distinct pieces in the space is Cassidy Morris’s “You’re Fine.” The piece sits on a pedestal near the middle of the room; its bright colours contrast against the neutral tones of the room. The piece itself is almost organic in appearance. The pink tones and smooth forms created from various fabrics brings connotations of viscera and mimics the internal structure of humans.

The work abstracts any familiar aspect of a tissue box, the only clue to its form is the tissues spilling out of the top. Upon closer inspection, the work reveals words folded into the natural curves of the tissues. Through each stage of interaction, from initial viewing to intense inspection, the work reveals something new. The piece’s ability to have so many overlapping layers creates a truly interesting piece.

The fourth year practicum students’ collection has an ability to play off on another without needing a centralized theme. Their self-described community shines through the collection's ability to be cohesive despite the range of mediums and styles used. Honesty Hour is able to showcase the many talents of the BFA program at Western.

Honesty Hour is open at the ArtLab Gallery from March 22 to April 5.