King’s Players Theatre Company’s Catch Me if You Can the musical brings a new sense of flare and energy to a classic story.

Originally written in 1980, Frank Abagnale’s autobiography recounts his teen years as he successfully cons millions of dollars, posing as a PanAm air pilot, a doctor, and then a lawyer. The book was adapted into a movie starring Leonardo DiCaprio and Tom Hanks in 2002 and was finally written as a Broadway musical first produced in 2009.

Thalia Ranjbar, a fifth-year kinesiology student, directed the production. She credits its success to her cast and crew. Ranjbar calls herself an expert delegator, referring to the large number of tasks and details to manage when working behind the scenes on a musical.

“You have a tidy little box when you’re a performer of things you need to work on,” she explains. “But when you’re on our end, there’s just an array.”

Catch Me if You Can is one of the largest productions that King’s Players has worked on in terms of sets, costumes and cast, says David Carlson, a third-year political science student at King’s University College and the president of the King’s Players Theatre group. This proves to be no small feat for the cast and crew, who move from an airport to a family dinner to hotel rooms with only a few props and set changes.

“We had a lot of reservations about [the show] originally, because it’s a very technical show in that he literally is travelling around the world to an extent and living different lives,” Carlson states.

The ensemble makes these difficult technical aspects look easy. They perform flips and lifts with ease during dance numbers, accompanying nearly every number performed with shining smiles. Ensemble member Danielle McFadden stood out in the chorus.

The costumes, designed by Elona Theielen, steal the show. The ensemble and dance core wear different costumes for nearly every number, switching between dresses and bodysuits with impressive speed between acts. The costumes augment the perfectly choreographed performance of the ensemble, ranging from bedazzled leotards with feather fans to bold primary-coloured dresses for Frank’s opening song “Life In Living Colour.”

The costumes give the show an authentic, professional feel well beyond the production quality expected from a student performance. The ensemble and costumes (classic FBI blazers and fedoras) specifically shone in the jazzy number “Don’t Break the Rules” performed by FBI agent Carl Hanratty (played by Jack Sizeland) and the ensemble about Hanratty’s straightedge approach to his job and Frank’s fraudulent activities. 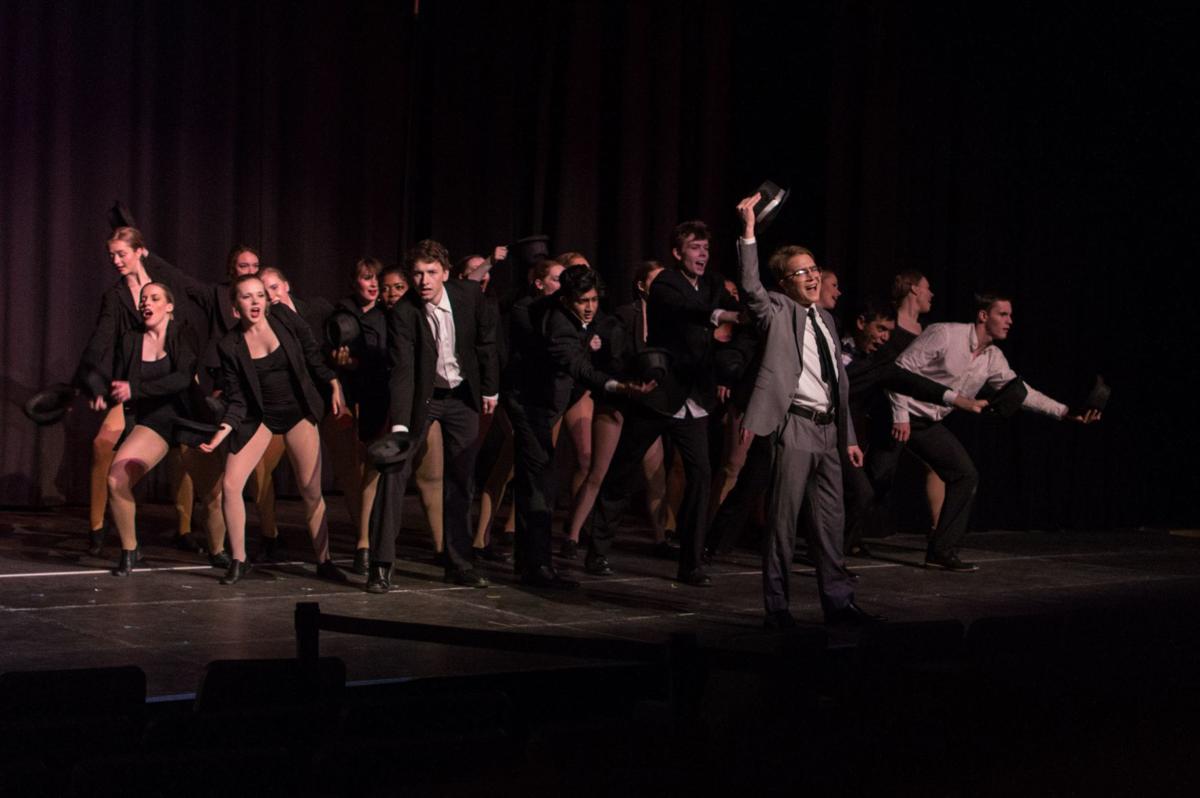 Carl Hanratty (centre, played by Jack Sizeland) leads the chorus in his jazzy number "Don't Break the Rules," about how he never broke the rules. Jan. 30, 2019. 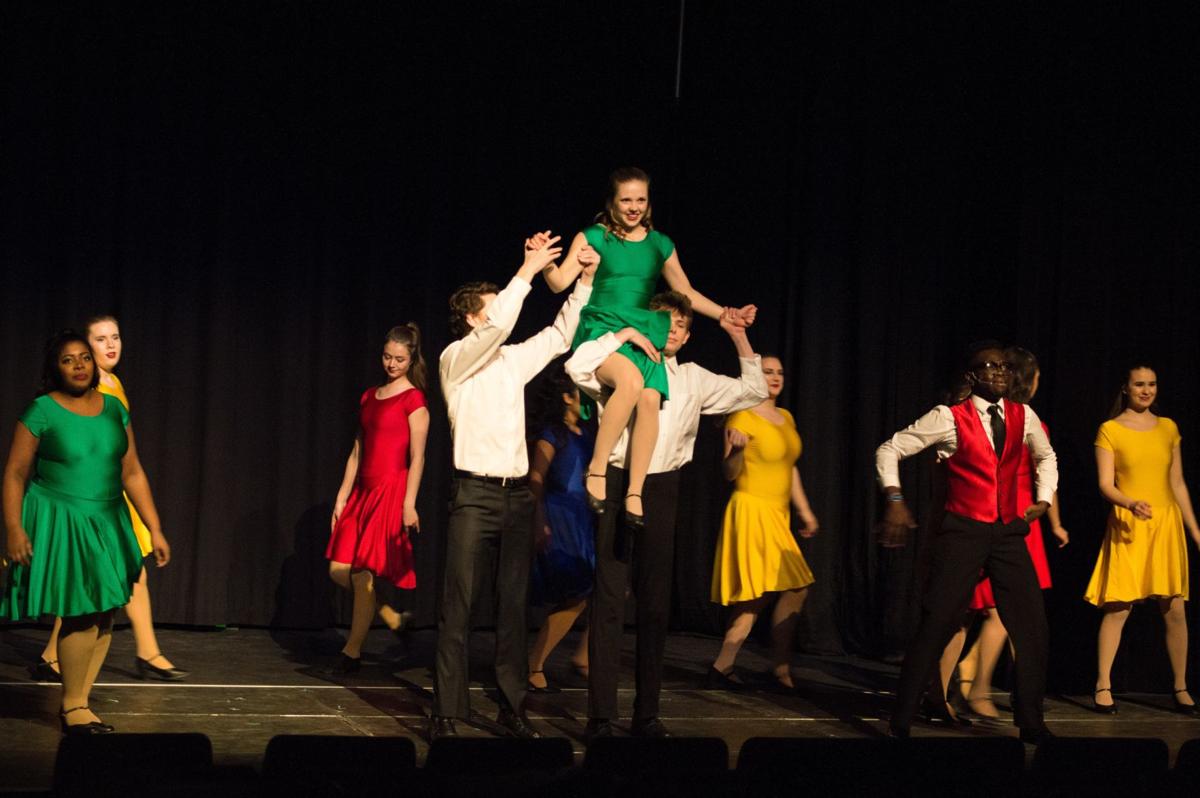 King's Players' Catch Me If You Can ensemble member Danielle McFadden is lifted next to a dancing Frank Abagnale (right, played Caleb Ajao) during the opening number "Live in Living Color", Jan. 30, 2019.

King's Players 'Catch Me If You Can' Collection

Carl Hanratty (centre, played by Jack Sizeland) leads the chorus in his jazzy number "Don't Break the Rules," about how he never broke the rules. Jan. 30, 2019.

King's Players' Catch Me If You Can ensemble member Danielle McFadden is lifted next to a dancing Frank Abagnale (right, played Caleb Ajao) during the opening number "Live in Living Color", Jan. 30, 2019.

Jack Sizeland brings Hanratty to life, with an impeccably corny Boston accent and sharp suits. Sizeland’s performance is just as memorable — if not more so — as Tom Hanks.

“Hanratty says ‘Frank’ ... and there’s something about it at that moment Jack … really becomes Hanratty,” beams Carlson. “As much as I think he’s a fantastic performer and has really embodied the character and has come a long way throughout this process, it’s at that moment where he is no longer Jack playing Hanratty, he is Carl Hanratty.”

Ranjbar agrees with this sentiment, adding, “Jack has left the universe.”

Caleb Ajao, who stars as Frank Abagnale Jr., brings a new energy to the stage unlike any other. With a large stage presence and a bright talented voice, Ajao proves to be a force to be reckoned with.

Nothing, however, is as memorable as the relationship that Hanratty and Abagnale develop throughout the show. The natural chemistry between Ajao and Sizeland is seen on stage, where they play off of each other, helping the audience to develop a more personal connection with each character.

Ranjbar mentions that both Ajao and Sizeland had a natural connection before even stepping onto the stage.

There’s no con here; the King’s Players Theatre Company’s Catch Me if You Can brings living colour to this show, demonstrating how a life of fraud can also illuminate genuine performances.

King's Players Catch Me If You Can ran from Jan. 30th to Feb. 2nd, 2019 at the Joanne and Peter Kenny Theatre.