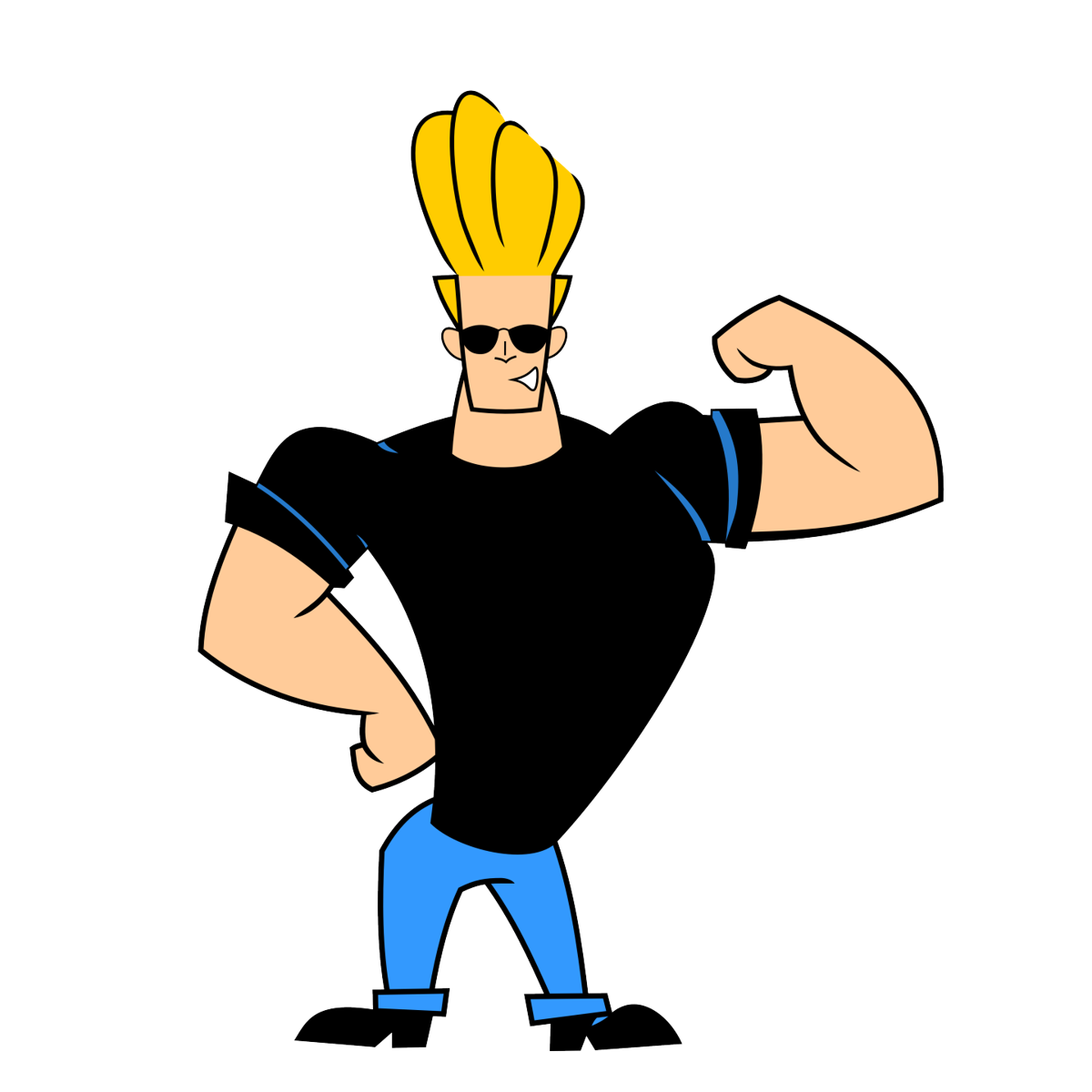 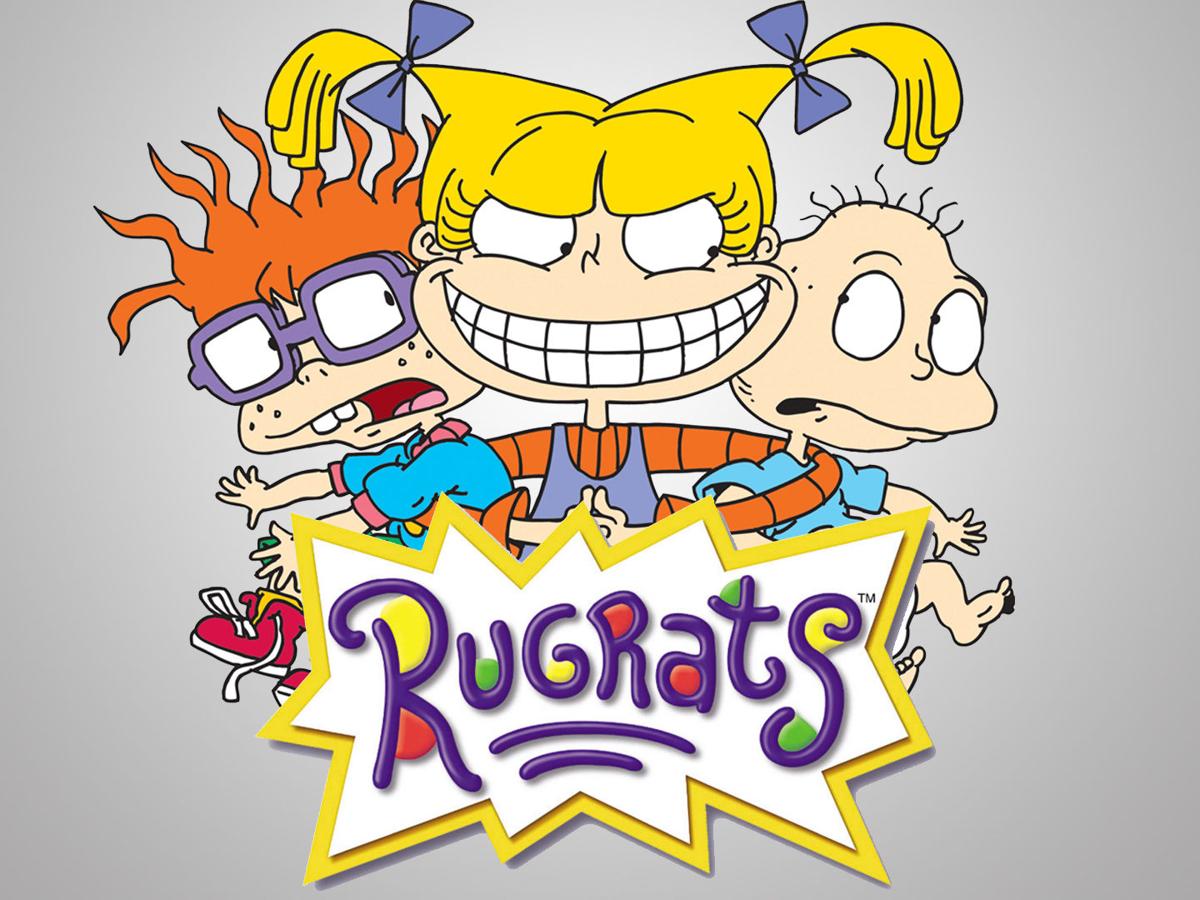 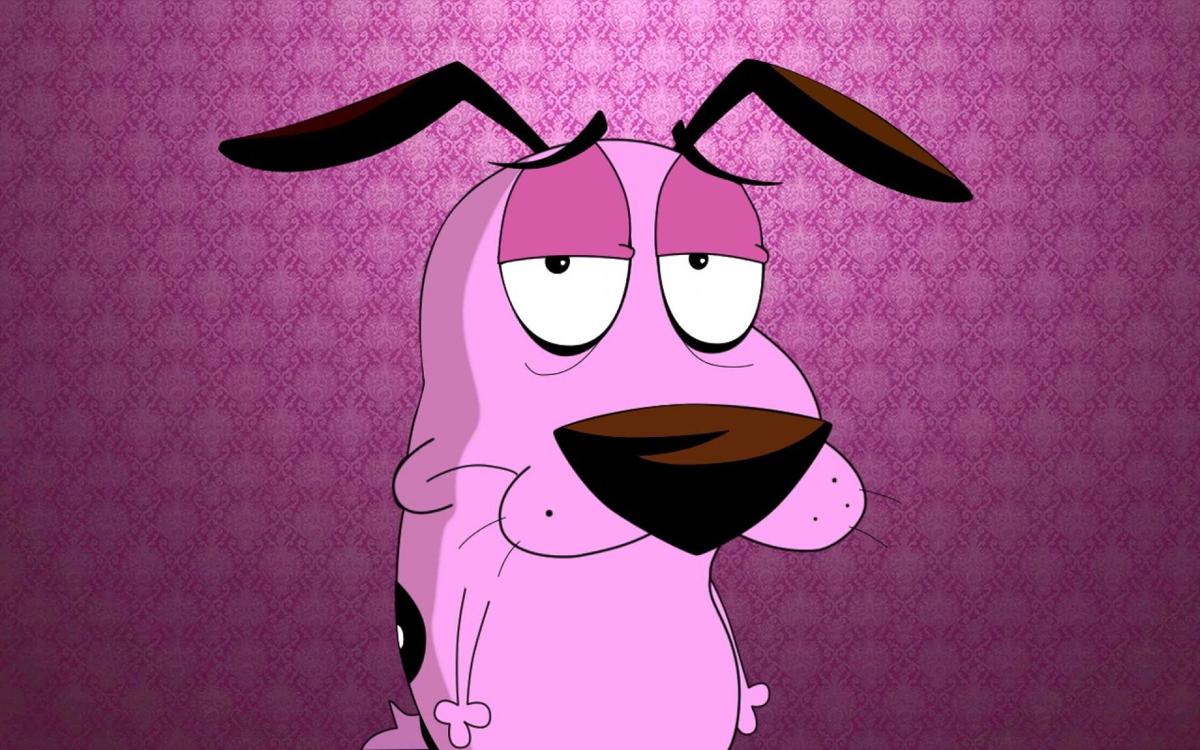 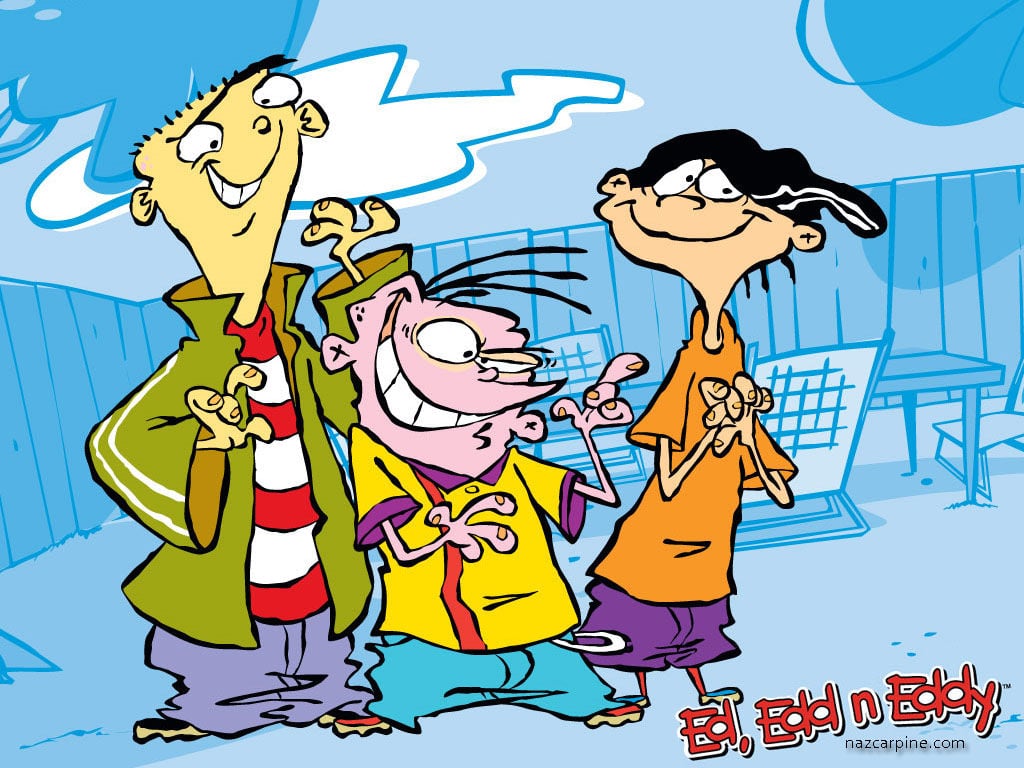 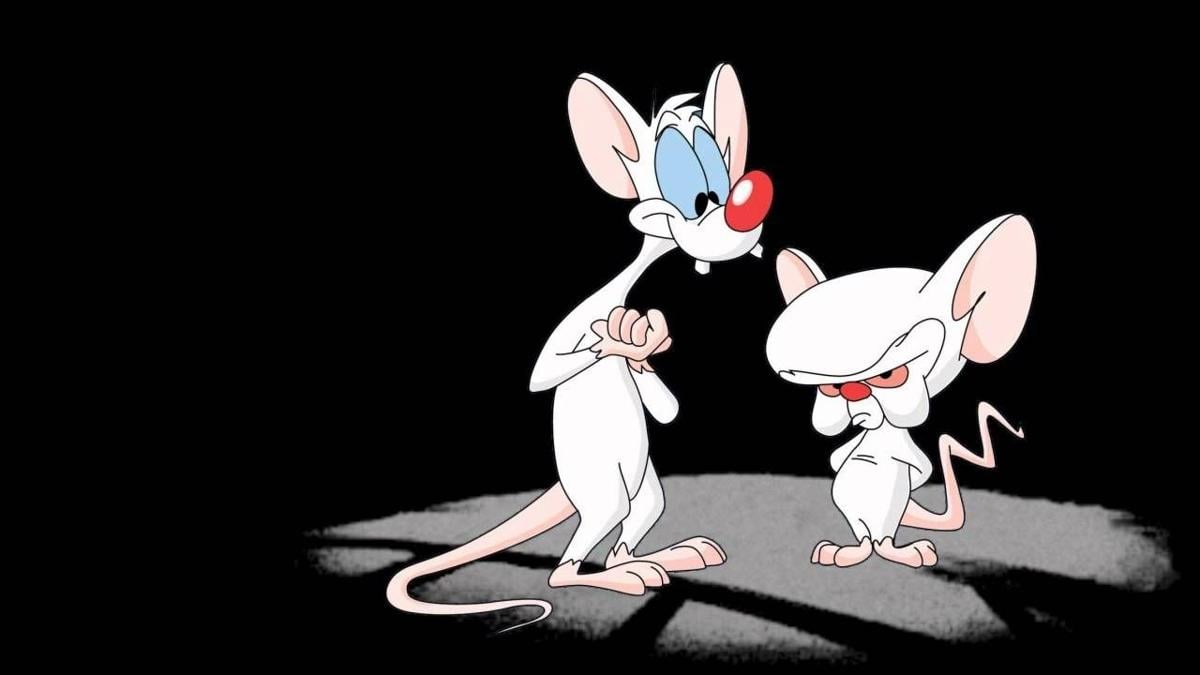 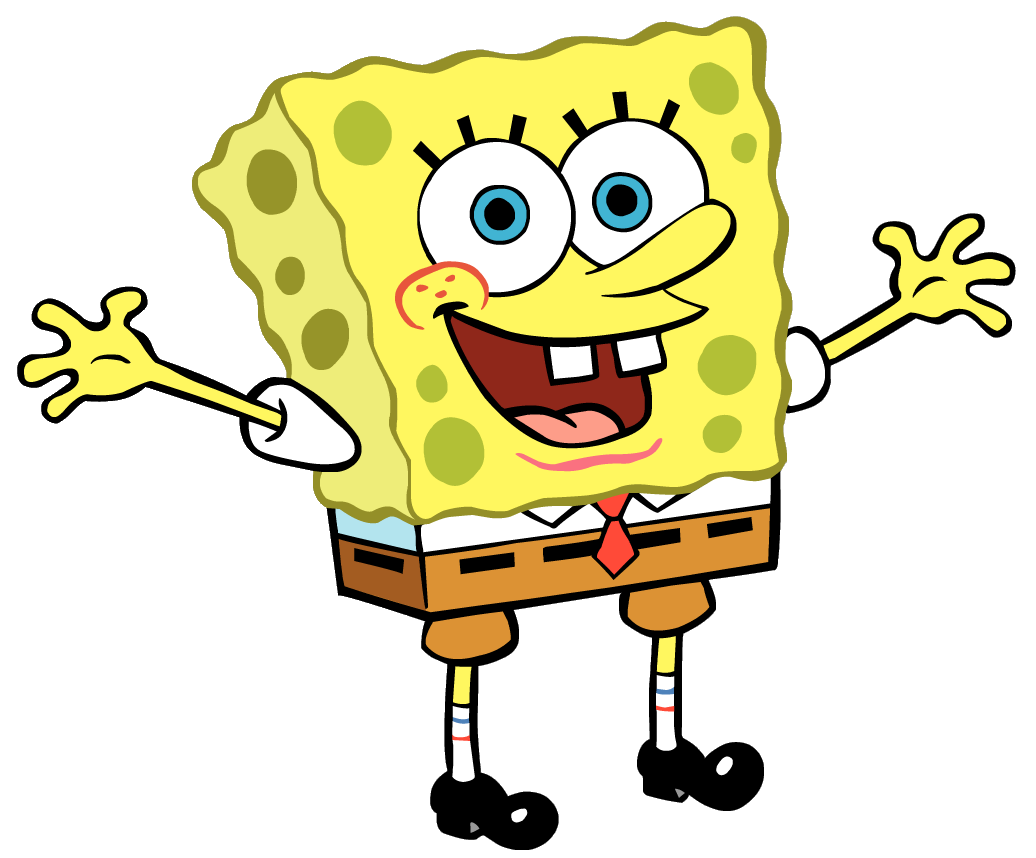 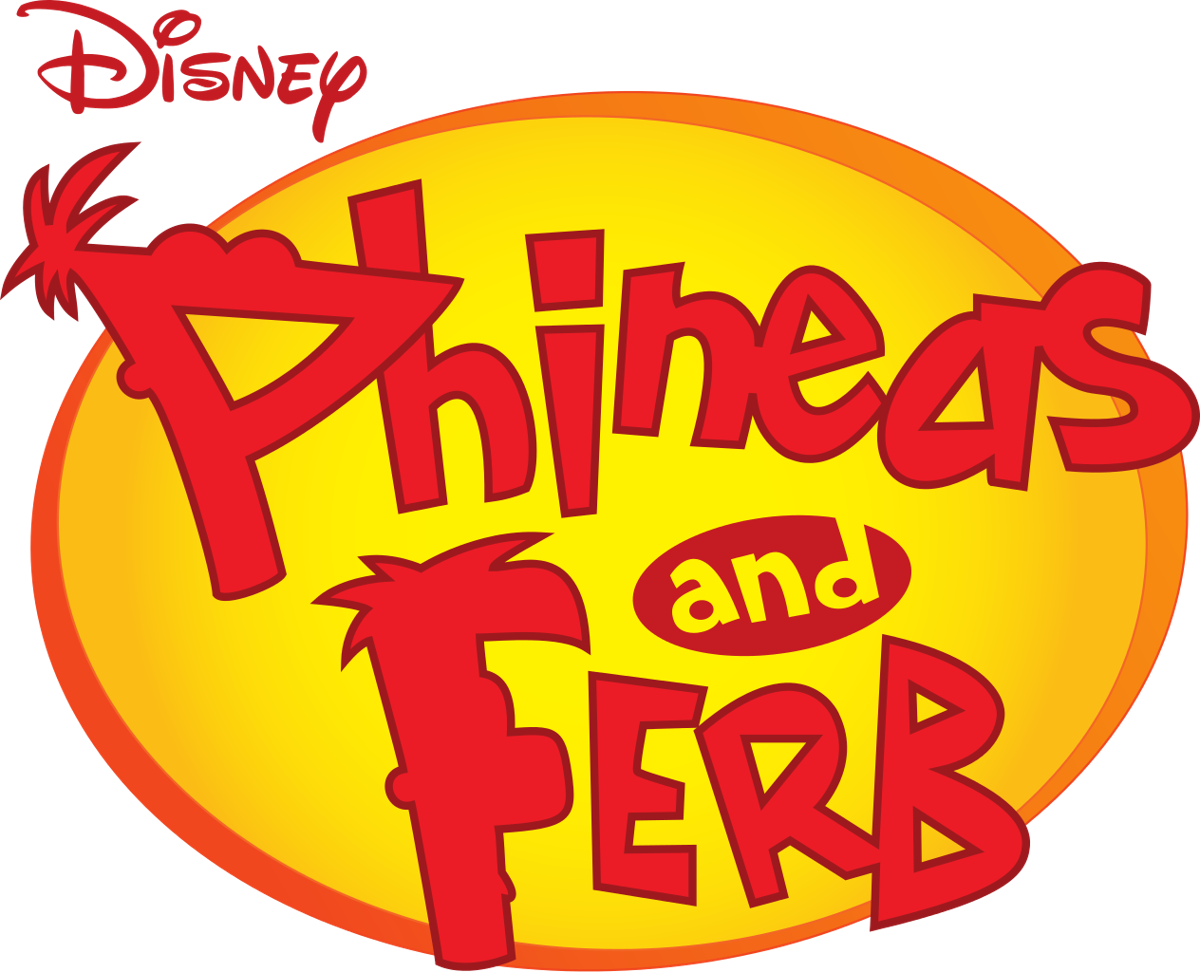 Did you ever watch Caillou as a child, but as you got older, you heard people talking about how the reason he was bald was due to cancer? And that his grandmother, who is telling the stories, is actually telling stories of her sick grandson who died of cancer? Well, it turns out this is not the only crazy cartoon conspiracy out there.

It seems people have trouble accepting cartoons as mere shows meant to open up the imagination of children. As a result, fans have created theories about story lines. Some of these theories are very extreme, but nonetheless amusing, compiled from conspiracy theory fan boards.

Warning: these theories may ruin your favourite childhood shows.

This conspiracy theory opens up the possibility that the kids living in the cul-de-sac are actually dead and are living in a purgatory-esque land and suggests that this is the reason for the children in the show seeming to be from various time periods.

For example, there's Rolf, who came from the 1900s and owned a farm, yet got trampled by the animals. Or there's Nazz, who was born in the 1960s, which explains why she appears to look and act like a hippie. The theory surrounding her is that she died from a serial killer who murdered her whole family, which is why she seems to have no parental figure.

All these kids share similar physical features that are strange to living children, such as their green and blue tongues. There is also a lack of adults among all the children.

Some people who stand out, though, include the Kankers, who are the only characters with normal-coloured tongues. One site said they were demons sent to purgatory to torment these children. I told you they were extreme.

If you’ve never seen Courage the Cowardly Dog, the title is pretty much self-explanatory. It is from the point of view of a dog named Courage who can be pretty cowardly.

His owners, Eustace and Muriel, own a farm; however, despite it being in the middle of Nowhere – literally Nowhere, a fictional town located in Kansas — the farm seems to grab the attention of monsters.

Without his owners realizing it, Courage always seems to save the day and protect his owners from these vicious monsters. The theory, though, explains this: rather than these monsters being unseen by the other humans and Courage always saving the day, the monsters are simply humans through the perspective of a cowardly dog.

The reason he feels as if he lives in the middle of nowhere with a farm that attracts monsters is because his owners never seem to walk him and so he has no perspective of the outside world. Haven’t you ever wondered why his owners seem to be pretty unfazed by the “monsters” trying to attack them? Or how the situations become exaggerated, assumingly in the eyes of Courage?

For example, every time Eustace tries to teach Courage a lesson, Eustace becomes a scary monster with a green mask. According to the theory, he is probably hitting him with a newspaper.

This theory is rather dark: it states that the Rugrats are actually dead and are a figment of Angelica's imagination. The theory begins by explaining that Chucky died along with his mother a while back, which is why Chaz always seems to be shaken up and anxious.

The DeVilles had an abortion and Angelica, not knowing the gender of the aborted baby, imagines twins. Tommy was a stillborn, explaining why Stu is always in the basement making toys for the son who never had a chance to live.

However, the theory doesn’t end there. The theory actually crosses over into All Grown Up, the spin-off series where the Rugrats are older. This part of the theory explains how Angelica's mother was actually a heroin addict and died of a heroin overdose, hence creating problems for Angelica while she was still in the womb. Since her mother is shown in the show, though, the theory says this is her step-mother.

Dil, the baby, who is actually non-fictional, has explanations as well as to why he acts so strangely. Angelica apparently hits Dil after mixing up whether or not he was real or not, causing brain damage to the baby. This one seems to have a few holes, but who knows?

Remember Johnny Bravo, the Elvis-impersonating lady-killer? Well, this theory states that Johnny Bravo is not so much a handsome, muscular man, but a dweeby child.

Some countering the theory say the women often inflict physical pain on Bravo when rejecting him, which would be pretty crazy and abusive if this was happening to a little kid.

However, considering the other exaggerations he makes, perhaps he takes the pain from the rejections and externalizes them into physical pain.

One reason this theory is not rock solid, though, is the fact that in one episode, Bravo actually has a flashback and recalls his high school days where he was a scrawny teen rejected from prom. In an attempt to win his date back, he gets extremely muscular. Why would a child make up a story like this? They probably wouldn’t. But who knows with this kid.

Pinky and the Brain

You remember Pinky and the Brain, right? Brain is a genius lab rat who wants to rule the world, and his unintelligent friend Pinky seems to ruin every plan Brain makes. This theory poses the question as to whether Pinky, rather than Brain, was actually the smart one.

The theme song, which sings “one is a genius, the other insane,” never specifies. When you actually go over the template of most episodes, this is what happens: Brain has a plan, Pinky finds a flaw, Brain ignores his ideas and fails every time, and Pinky turns out to be right.

In one episode, “That Smarts,” Brain decides to make a machine to come up with why his plans always seem to fail. The machine shows a picture of Pinky, so Brain makes a machine to turn Pinky into a genius. Pinky does not change.

Later on in the episode, it turns out Brain made a mistake with the machine and the machine reveals that Brain actually messes up his own plans. So rather than Pinky being a dumb sidekick, he may actually be the genius making sure his slightly-insane friend doesn’t hurt himself.

This theory is probably one you and your friends have joked about in the past.

You know how SpongeBob is always extremely happy, or depressingly sad and angry? This theory states that all the characters in Bikini Bottom are actually on drugs.

SpongeBob is on meth, hence the extremes of emotions with no in-between and always being extremely energetic. Patrick is a stoner since he laughs at everything and always seems to be eating.

Squidward is on heroin since he is usually down and always complains about how SpongeBob is so energetic. Mr. Krabs is on coke since he is always agitated, excited and concerned about money.

Sandy is an alcoholic since, as various sites explained, “she ruins every episode she appears in.” There could be no truth in this one, but it is humorous to ponder.

Another dark theory is the Phineas and Ferb conspiracy. This theory, similar to the Rugrats theory, explains how Candace actually has mental health issues and is not completely sane.

Phineas, her little brother, was bullied a lot in school and it got extreme one day and he was killed. Since then, Candace has been unable to cope with Phineas’ death so she created an imaginary world where he still exists.

Her other brother Ferb is actually immobile and can barely talk, so she created a world where her two brothers would go on amazing adventures together. This is why her mother can never see the contraptions her brothers create — they never existed.

Dr. Doofensmirtz is said to be Candace’s therapist so he becomes incorporated into the world as the villain. Pretty dark stuff.

Remember how jealous you were of Timmy Turner and his fairy godparents? They would grant him anything he wished for, with exceptions of course. This theory claims that the fairies, Cosmo and Wanda, are actually representations of two antidepressants, specifically Zoloft and Prozac.

The fairies appear in Timmy’s life the night Vicky, his evil babysitter, gets hired. In the show, it says that Timmy’s fairy godparents will be there for as long as he needs them and when he looks into the future, he still has them come his middle-age years. This could be due to the fact that Timmy does not recover from his mental illness.

In one episode, Timmy actually overdoses on magic, which could be a very clear metaphor for overdosing on antidepression pills.

The anti-fairies in the show represent illegal drugs, such as cocaine. The pixies would be the placebos due to their inability to make magic.

And what about Mr. Crocker? He is Timmy’s therapist, trying to get him off his meds. Another dark theory which, who knows, could have truth to it.

Who was Perry if this was all Candaces imagination 😭