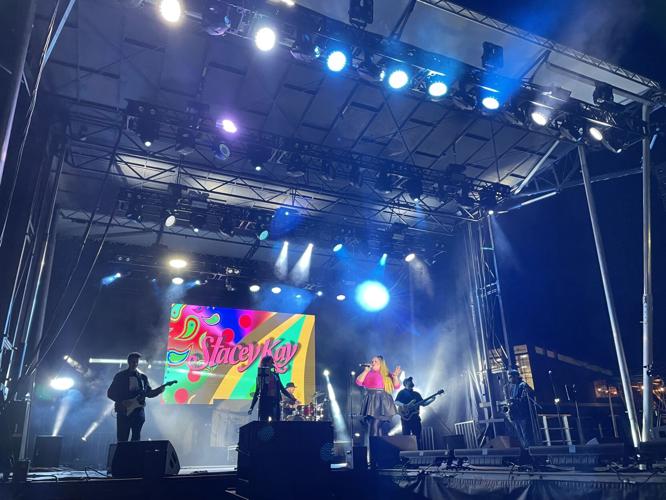 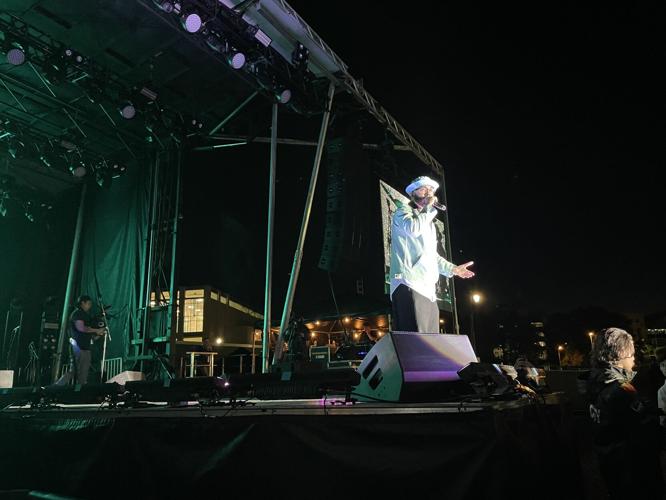 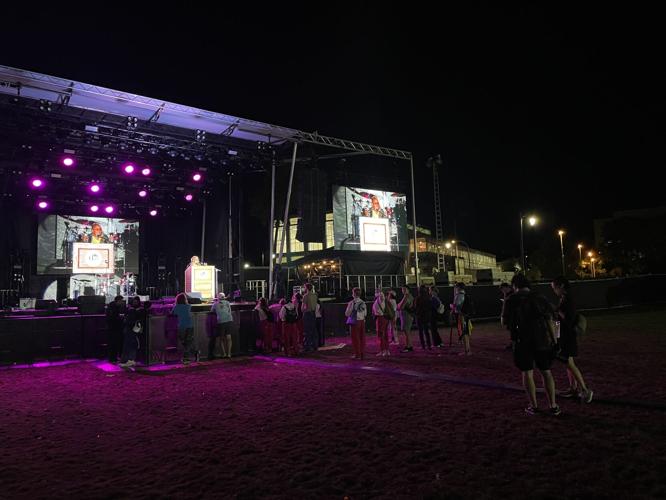 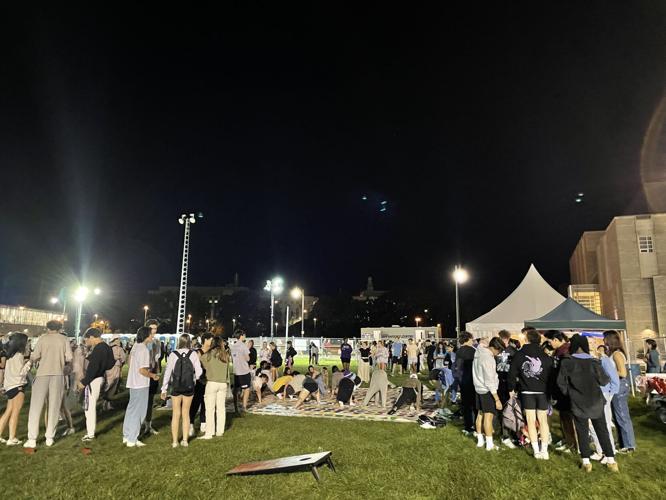 Games and bouncy castles at the back of the health sciences field during the event, Sept. 7, 2022. 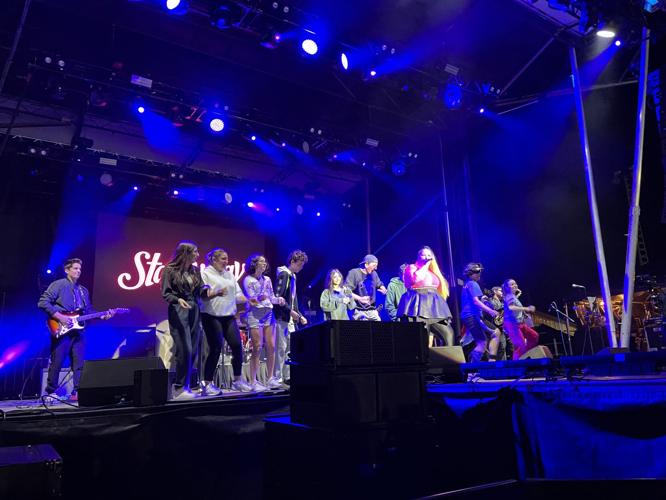 While this year’s One Love event brought the usual high-energy performances and heartfelt stories, there was no audience to meet them halfway.

The beloved Orientation Week tradition since 2011 took place on Wednesday evening. One Love is meant to promote acceptance and inclusivity with first-years starting their university careers, with speakers sharing some of their most vulnerable moments.

The event was hosted by Sarain Fox and featured performances and talks from artists Narcy, Francis Arevalo, Syrus Marcus Ware and Stacey Kay.

But what was meant to be a night of connection for the first-year community ended up falling flat compared to previous years with low audience attendance and an awkward event set up.

While there is typically a large crowd seated in front of the stage before One Love begins, 20 minutes after the event’s 8 p.m. start time, there was no audience seated in front of the stage, just small groups of stragglers standing near the stage. The majority of attendees could be found mingling at the back of the field, checking out the high-energy one-stop shop tent, which featured free cotton candy, a photo booth and a giant Twister game.

While an attempt was made to draw students from the back to main stage with a sweater giveaway, it only briefly attracted a crowd before most dissipated back towards the carnival activities.

Soon after the event’s first two high-energy performances, the crowd shrunk significantly. Though the speakers onstage asked the crowd at the back to come to the main stage multiple times and were ignored. At the lowest point in the night, a Gazette reporter counted 25 people in the audience.

Fox, the host of the event and an Anishinaabekwe artist and activist, came onstage to welcome students and share her personal story of growing up on the road with a single mother.

“Each and every one of you has a story that deserves to be heard,” said Fox. “The stories you have and choose to tell amongst one another will connect you right now, but may also connect you for the rest of your lives.”

Iraqi-Canadian hip hop artist Yassin Alsalman — popularly known by the stage name Narcy — was the first performer of the night. This was the peak of audience attendance for the night. Alsalman performed shortly after the sweater giveaway and had the crowd of approximately 100 people on their feet with his high-energy music and humorous video montages.

Filipino-Canadian artist Francis Arevalo opened his set with his song “Heatcheck” and spoke to the crowd about his mental health struggles in university. He was diagnosed with bipolar disorder and hospitalized in April 2015.

While Arevalo spoke, a majority of the attendees mingled near the bouncy castles and tents at the back of the field, seemingly disconnected from the heavy subject matter being discussed onstage.

The final performer of the night was Stacey Kay, who rocked out the stage with her band, performing covers including Lizzo’s “About Damn Time” and Queen’s “Somebody to Love.” Sparkler fountains and purple and white confetti lit up the stage for the grand finale.

In the end, while performers and speakers shone on stage, the activities set up at the back of the field drew attention away from their performances making this year’s One Love underwhelming compared to previous years.

The Gazette’s sports editors weigh in on their predictions for this year’s Mustangs-less Vanier Cup at Western on Saturday.

London city planners and a group of climate-concerned Ivey professors have raised concerns over the new Bill 23, introduced by the provincial government to increase housing supply.

Western Technology Services has sent false phishing emails to students in an effort to bring awareness to scam emails at the university amid rising concern.

Fanshawe Pioneer Village is starting its holiday events this weekend with the Holiday Market, focused on featuring small, local businesses.