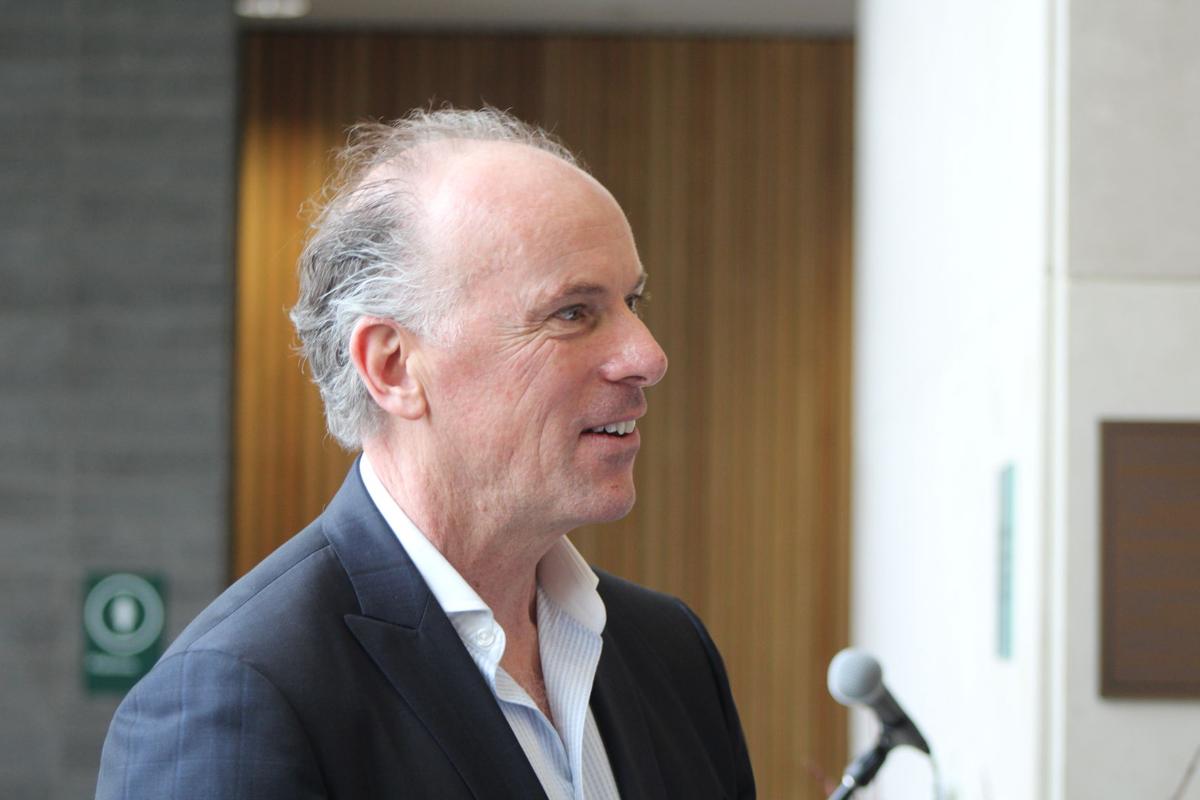 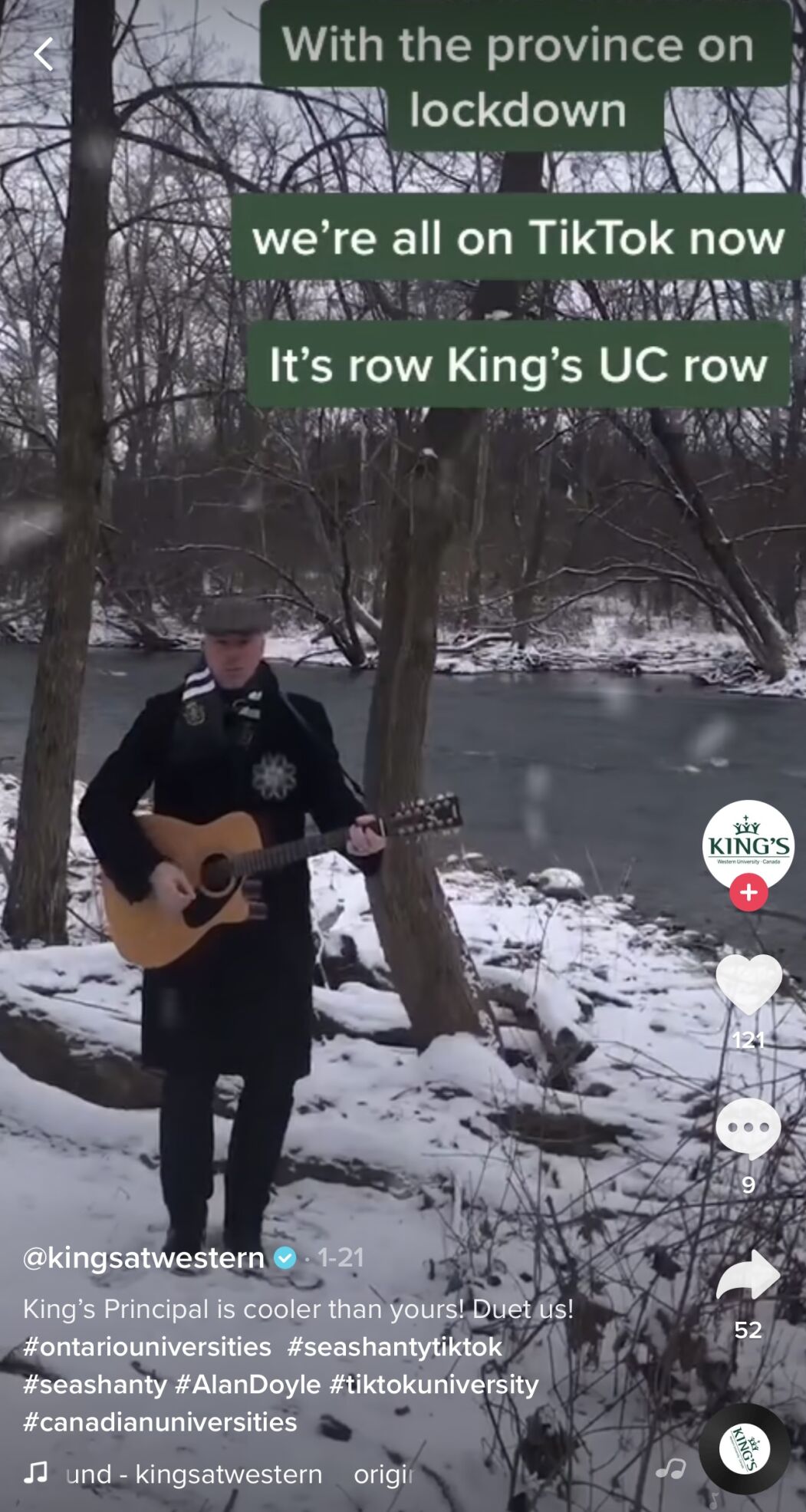 In a movie-plot rise to fame, a sea shanty TikTok has begun to gain popularity, receiving attention from famous musicians — and King’s University College's very own principal, David Malloy, has the starring role.

The TikTok — posted on Jan. 21 — has Malloy playing his own original sea shanty while wandering along the Thames. It has been viewed and liked hundreds of times on Twitter, Instagram and Facebook.

A sea shanty is a traditional folk song typically performed by fishermen while they did intense, repetitive tasks like deck-scrubbing. A distraction from the repetitive work at hand, the songs are typically done a cappella and first appeared around the 19th century.

“I’m thrilled with how people have received this sea shanty,” says Malloy. “It’s getting more attention than I thought it would.”

Sea shanties began dominating TikTok earlier this year, when Scottish user Nathan Evans posted a video of himself singing “The Wellerman.” The video led to a resurgence of sea shanties’ popularity, with famous composer Andrew Lloyd Webber getting in on the action.

Malloy decided to join in on the fun to lift the spirits of King’s students.

“The credit really goes to my communications team,” explains Malloy. “They know that I’m a part-time musician and they thought I could come up with something. They had a bit of a song already written and threw it over to me.”

“I have a studio at my house in my basement and about 45 minutes later, there it was. I sent it to my communications, they liked it, and said ‘why don’t we do a video down by the Thames?’ and, well, the rest is history,” he says.

The TikTok has gotten attention from many, including a nod from Alan Doyle, lead singer of folk band Great Big Sea.

“Getting the nod from Alan Doyle was pretty cool,” Malloy says. “He's like the Socrates of sea shanties. I think that he’s coming [to Ontario] next year, so hopefully he can pop by King’s so we can thank him personally for his support.”

While Malloy has only been at King’s for a year and a half, this isn’t the first time he’s put his musical talents to use for a university. When he lived in Saskatchewan, Malloy was part of a band of university professors who did charity fundraising for the University of Regina.

As a part of another band — composed of the mayor of Regina and other senior public figures — they raised over one and a half million dollars for cancer research.

“I would love to put together something similar here in London of senior people in the city who want to get together and play music for charitable causes,” says Malloy. “I would love to replicate what we did in Regina.”

While Malloy knows the TikTok was on the sillier side, he hopes that it brought a smile to students.

“The point of a sea shanty is to lift spirits while you’re doing hard work,” says Malloy. “If there’s any way that this little song helped anybody through that part of that day that they heard it, then mission accomplished.”