Skip to main content
You are the owner of this article.
Edit Article Add New Article
You have permission to edit this article.
Edit
Home
News
Sports
Culture
Opinions
Video
Special Editions
Contribute
Contact
Advertise
1 of 13

A Western student surfing a wave in Port Stanley on Lake Erie. 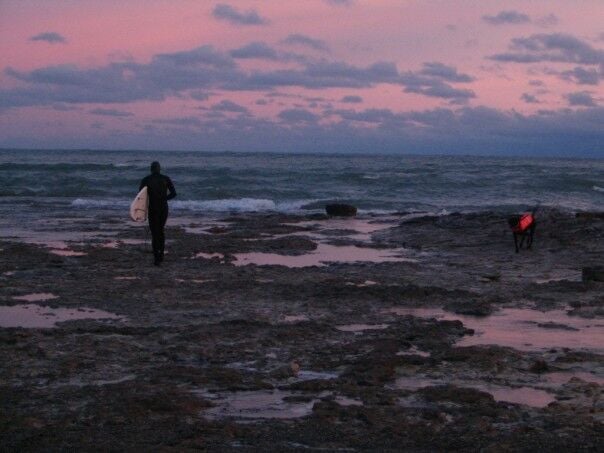 Simon Baarbé and his life-vested, dog heading out in search of freshwater swell. 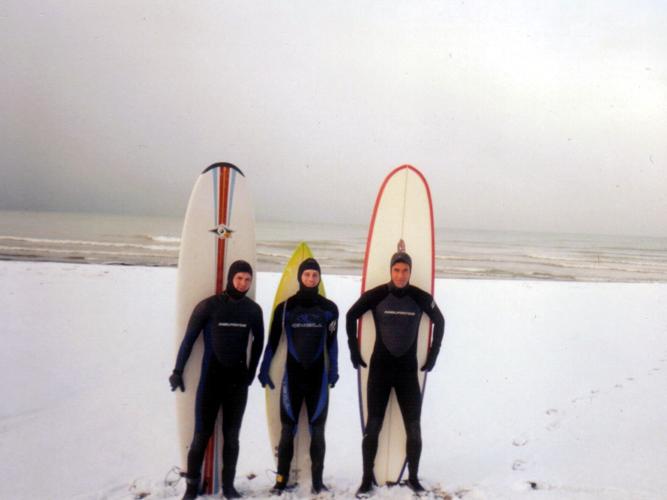 Tristan, Jordan and John circa 2003, before the surf club was officially formed. 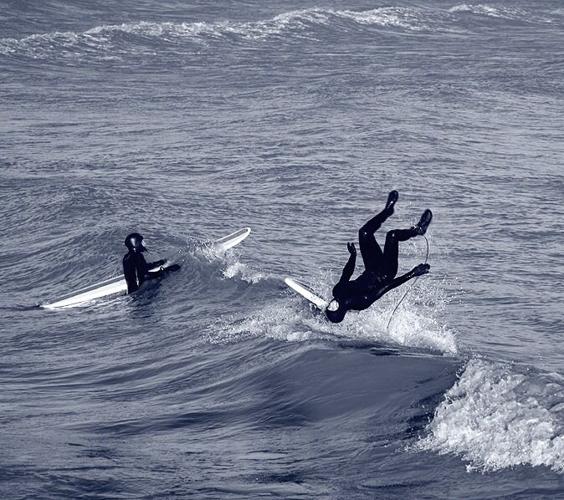 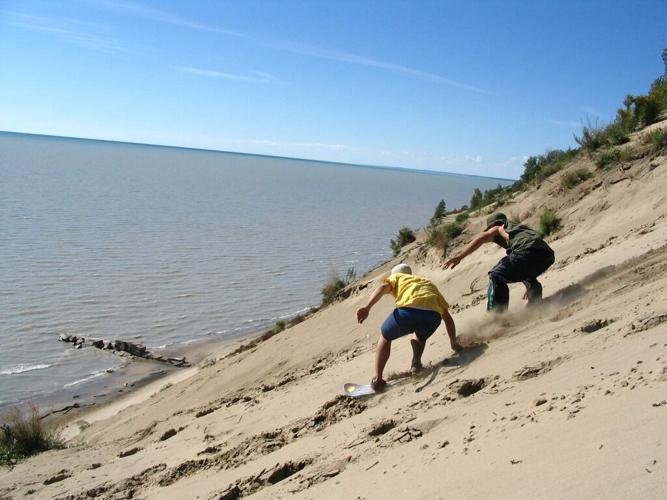 Two surfing club members trying out sand-boarding at the Redbull sponsored event along the shores of Lake Erie. 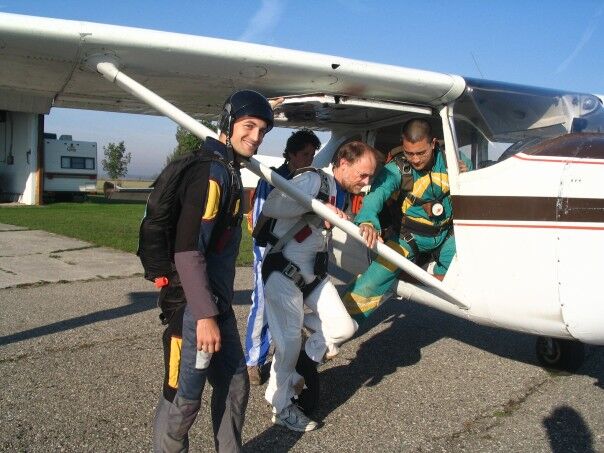 Students of the skydiving club prepare for their ascent. 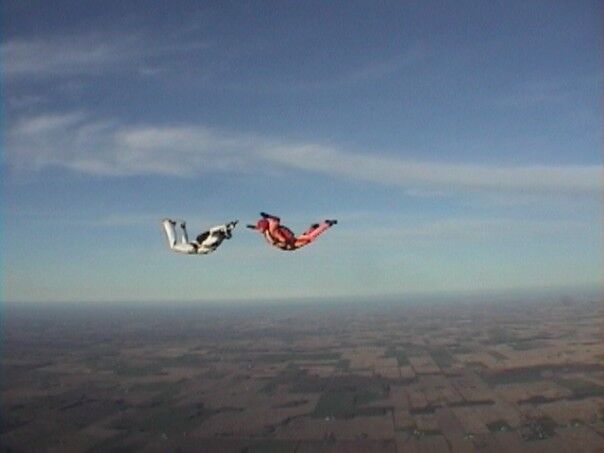 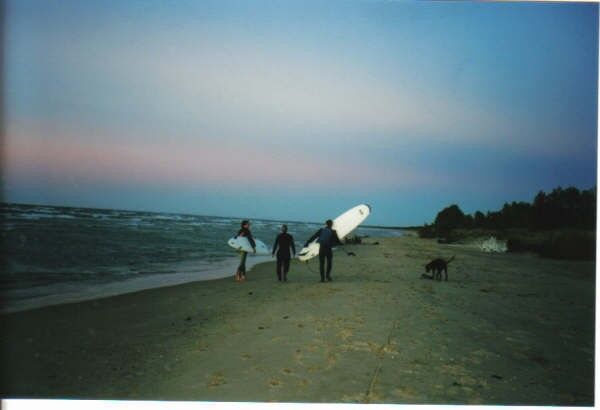 Surfing gets students up early and staying out late at the lake, as part of the Western Surfing Association. 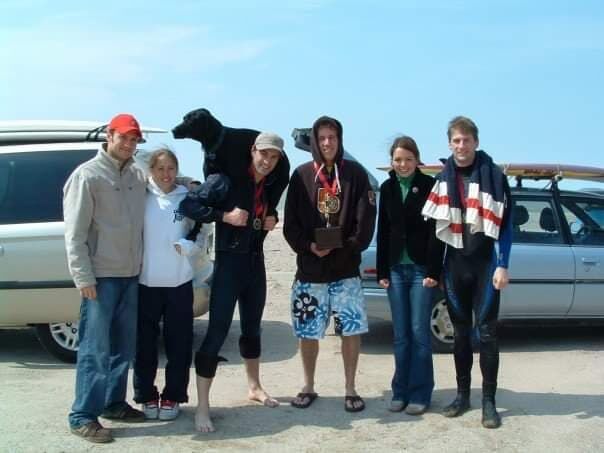 The 'End of Summer Surf Spectacular’ competition circa 2006. 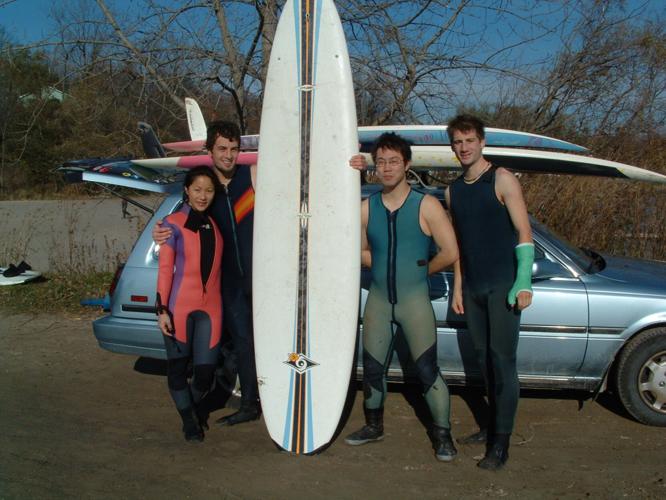 Jordan Poste pictured with a cast that was wrapped in a plastic bag for the upcoming surf session. 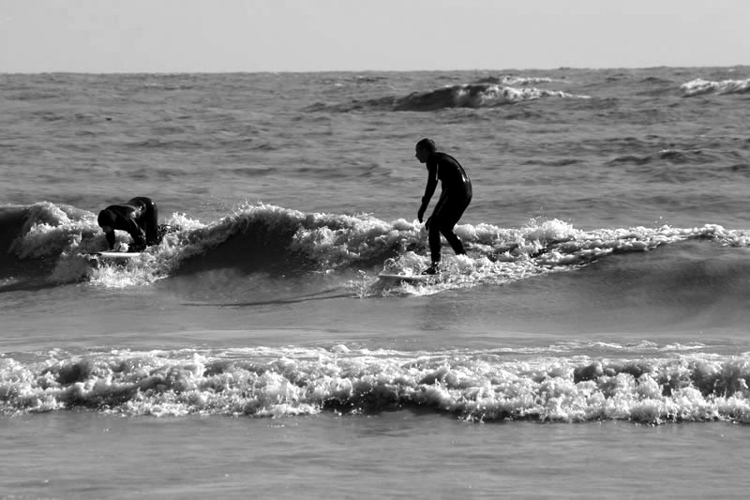 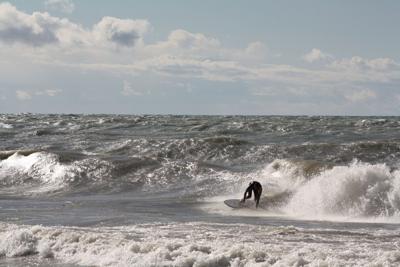 Dark silhouettes contrast the deep blue of the water. As the waves roar, they turn their backs to the shore, keeping their eyes trained on the horizon. Hoots of excitement and encouragement cascade from the paddlers as one pops up onto their board and is driven forward by a wall of water.

Unknown to most, the University Students’ Council club archives paint the picture of a surf scene equal parts snow, sand, storm, sun and spray. Landlocked in Canada, Western University students carved out this freshwater surf culture through a confluence of genuine passion, perseverance and community.

Before freshwater surfing fully emerged as a Great Lakes sport, there were hundreds of students discovering surfing as part of Western’s Surfing Association.

Founders Jordan Poste and Tristan Snider, who jokingly refer to each other as Star Trek's “Janeway” and “Chakotay,” pitched the club to the USC in 2004. The club was founded on growing surfing accessibility for students.

“The biggest barrier back in the day was getting boards and wetsuits,” writes Poste. “The best surf seasons of autumn and spring, coincide with colder, sometimes frigid water temperatures, and gusts upwards of 80 km/h.”

When they approached the shop, the owners instantly fell in love with the duo’s passion and offered them dive wetsuits rentals at a discount price for members — an early sign that surfing might captivate the hearts of the local community.

The club grew from about 45 members to 200 in the following year.

Due to the lack of local shortboard options, Snider shaped and fiberglassed his first board from scratch. In future years, that surfboard would offer club members more opportunities to carve and cut back on clean swells.

Poste describes it as “styrofoam covered in epoxy. No stringer and very pointy. The ‘narwhal’ of surfboards.” Snider cleverly counters that the stringer — usually a stiff strip of wood adding integrity to the spine of the board — “was painted on with structural spray paint.”

Although they poke fun about their surfing expertise back in those early days, their innovation kept the club alive. They were making a splash thousands of kilometers inland from any traditional surf destination.

The founding members organized frequent surf trips to Lake Huron all the way from Kettle Point to Kincardine, and along the shores of Erie from Rondeau Beach to Crystal Beach. Depending on the wind forecast, club members would carpool to surf breaks up to two and half hours away from campus. Although surf sessions were less common in the summer, they did allow members the opportunity to surf without wetsuits.

Kurt Johnston, a member from the mid-2000s, recalls the experience as “hilariously improvised and full of whitewash, [but also] among the most fun I had in university.” Kurt wrote a piece about his experience titled "Great Lakes surf 'n' snow" for the Globe and Mail in 2006.

Andrew Cram and Simon Baarbé propelled the club forward serving as presidents in the second half of the decade. They diversified the club by hosting photo galleries and sand surfing events sponsored by Red Bull — events that Cram credits for driving new members to join.

“Back then, Red Bull was peaking. Blue Crush had recently been released in theatres and here was this fun, unique experience that no one knew about," writes Cram.

Cram also credits Baarbé for boosting membership in those years by organizing The Point Break Special — a name derived from the then recent Keanu Reeves surf flick Point Break — which included discounted membership to both the skydiving club and surfing club.

In its heyday, the club had over 400 members. While surfers today can use free applications like Google Earth to scout out new surf spots, Baarbé recalls using clear days skydiving to scout them out from above.

Despite the growth of the sport at Western and around the Great Lakes, the USC cited a high risk for student safety that led to the club’s demise in 2012. The club continued informally within social groups until 2014 and then became inactive altogether.

Adrenaline seekers found a home at Western in those days, but more than that, students were able to explore the new territory of a sport inconceivable in the region. Adopters of the sport were able to immerse themselves in lakes that were easily mistaken for seas or oceans and none of the club presidents recall any student safety incidents during their tenure.

Although some club alumni surf less frequently than in their university days, they still share the same stoke that can only be earned by braving the cold “washing machine” that is the Great Lakes and discovering uncharted waves. All of the presidents fondly remember the sheer joy of cheering on friends as they pop up on their boards and glide atop elusive waves.

Although the sky diving club isn’t around anymore to help build membership, no one knows what the future holds for Western's Surfing Association's reinstatement. New surfing equipment has added safety to the sport and the body of knowledge promoting safe practices has grown. With the increase of surfing in the Great Lakes and the opening of surf shops in Toronto, Kincardine and Goderich, the future looks promising.

“I hope some students dust off those boards and get after it," Cram writes. "Cold water immersion is trending now, so the club benefits should sell itself.”