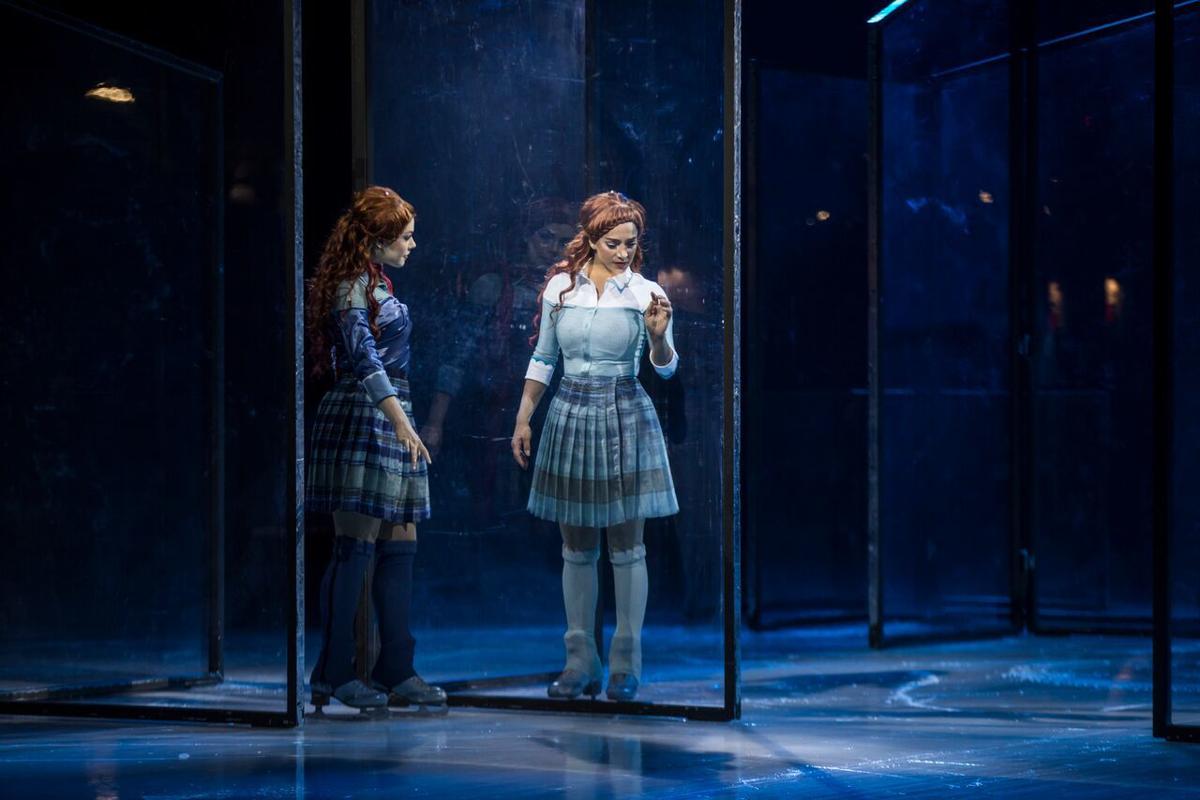 Crystal (right) beside the physical manifestation of her shadowy reflection. 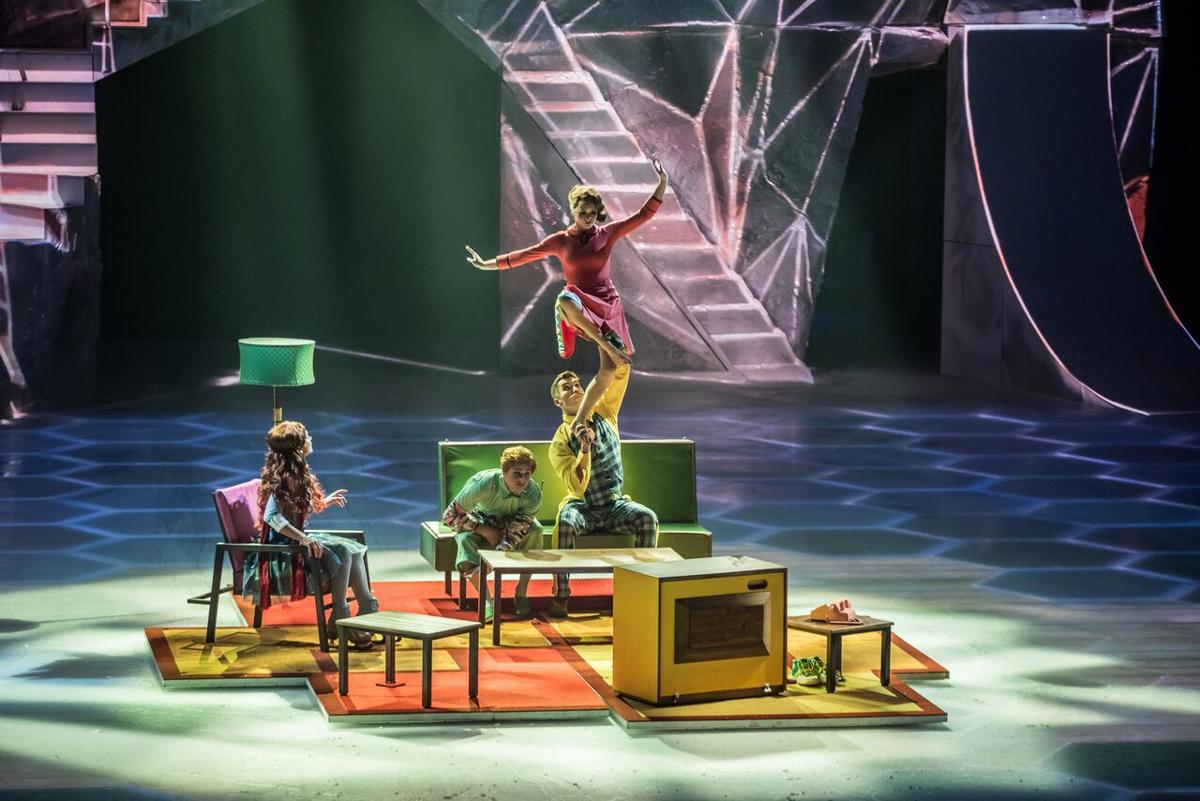 Crystal (left) watches her family dance across an interlocking set. 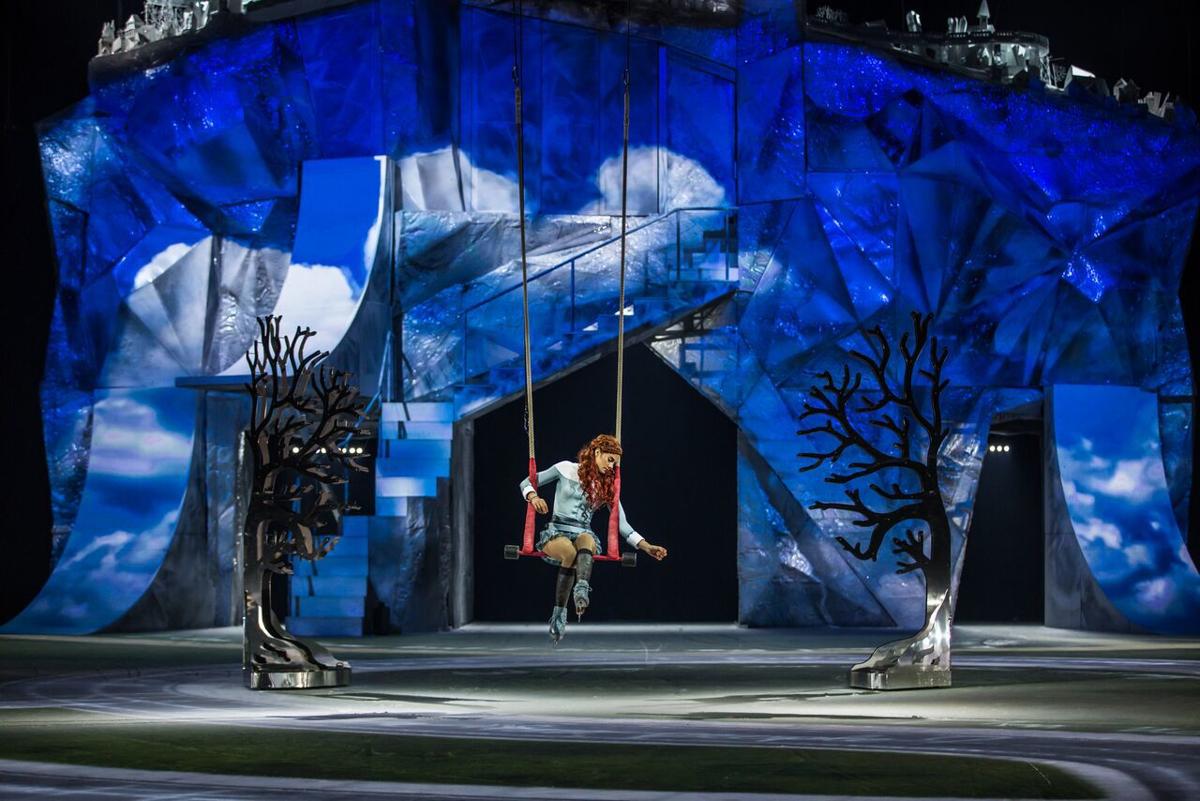 Crystal on her childhood swing in front of the a two story structure housing ramps and hidden rooms. 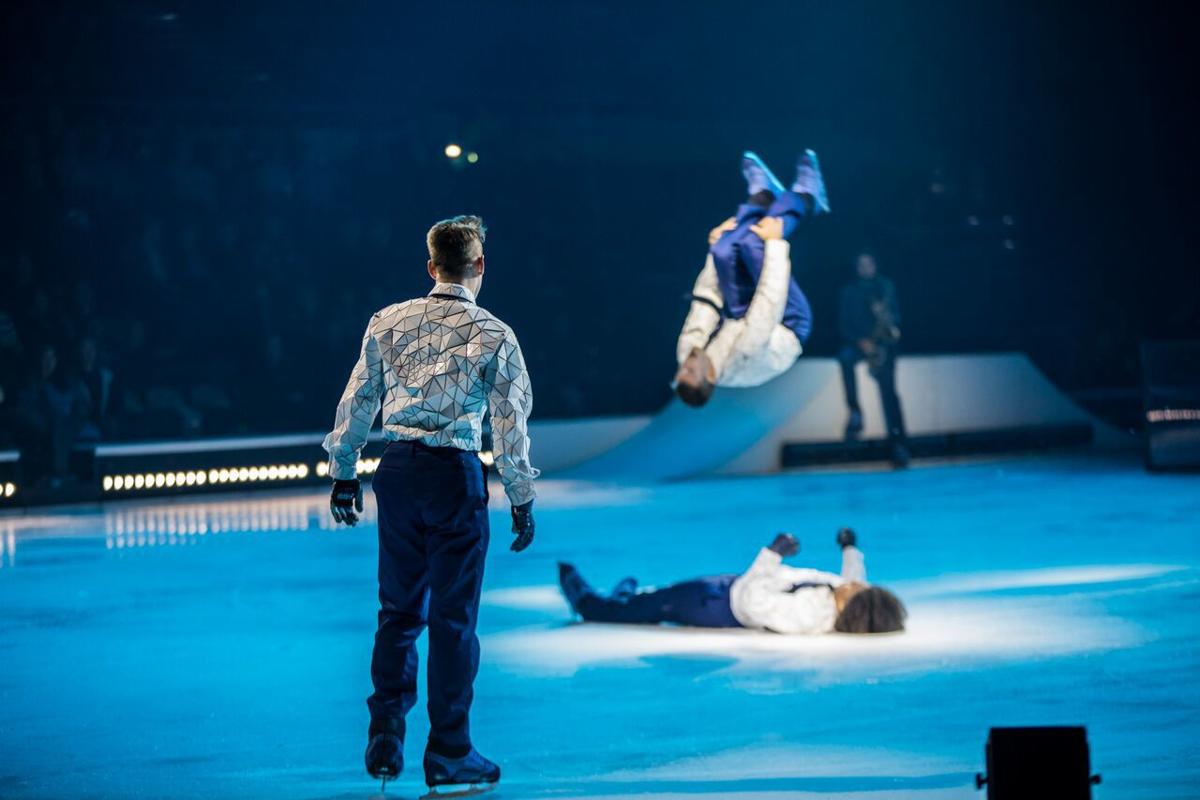 Crystal (right) beside the physical manifestation of her shadowy reflection.

Crystal (left) watches her family dance across an interlocking set.

Crystal on her childhood swing in front of the a two story structure housing ramps and hidden rooms.

Cirque du Soleil’s Crystal is the definition of a watchmaker's precision — no easy feat for a show on skates and swings.

Crystal, Cirque’s first-ever on-ice performance, tells the story of its eponymous lead as she journeys through the surreal world of her subconscious in her flight from an overbearing life.

Portrayed in two forms — a quirky and misunderstood girl and her confident and brazen reflection, depicted in shaded garb echoing Crystal's — Crystal explores her imagination, encountering flashbacks and uncovering creative outlets, in a bid to accept both sides of herself.

Crystal's reflection exists within her imagination, its shadowy nature implying that societal pressures have forced Crystal to relegate this side of herself to her subconscious.

Through these opposing entities, Crystal — and the viewer — learns to appreciate all sides of the world.

At the first conflict, the sky fills with falling snow. It’s a squall on the rink, but the real magic is in how the snow eventually flutters throughout the stadium. This crystallizes a change, a transportation to the world of Cirque. Real life is messy and unstructured. But this isn’t real life anymore. This is surreal life.

Occasional narration gives context to the scenes, but the choreography, the acrobatics and the score sculpt the story. Projections on the rink and the background structure denote scene changes and deliver exposition unobtrusively, allowing the performers to glisten.

A bold choice and another first for Cirque, pop song covers parallel the scenes they accompany, like Sia’s “Chandelier” for Crystal's high-flying artistry as she swings above the ice. The orchestral pieces keep the show in time: There’s heavy reliance on piano and violin, and the long, blending notes of the violin complement the continuous, fluid nature of the skaters navigating a rink.

When it comes to the stunts, precision is key. Adding ice makes it no easier.

In an embodiment of this mechanical precision, a performer “carves” words in the ice as projectors trace her gliding strokes. Trace even a single letter with a calligraphy pen: now skate it.

Other feats include the unharnessed aerial acrobatics. With two red ribbons dangling from above, Crystal and her suitor trade positions while soaring above the ice in elegant poses.

The set, without a cog out of place, employs Tetris-style pieces, allowing skaters to lock the scene together in a few precious ticks. Later, a single actor effortlessly removes the assembled puzzle-piece flooring. Scene changed: no mis-skates.

Two minor flaws jam the gears of the performance: a slight tumble on a very impressive ice-ramp backflip and a quarter-second sync error between the sound and the backdrop projection — but hey, there’s always a crack in the ice.

If you thought Ovechkin leading the Capitals to the Cup was the most magical performance on ice this year, you'd be wrong.