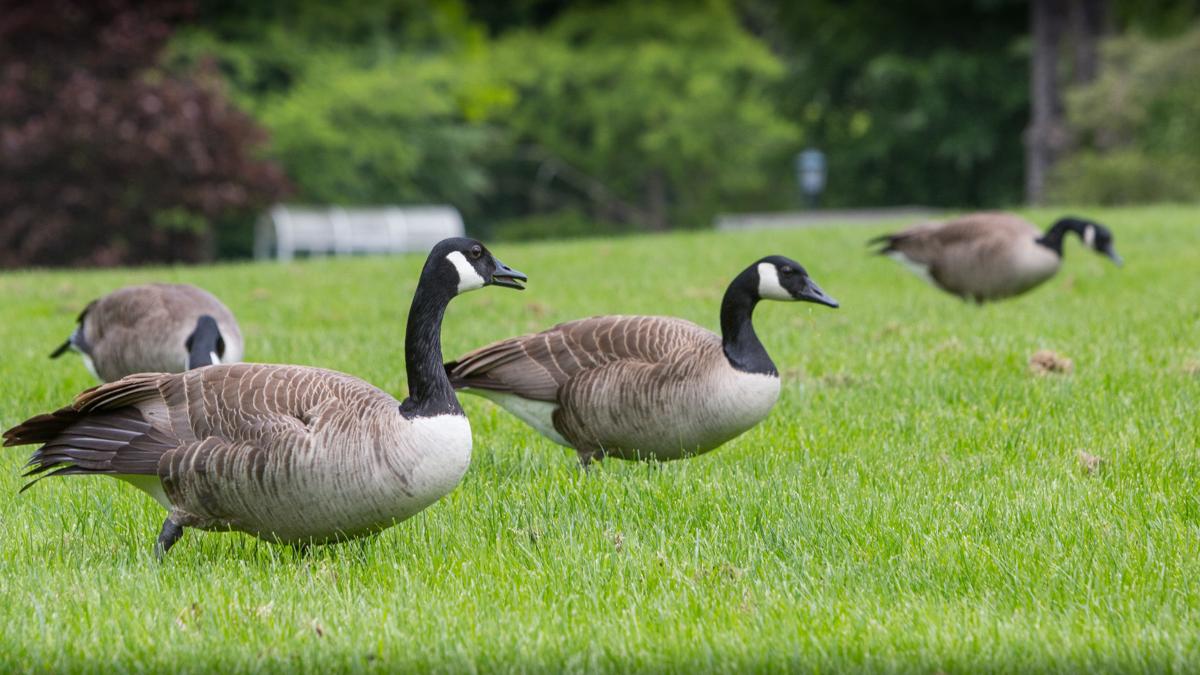 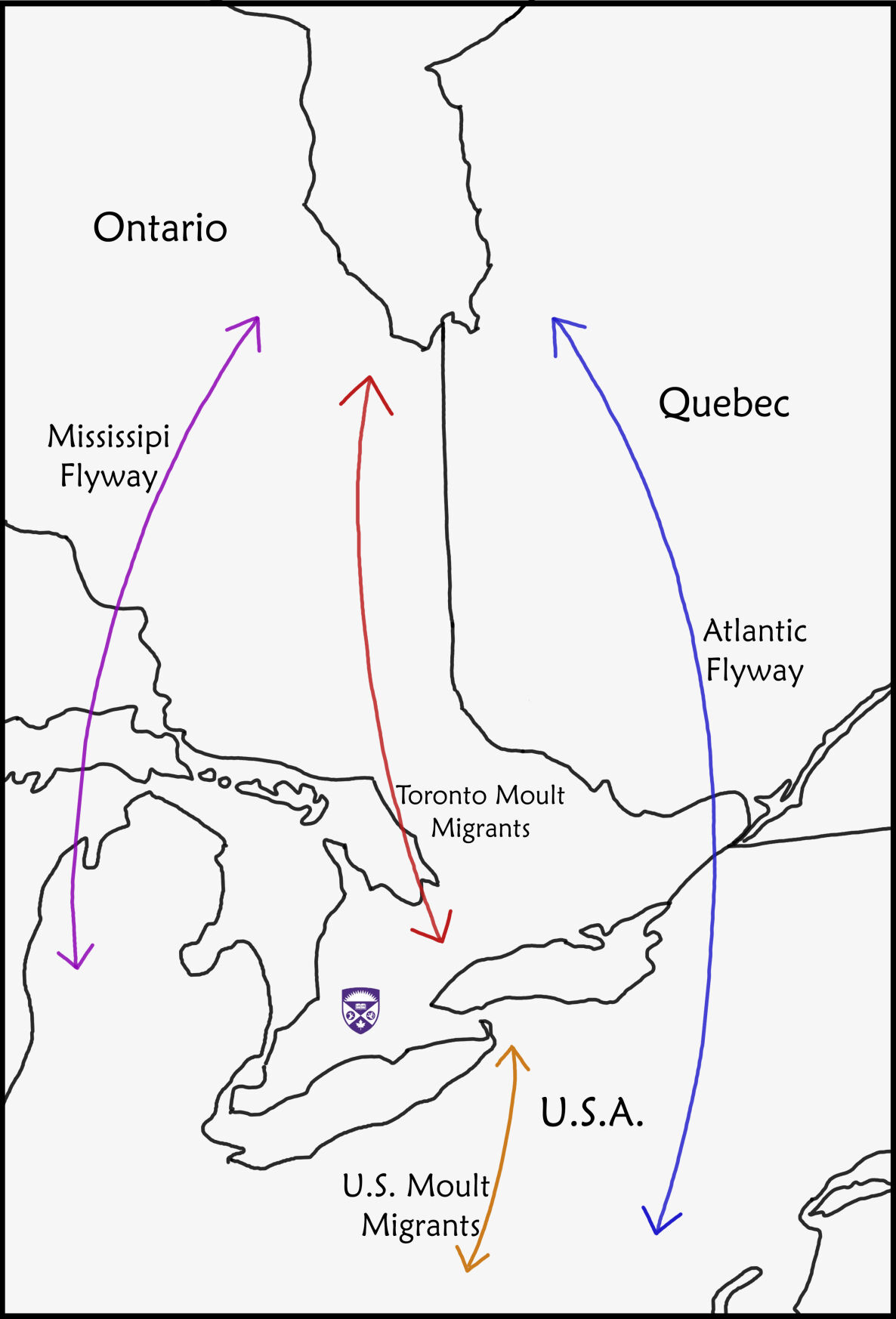 Canada Geese stop over at Western along their annual journey to migrate south.

The leaves are turning yellow and Western’s campus has once again been occupied by a fearsome enemy.

Nearly every student has witnessed the erratic bouts of violence from these creatures around campus, or at least heard Homeric stories of geese defending their inconvenient nest sites against absentminded students.

But despite their distaste — or some may even say hatred — for students wandering by their stomping grounds, Canada Geese often settle in the middle of the most populated areas of campus.

A recent study from South Carolina used radio tracking to identify the main migratory flyways of eastern Canada Goose populations. Western University lies near two of three main migratory pathways in eastern Canada: the Mississippi and the Atlantic flyways. Campus is situated in the Great Lakes region, which is a major stop-over point before migrating birds continue their journey south across Lake Eerie or north to northern Quebec.

Waterways like the Thames River "are used as stopovers" for migrating waterfowl, such as geese, according to Jody Allair from Birds Canada. Western's lush lawns and the nearby river provide Canada Geese the opportunity to refuel before continuing on their nearly 3,000 kilometre journey between their northern breeding grounds around James Bay and their wintering grounds in northeastern United States.

This would explain their special liking for University College Hill and the Western soccer fields.

Over the years, several goose couples have settled down to raise their goslings among Western students. It seems that geese throughout southern Ontario find university campuses appealing — goose nesting is equally prevalent at other southern Ontario universities, like the University of Waterloo, as displayed by the Waterloo “Goose Watch” map.

Allair said geese nesting on campus stay put instead of migrating — they are a "relatively new population" in the Great Lakes region. They take advantage of the plentiful green lawns and open water found in urban settings to forage easily all year round and nest in this "prime foraging habitat."

So, the next time you see a flock of Canada Geese on campus, don’t be so quick to dismiss them as big bullies or annoying pests. After all, students who travel regularly can relate to how cranky people get when stuck in a layover, waiting to complete the next leg of an international flight. Nevertheless, one may still question their judgment for raising a family so near the dubious influence of all these crazy, wild Western students.

The London Hall outbreak continues as one more case is confirmed from last week, bringing the total number of cases to six.

As a result of the London Hall outbreak, residents who stayed home for the past two weeks are being refunded.

One of the lovely traditions at the Faculty of Music is that, prior to the start of classes each fall, second-year students organize a gathering with first-year students and their instructors.

Mustangs come together to celebrate virtual Homecoming for the first time.

Eternity Martis' best-selling memoir to be adapted on screen

Best-selling author Eternity Martis sits down to talk about the screen deal with her novel, familial support and the future.