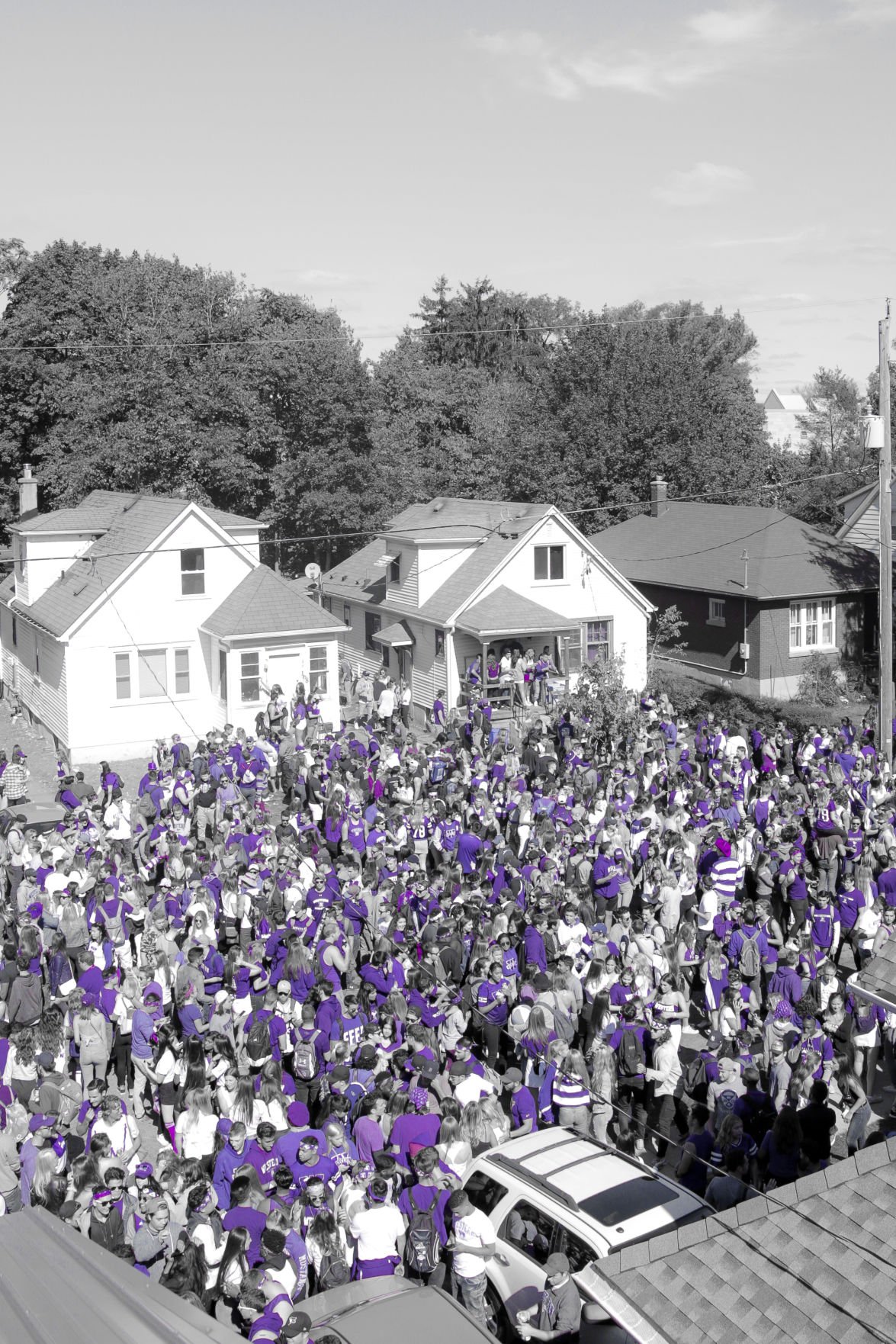 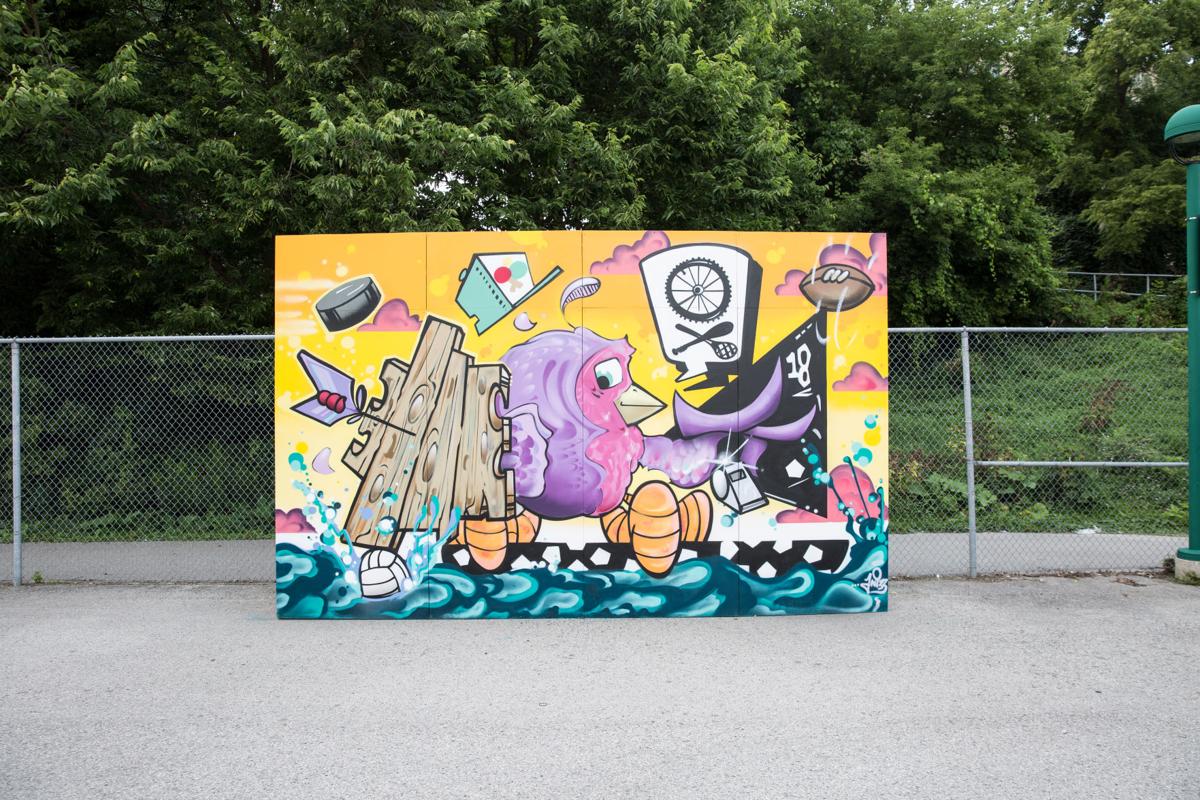 Western’s school spirit has reached folklore status. We parade the Earth with near-Mark Wahlberg levels of self-importance. This belief ties 200 years of history and an alumni network of over 319,000 graduates.

Some­ might say this indicates an underdeveloped sense of “the other,” which leads our community to arrogantly and brazenly evoke a baseless, egotistic sentiment of togetherness that doesn’t hold up under criticism.

But those people are sour. And jealous.

What these folks don’t realize is that the shower of good tidings Western University ushers into the world each spring, its ceremonial passing of the torch to the next flock of soaring graduates, is in our DNA. It’s on our clothes and in our hair. It wraps our pens, mugs and desktop displays. It pours out of us in a yearly h(f)omecoming climax, which thousands of people travel great distances to see, feel and Insta.

It’s purple. These are purple days.

We’re not the first to confidently embrace red/blue. Purple has symbolized status and power in various societies throughout history.

After the birth of Julius Caesar’s son, Caesarion, in 47 BC, Caesar returned to Rome from Egypt and introduced a new toga in his partner, Cleopatra’s, favourite colour: Tyrian purple. For context, imagine if the Book Store released a new hoody but only President Chakma could wear it.

Referenced as early as the 15th century BC, Tyrian purple was darker than Western’s PMS 268. It derives from Phoenicians in Tyre (in modern Lebanon) where shellfish were cracked open so their hypobranchial gland’s liquid could be squeezed onto cloth. To make an ounce of dye, it took roughly 250,000 shellfish, whose remains piled so large they became geographical features still visible today.

Given its lengthy retrieval and dyeing process, Tyrian purple clothing was worth its weight in gold.

The ideal shade contained a mixture of both Murex and Thais shellfish liquid. To permeate the cloth, the mixture spent 10 to 20 days in stale urine to allow fermentation. It is no wonder, as Kasia Clark writes in The Secret Lives of Colour, archaeologists find these foul-smelling treatment centres on city outskirts.

Close to one thousand years later, Byzantium's elites maintained purple's standing. They birthed babies “in the purple”: rooms painted with Tyrian purple walls ushered infants into status. In the 8th and 9th centuries, Byzantine emperors Irene, Euphrosyne and Theodora, adorned in purple ruled through a period when women, even as emperors, were restricted from portions of their society.

These women, despite overseeing the Church’s role in social life, were not allowed entrance into a church’s sanctuary area. In Women in Purple, Judith Herren details how stereotypical views of women’s usefulness to society, particularly within theology, purveyed perceptions of female emperors and citizens alike.

But their status as rulers rather than women was almost certainly buoyed by the purple they wore. In a traditional society with rigidly defined sexual roles, citizens likely built associations between purple and rule, identifiable traits aligned with purple’s importance beyond female stereotypes.

For as sociologist Fiona Rose-Greenland explains, a colour’s value is partially defined by its relationship to other colours. Purple is exceedingly rare in nature, and given the extensive production of Tyrian purple, commoners experienced purple as an uncommon colour. And with purple presented as the Byzantine royal brand, as opposed to simply invoking the human characteristics of its wearer, the brand, as Jennifer L. Aaker writes, influenced the consumers (commoners) based on past experiences with the colour, rather than its wearer (in this case, women). 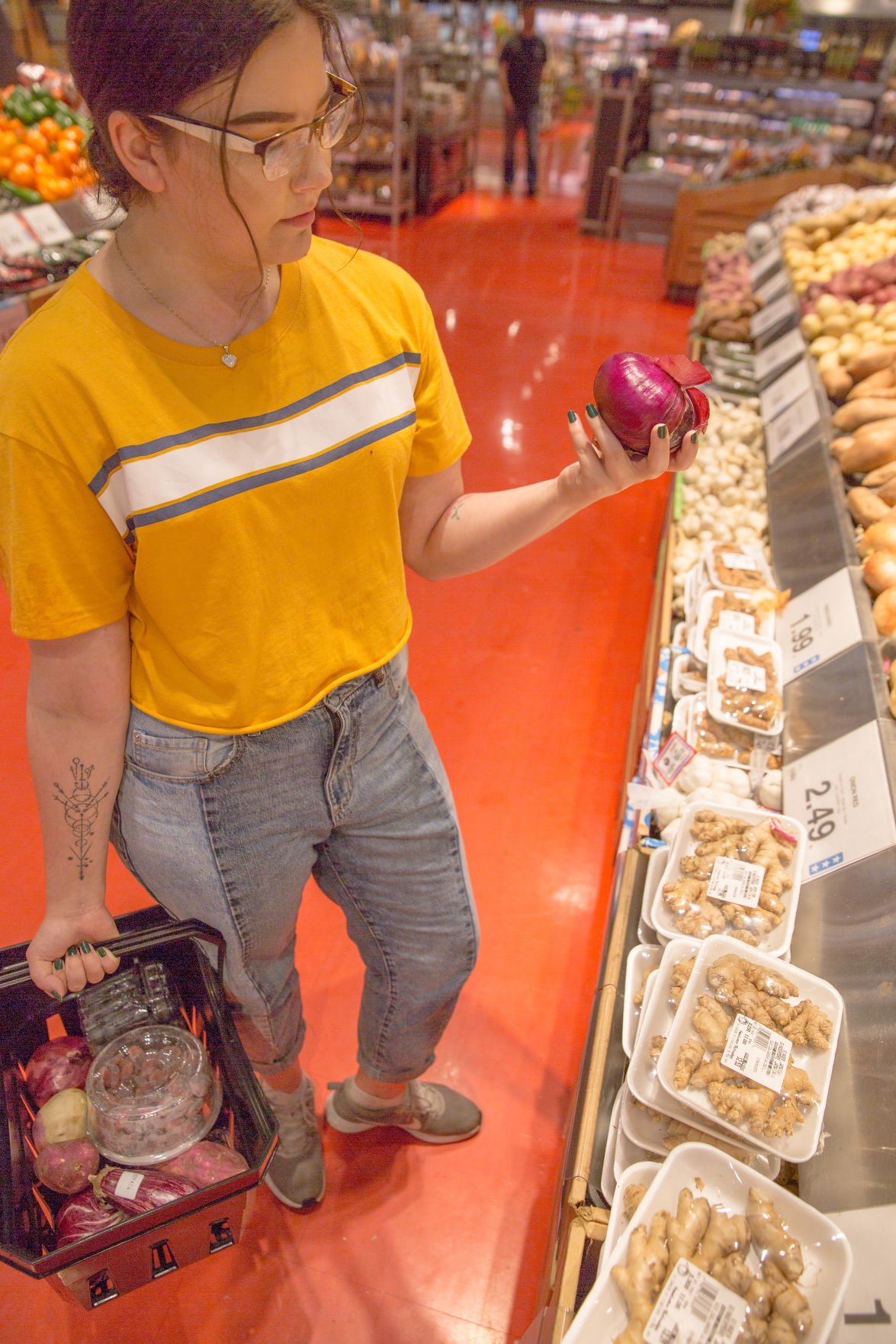 Western students' appreciation for purple creeps into all areas of life, Aug. 16, 2018. 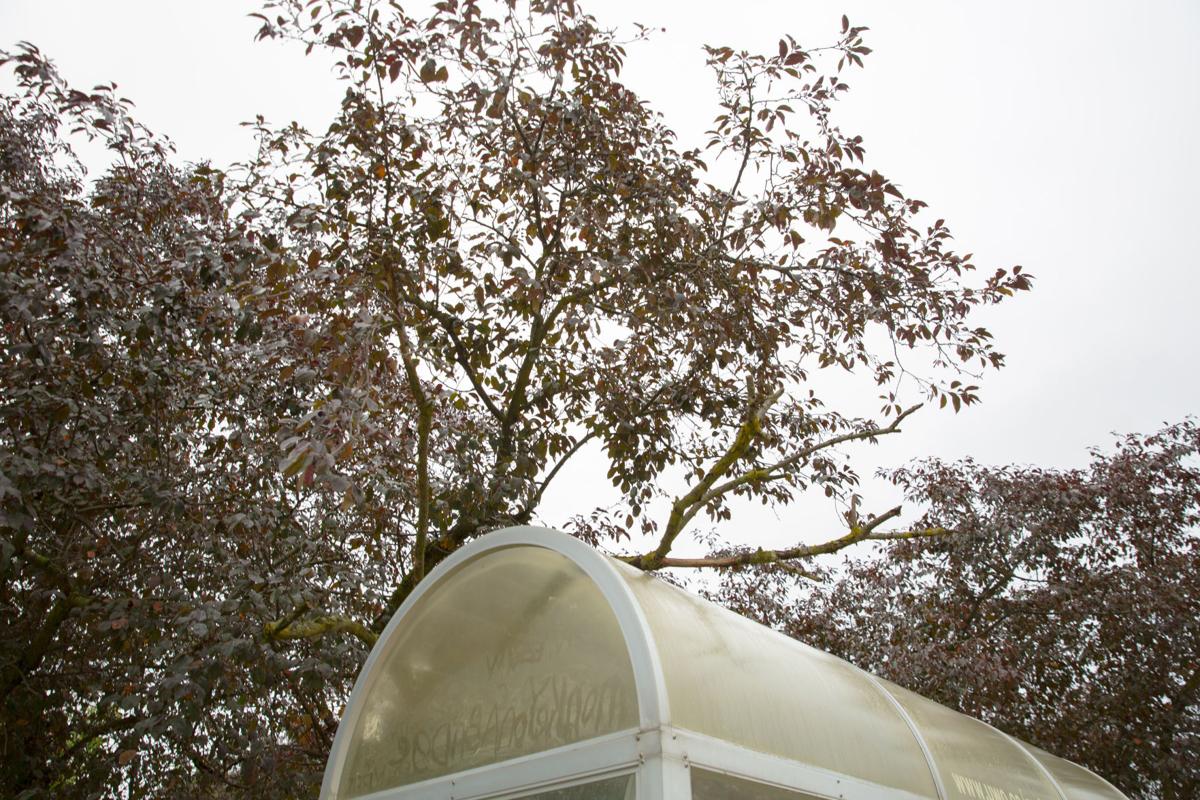 Purple of varying shades can be seen throughout Western's campus, Aug. 18, 2018.

Western students' appreciation for purple creeps into all areas of life, Aug. 16, 2018.

Purple of varying shades can be seen throughout Western's campus, Aug. 18, 2018.

Our community, and Western’s coffers, benefit from similar associations. When we see an individual wearing a purple hat, or when we see a purple hat in the Book Store, we associate this brand with the positive feelings we have as members of this community.

Then in 1856, William Perkin, vindicating shellfish everywhere, invented synthetic colouring dye. Soon after, products of every colour were widely available.

Is it a coincidence that Western was founded only 20 years after Perkin's breakthrough? Possibly, but let’s say no. Instead of being saturated in pencil crayon boxes ad infinitum, eager-beavers along North London’s patch of the Thames River spurred a comeback.

According to William F. Tamblyn in These Sixty Years, Western's original colours were purple and black, before switching to purple and white — after a one-year trial of purple, red and gold — in 1915.

Purple is obviously no longer exclusive to status-bearers. This is seen most notably in the plethora of vintage Toronto Raptors jerseys bouncing around at local festivals. But we maintain the sense of self-importance and self-efficacy past societies felt towards it.

These days, this mostly gets used to push everything from fast food to Mustangs jerseys. Though despite knowing this, Western students are likely going to buy pizza from a restaurant with a purple sign than another colour; when riding the tides of history, it’s best to go with the flow. 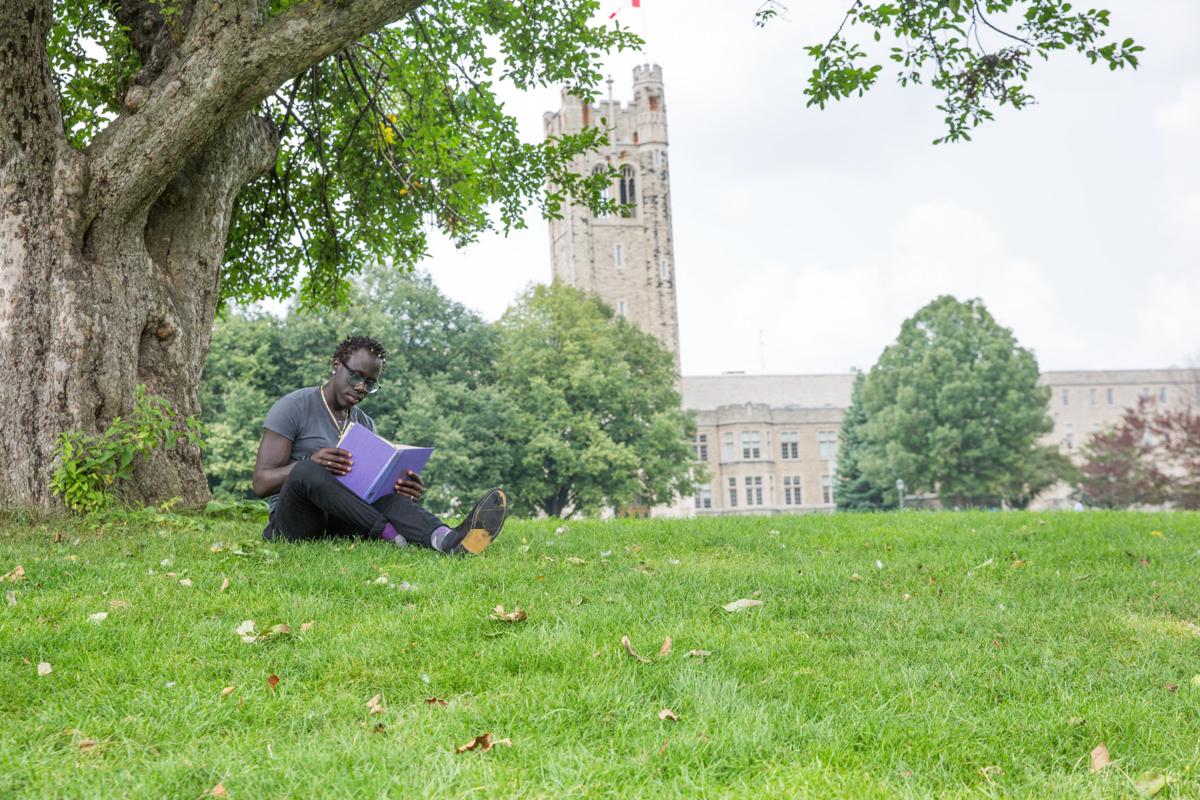 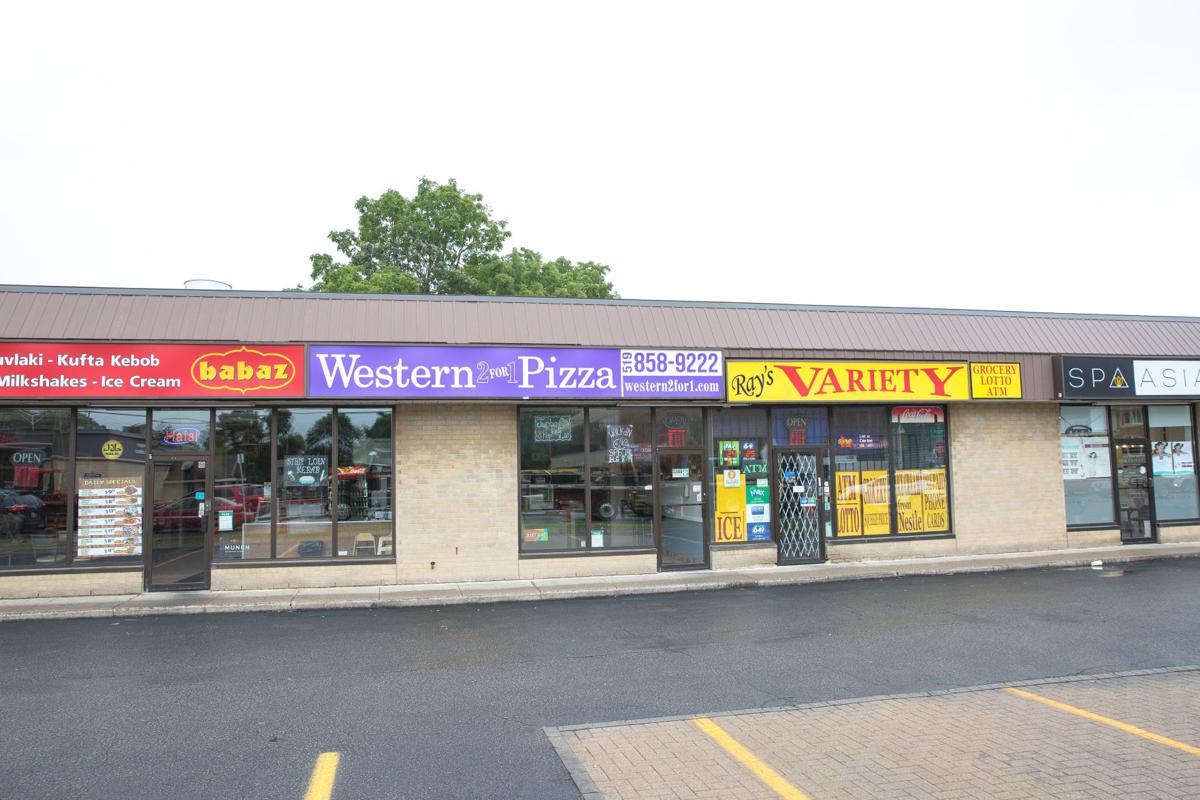 In recent years, our HOCO’s H made the executive decision of sliding two letters and three weeks forward to form a late-September FOCO, but the celebration’s underlying function persists.

As ritual, we pour over 10,000 people onto a little side street one block from campus. No matter who you are or how bad you are at beer pong, you have a place in this huddled, drunken mass. The spirit rages among its congregated bodies. It radiates with screaming, reckless abandon, stretching through living rooms and backyards in a defiant grasp at something uncommon, something which everyday life won’t grasp on our behalf.

And now with Western’s administration having moved HOCO, our FOCO celebrations gain the benefit, as carnival-esque celebrations have since the middle ages, of building community out of resistance within our collective Broughdale song and dance. In Risk, Ritual and Performance, Leo Howe writes that each ritual is a re-enactment of past rituals, yet a unique performance within itself. “If a ritual is a text, it is one re-written every time it is performed,” Howe says.

We need this chance to bond. Day to day, we’re strangers. This 319,000-plus person network looks like any other: perusing bookshops, riding subways or reading books at Subway.

On colour, professor Charles A. Riley II writes, “It begins in the wilderness of the physical, moves through the suburbs of the physiological, and lands in the urban depths of the psyche.”