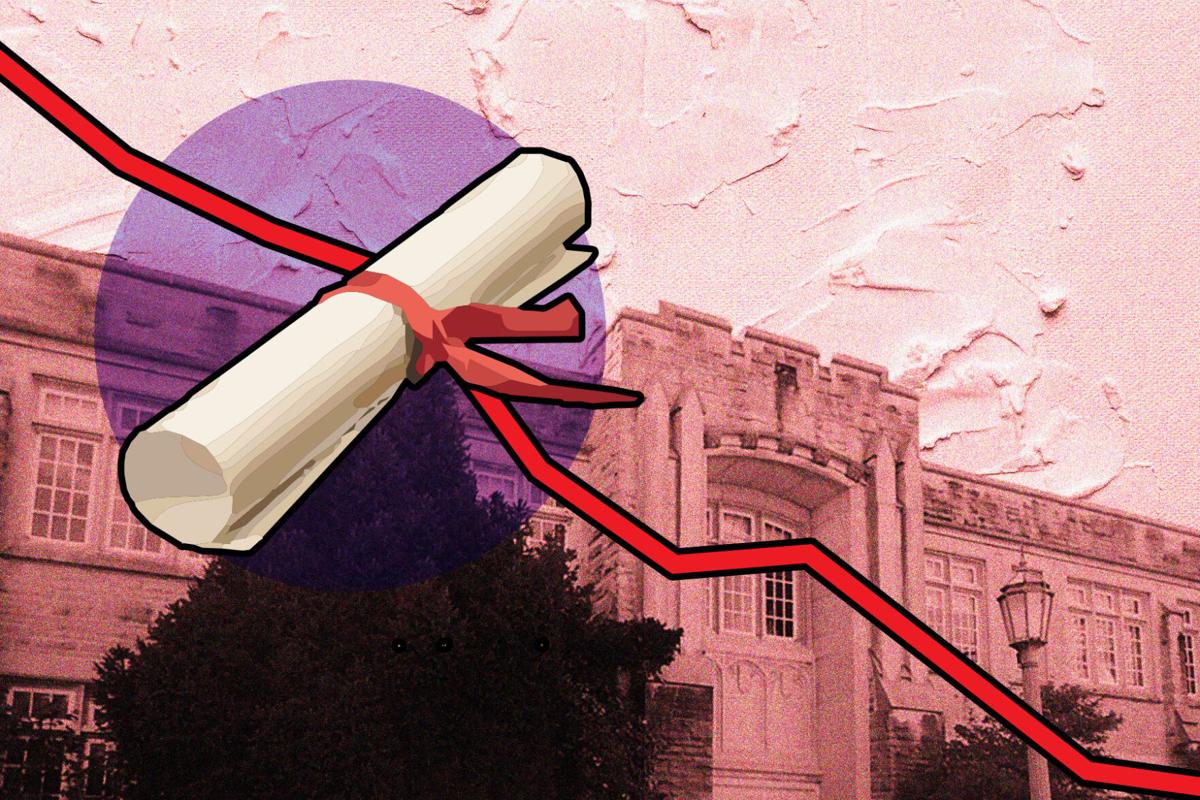 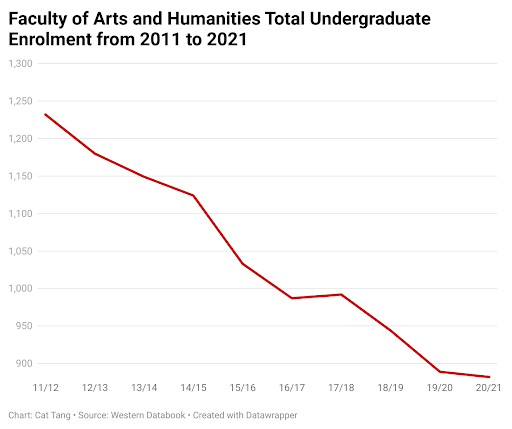 Faculty of Arts and Humanities total undergraduate enrolment from 2011-21. 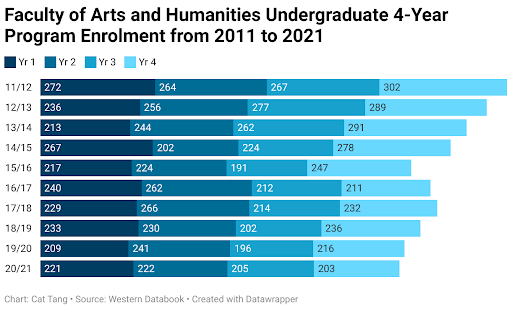 Faculty of Arts and Humanities undergraduate 4-year program enrolment from 2011-21.

The Faculty of Arts and Humanities at Western University has seen a steady decline in undergraduate enrolment over the past decade.

The faculty’s total undergraduate enrolment has gone down over 28 per cent since the 2011-12 school year, even as the number of first-years admitted to Western has skyrocketed in recent years.

“There’s been an increasing societal pressure towards entering more ‘marketable’ degrees,” said Bradley in a statement. “I might also note the pressure our current generation feels toward a perceived stability — with rising housing costs, general costs of living and such.”

Isaacs said there are many valuable skills students can gain from an arts degree such as problem solving, critical thinking and reading comprehension.

She also argued the arts and humanities are crucial for addressing big issues like climate change, global health and social equity.

A recent article published by Policy Opinions found a disconnect between what employers look for and what Social Sciences and humanities degrees teach.

“In some ways it’s bad PR on our part,” said Isaacs. “We know the value of our degrees and we know that they actually have a lot of relevance and practical value but often we don’t convey that.”

Isaacs added that this trend is a global phenomenon that is not just isolated to Western.

Both Isaacs and Bradley feel optimistic that there will be a shift in attitude towards the arts and that enrolment numbers will increase, despite the data.

Western would not release the 2021-22 enrolment numbers.