As King's University College formulated their new sexual violence policy, a survivor-centric approach and prevention were the main themes.

Principal David Sylvester was clear when identifying the goals of the new policy.

"The training aspect of it is very robust. It applies not just to all employees and students at King's, but anybody who steps on campus, visitors and volunteers are captured by this."

In addition to a focus on prevention and training, the policy also allows survivors to dictate details about their disclosure and how the process will move forward at King's.

"Survivors are right at the centre of the whole policy. They drive the policy. All the supports surround them," Sylvester stated.

In March 2016, the Ontario government passed Bill 132 which tasked post-secondary institutions across the province with drafting a sexual violence policy by the beginning of 2017. King's new policy came into effect on Nov. 30 after consultation from students, staff and faculty.

Sylvester noted that King's mandates that students are involved in creating new policies and the sexual violence policy was no different.

"It [was a] pretty broad-based consultation and student leaders were involved at every step of it,” he said.

Main campus students already had a sexual violence policy in place but in accordance with Ontario's new legislation, consultations began earlier this year on drafting a new policy. Key parts of Western's new policy were brought to the Nov. 30 University Students' Council meeting where it faced minor objections over wording. Some councillors took issue with the use of the word "victim" instead of "survivor" in the policy.

Western's new sexual violence policy comes into effect by the beginning of the next year. 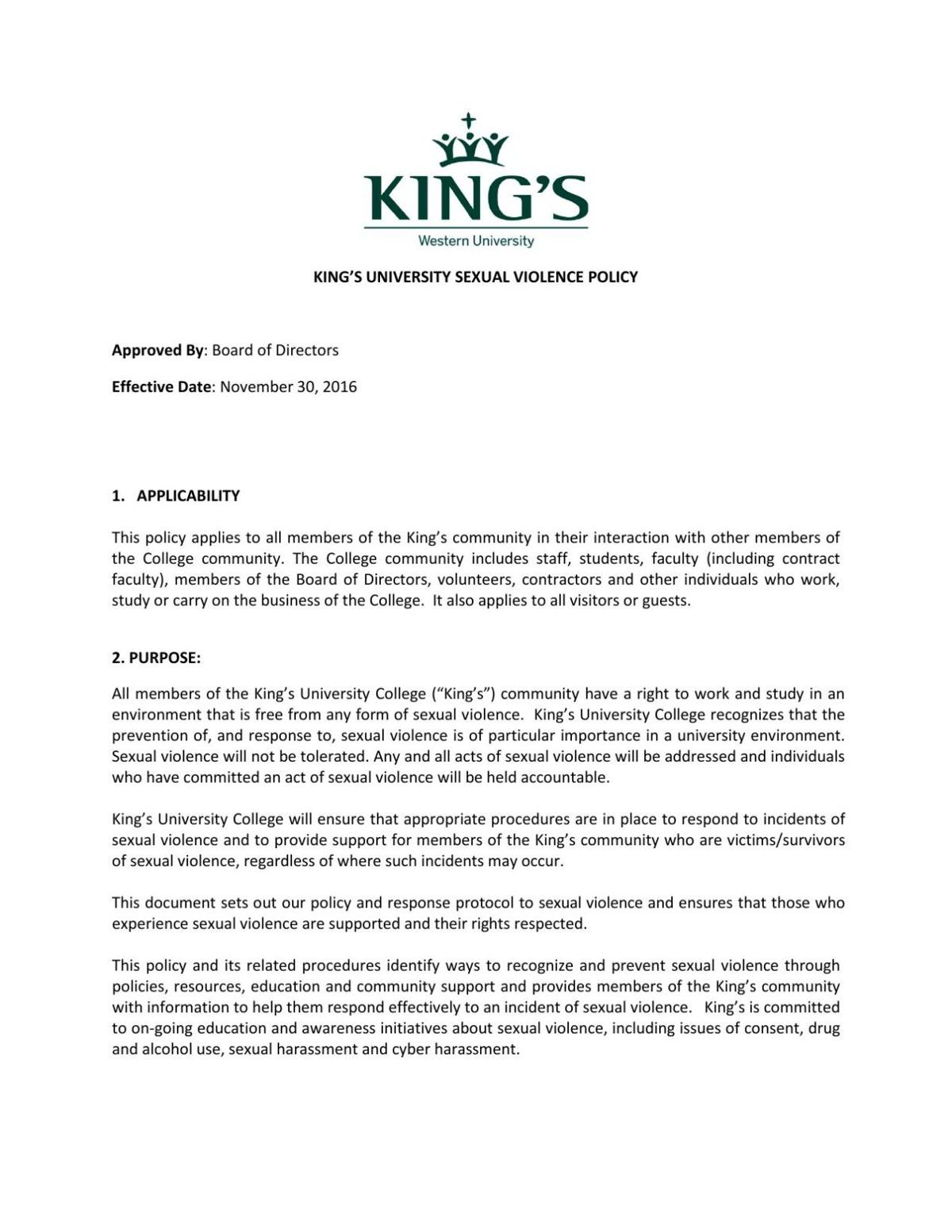 Bradley is the digital managing editor for Volume 110 of the Gazette. This is his fourth year on the editorial board, previously working in Opinions, Sports, and Culture. He's a recent graduate with a degree in Canadian-American relations.

In a decisive time for the USC, its first presidential candidates are throwing their hats into the ring. Enter Keenen Qin, a third-year with big goals for the government’s highest seat.

As elections near, Shepard says USC's role is 'critical'

With a new USC president-elect in the coming weeks, Western president Alan Shepard said the role its student government plays is crucial — even as Ontario dashes their funding and it grapples with a historical drought of student engagement.

Campus' pro-life club reappeared in the atrium on Friday but stood beside a club with a pro-choice message, just a week after an abortion debate began among students at King's.

In an effort to keep London’s youth feeling safe and secure, Constable Rebecca Elliott and Constable Scott Mickle have taken to an unlikely platform to spread awareness – TikTok.