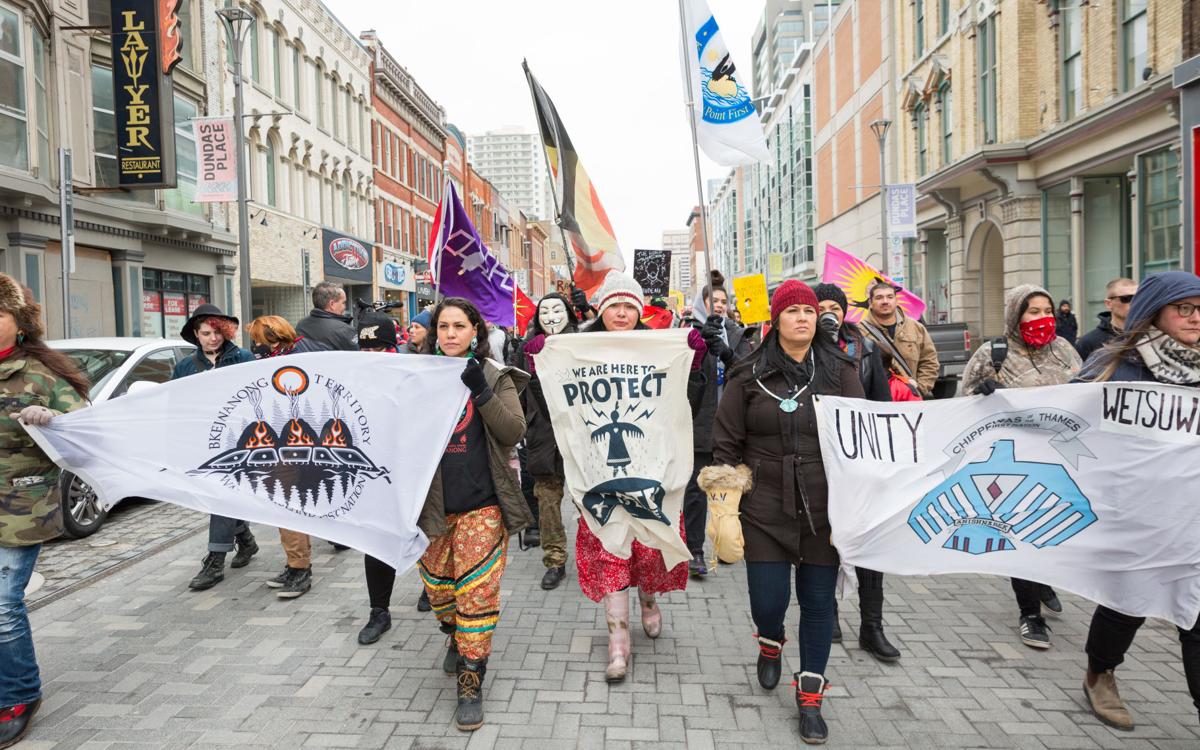 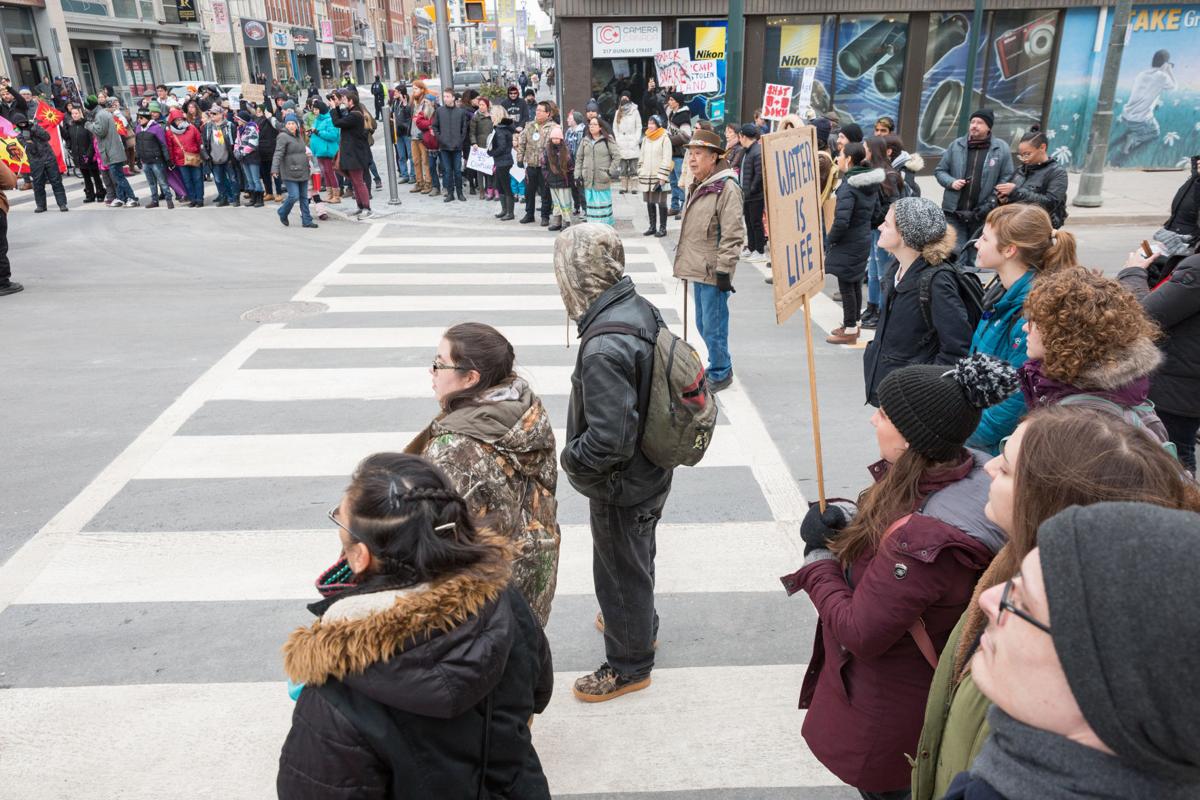 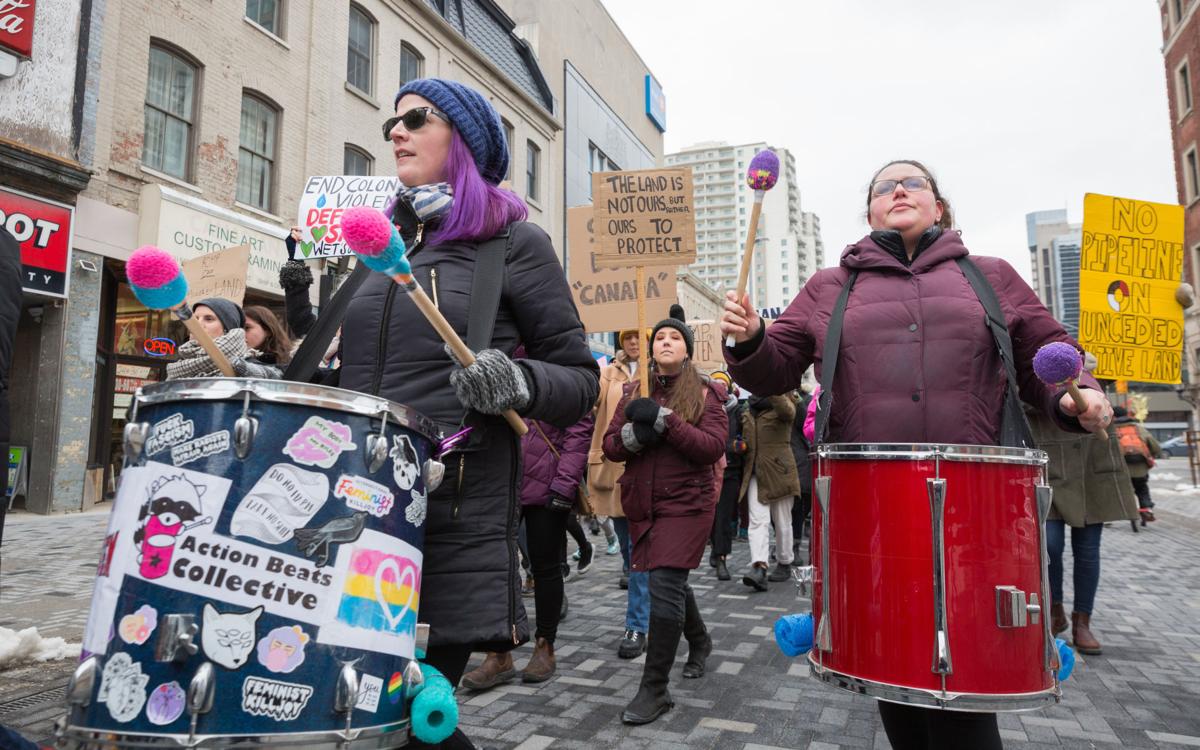 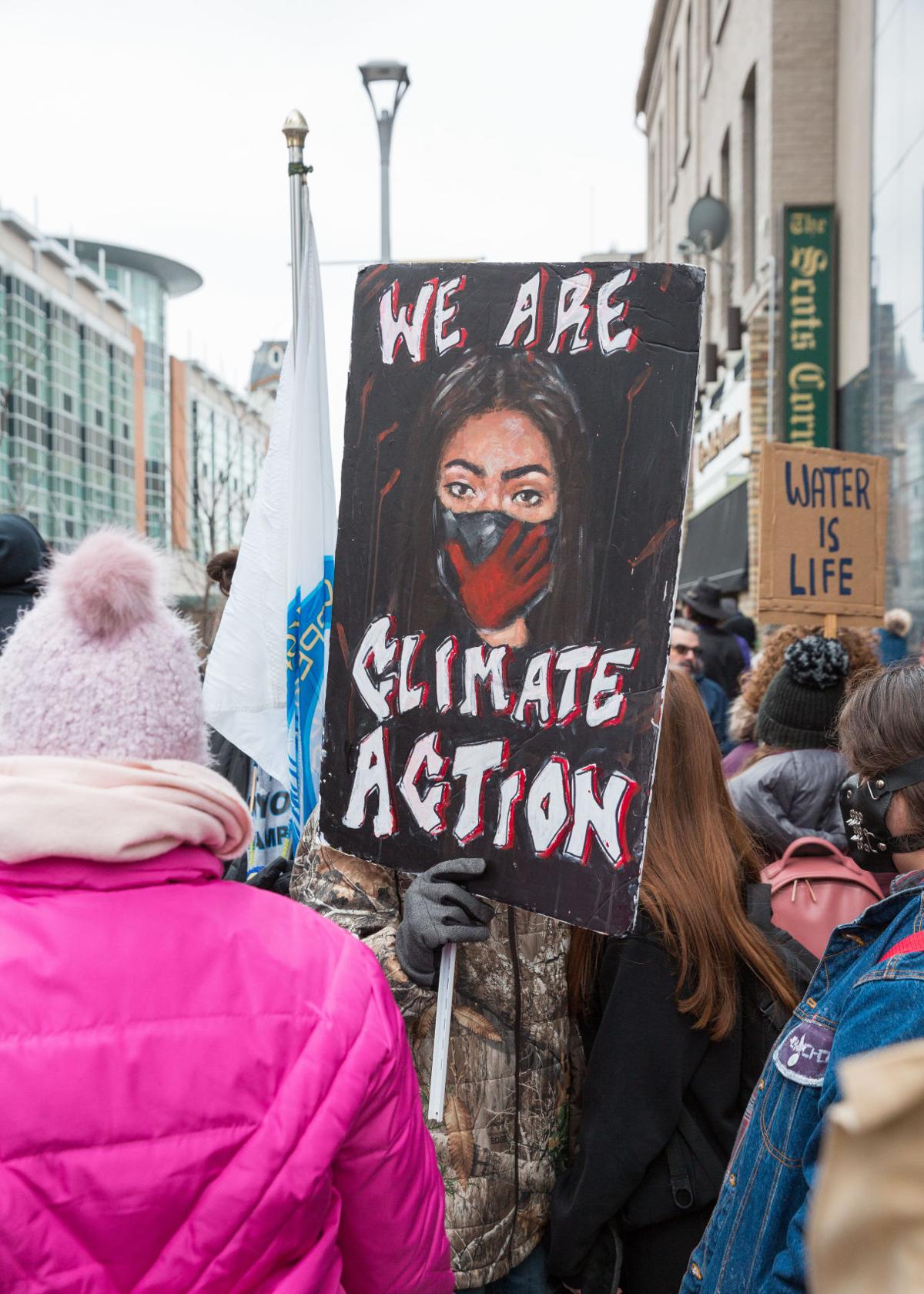 Before traffic was stopped and signs filled the air, Cheyenne Kechego of the Munsee-Delaware Nation was getting ready to march.

"I hope for my daughter to be able to grow up, to be able to walk down the streets of London or anywhere in Canada — to be proud of who she is,” she said.

Forty-five minutes later, Kechego was standing outside of the London Royal Canadian Mounted Police office, her 10-month-old daughter in her arms, surrounded by a procession of over 100 Londoners chanting for justice.

“It’s important to me for my daughter because of the way I want her to grow up. I want her to have healthy water and I want her to be able to go back to the land to use what she needs," said Kechego.

Protestors gathered for a march through downtown London on Tuesday, speaking against recent RCMP arrests and the construction of a pipeline through traditional Wet’suwet’en territory in British Columbia.

The protest drummed through the downtown, going through Dundas Street, Richmond Street and Queens Avenue before ending on Talbot Street — at the doorstep of the London RCMP offices.

The marchers chanted "shut down Canada, reconciliation is dead"; London police were on site and diverted traffic away from the protest.

Joining the march was Carla Dew, a mature student in social justice and peace studies at King’s University College.

“I’ve always been drawn to groups who are marginalized. I have a son with high special needs, so that’s where it probably began," said Dew. “We have huge injustices here in Canada and London with the First Nations people so that’s what I’m really passionate about.”

Led jointly by three local organizations — the Red Warriors, the London Ontario Vegan Food Bank and Idle No More London — the march paused at three separate intersections and danced in a circle while music played from a loudspeaker.

Protests have struck up across Canada after the RCMP started arresting people who were trying to prevent the construction of a natural gas pipeline through Wet’suwet’en territory. The pipeline has been approved by the British Columbia government and 20 First Nations councils, including the elected chiefs of the Wet’suwet’en First Nation.

Elected councils and chiefs were established by the Indian Act of 1876. The councils, which are subject to elections every two years, are acknowledged by the government with final jurisdiction over their respective land.

Hereditary chiefs predate the Indian Act and the colonial powers that enforced that act.

"Hereditary leadership goes back to time immemorial, and it is intrinsically tied to a territory and the land," explains Sheryl Lightfoot, Canada Research chair in global Indigenous rights and associate professor at the University of British Columbia.

For some at the protest Tuesday, the pipeline echoes other issues closer to London.

A woman who identified herself as Watati of Oneida of the Thames said that, while encouraged by the protest, she knows all too well the challenges faced by Indigenous people in London and nearby.

Last year, a joint investigation from the Toronto Star and Ryerson University School of Journalism found high levels of E. coli in the water source for the Oneida of the Thames First Nation; the City of London dumps raw sewage into the Thames River upstream from the Oneida reserve.

“Even locally it’s not very safe … one friend from London gave me a ride down [to the reserve] and she cried on the way back and said ‘I’m sorry I helped you move down there — I would never have helped you move there if I knew the conditions were so awful,’” she said. “The smell of that dump is grotesque, it’s not healthy.”