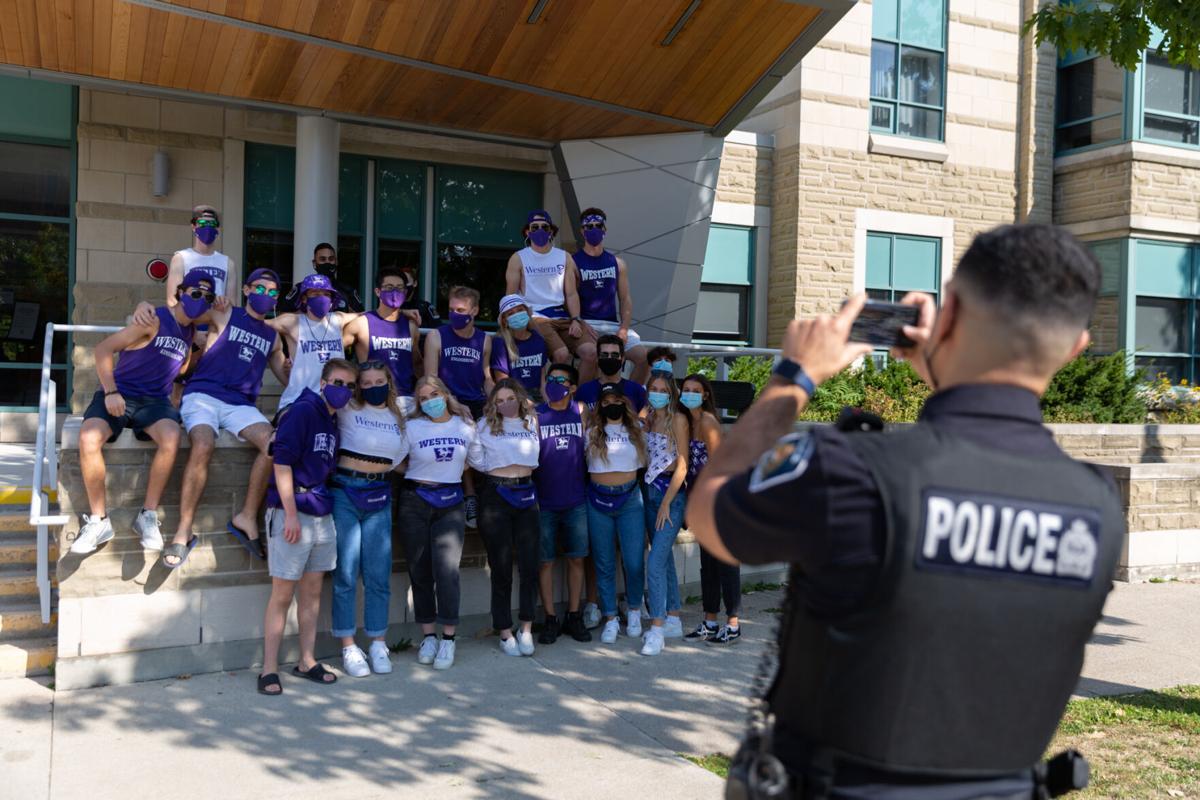 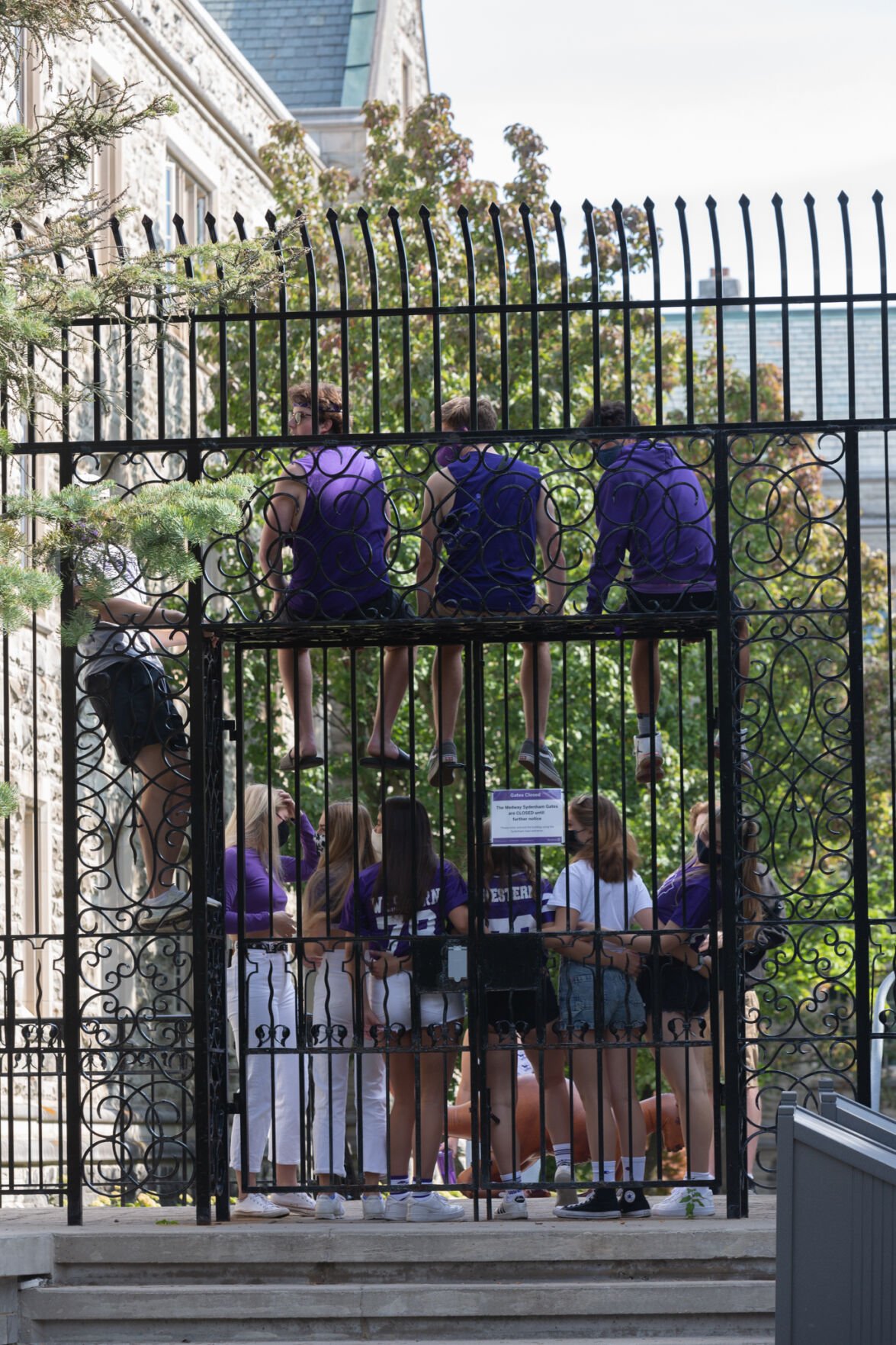 Frosh inside the Med-Syd gates take photos dressed in purple and white. Sept. 26, 2020.

Around 100 students could face sanctions under the Student Code of Conduct for partying in residence the night of Fake Homecoming.

Campus police also fined two students in residence under the Liquor License Act, though it is unclear how much they are being charged.

Western University said it is “disappointed in the behaviour of some students," especially after a surprisingly quiet Fake Homecoming that saw no major problems or arrests. While police broke up a few small parties throughout the day, officers and city officials believe students were mostly deterred by threats of steep fines and public safety risks.

But even as Broughdale Avenue remained silent, dozens of first-year students took campus roads Saturday night. Fake HOCO also saw the return of students to popular downtown bars in the evening, most of which had at least their patios filled to capacity.

Western said the London Police Service was not involved with the fines in residence and potential sanctions, though officers patrolled student neighbourhoods throughout the day.

“Overall, it appears the majority of students acted responsibly on Saturday, both on and off campus,” Chris Alleyne, associate vice-president of Housing and Ancillary Services, wrote in a statement to the Gazette. “However, we are disappointed in the behaviour of some students in residence that required Campus Community Police Service attendance Saturday night.”

Students can face minor educational sanctions up to expulsion under the Student Code of Conduct. Western can choose not to formally penalize students who are referred to them under the code.

The university did not renew last year’s memorandum of understanding with London police, an agreement that allowed police to pass on the names of students charged off campus for sanctions under the code.

But even without the agreement, Western’s president Alan Shepard has threatened to throw the code at students endangering the health and safety of the community during the pandemic. No students were referred to the code at last year’s Fake Homecoming.

Western is the first university in Canada to report a major outbreak of the coronavirus — at least 68 students have tested positive. The university has also been linked to two community outbreaks centred around a house party on Huron Street and Lost Love Social House, a popular student bar downtown.

Premier Doug Ford introduced a hefty set of new fines for partiers last week, as case counts in the province continue to climb. Those hosting parties with more than 10 people indoors or 25 outdoors can be fined $10,000 up to $100,000, while party-goers are looking at a $750 ticket under London’s bylaws. The city said they were also not involved in residence the night of Fake HOCO.

Fake Homecoming saw several small gatherings outdoors below provincial limits. The gatherings in residence appear to be the only ones among Western students large enough to garner tickets.

“The safety of our students and the London community is a top priority for Western and it is crucial we follow government and public health guidelines,” Alleyne wrote. “The pandemic continues and we must remain vigilant in the fight against COVID-19.”

Alleyne also encourages any students who did party Saturday night to get tested for COVID-19. Students can get tested in the Western Student Recreation Centre as of Monday or at one of London’s two testing sites.

Hope Mahood is the Coordinating Editor of news and opinions for volume 114. Email her at opinions@westerngazette.ca or find her on Twitter @hope_mahood

Western's athletic department continues to adapt to pandemic-related cancellations as student-athletes and coaches progress through Return to Play guidelines.

“Since I was young I wanted to become a doctor,” Awad said. “Black people are really underrepresented in the medical field.”