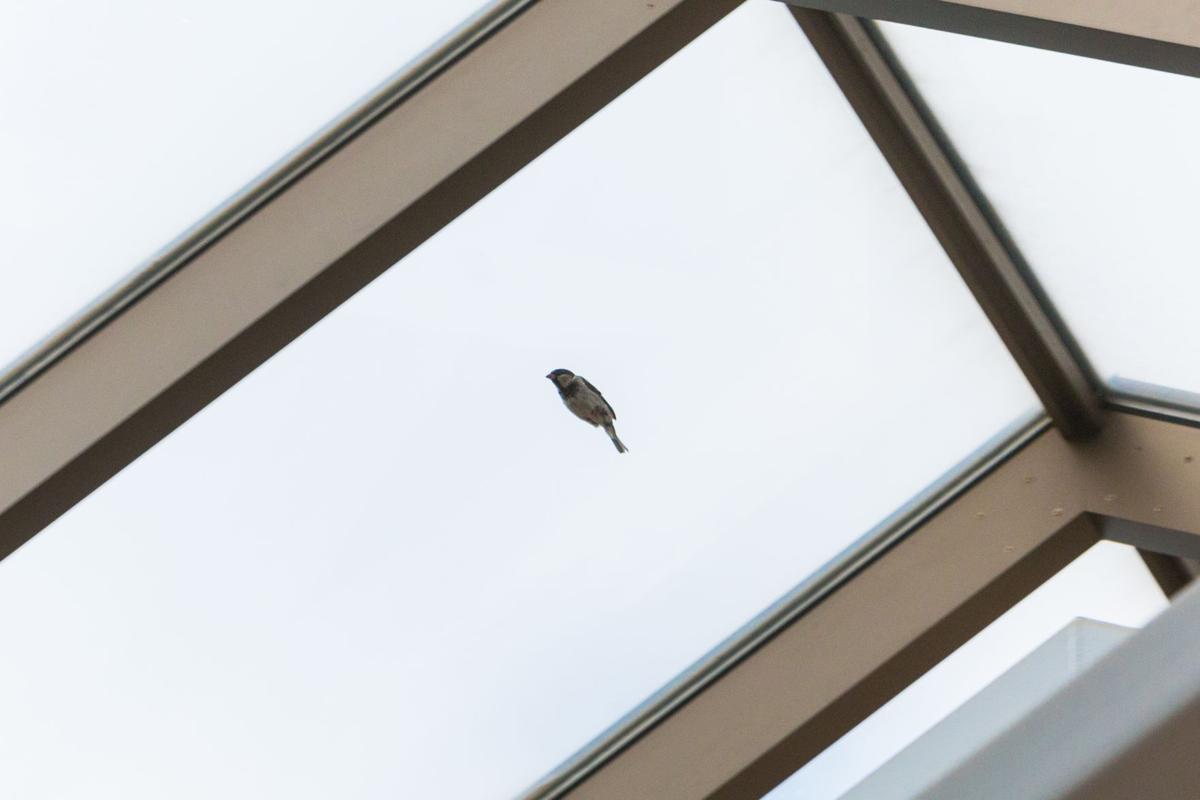 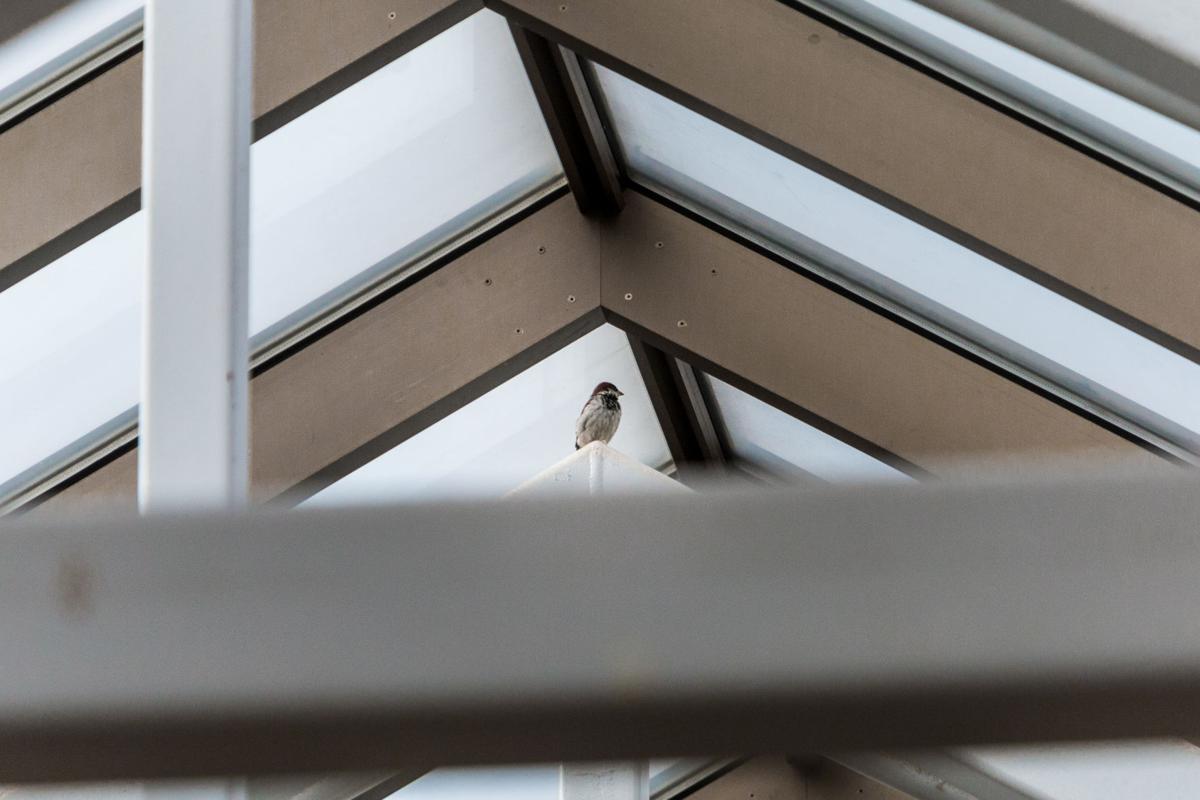 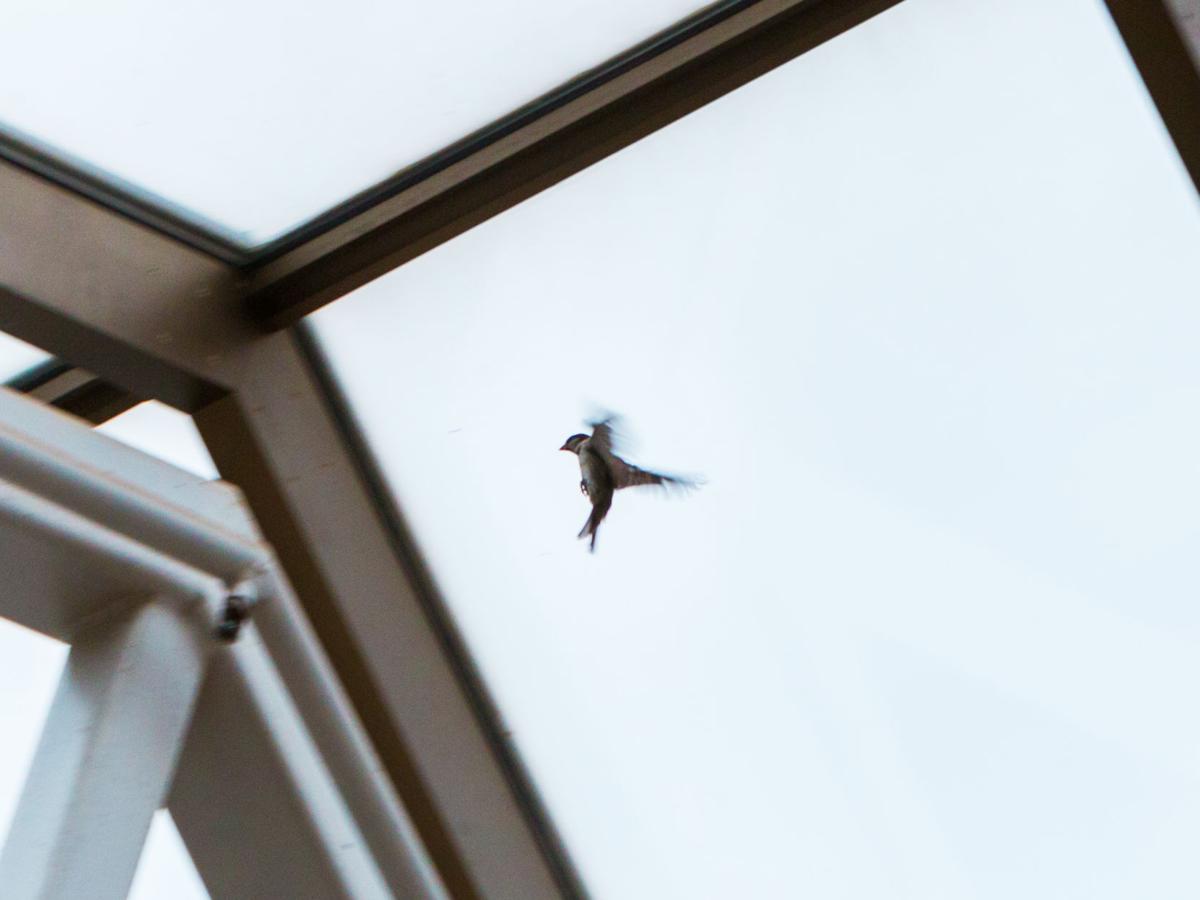 With all the odds being stacked against it, one house sparrow has dodged eight months of Western’s attempts to remove it from the UCC.

From traps set by a local pest control company, to the mysterious disappearance of the pile of bird seed on the third floor, the bird has lived an improbable life in the rafters of the University Community Centre since it first appeared in March.

A campus bird expert said it has survived this long for a reason.

“I have caught a lot of birds for research in my career — and house sparrows are among the trickiest,” said Scott MacDougall-Shackleton, director of the Advanced Facility for Avian Research at Western.

It seems Western University has picked a fight with the wrong bird: over two seasons and semesters, the bird has become a part of life in the UCC. It cheeps and chirps constantly, staring out a window on one end of the building before flashing back across the ceiling to another.

It was in the summer, when Western hired Abell Pest Control, that the sparrow faced its first test.

Abell placed traps that emitted fake bird calls, trying to draw the bird in. Chris Bumbacco, director of Facilities Management, said the bird saw through the ruse and they had to give up.

They made a second attempt to live trap the bird between Sept. 9 and Oct. 14, this time with food as bait — it didn’t fall for it.

Western has turned to wildlife professionals for advice on their next move. Food may be off the table though, as experts speculate the sparrow could find its meals in scraps from fast food in the UCC.

“[I’m] not sure exactly what it has been feeding on,” said Keith Hobson, a biology professor at Western. “But it must be doing something right.”

Its behaviour hardly comes as a surprise to Macdougall-Shackleton.

In fact, he said, some house sparrows have been known to hover in front of door sensors outside stores to fly in and steal food.

Food or not, the sparrow’s eight month adventure in the building raises questions about where the bird really belongs.

Since house sparrows don’t migrate south during winter like other birds, Hobson believes now is as good a time as any for it to get out.

“[It’s] likely best for all if it were released in winter where it can join its comrades,” he said.

Macdougall-Shackleton, however, is confident that the bird could nestle up among students for a while.

“Assuming its food sources don’t change, it may be able to live indoors indefinitely,” he said.

But students could only be so much comfort for a bird alone in a strange, concrete world.

It was Hobson who first identified the bird as a common house sparrow, based on photos taken by the Gazette; he also speculates that, with no nest in sight, the bird is likely a bachelor.

Feel free to feed the birds on your porch https://www.youtube.com/watch?v=kjZuBLXrF6c