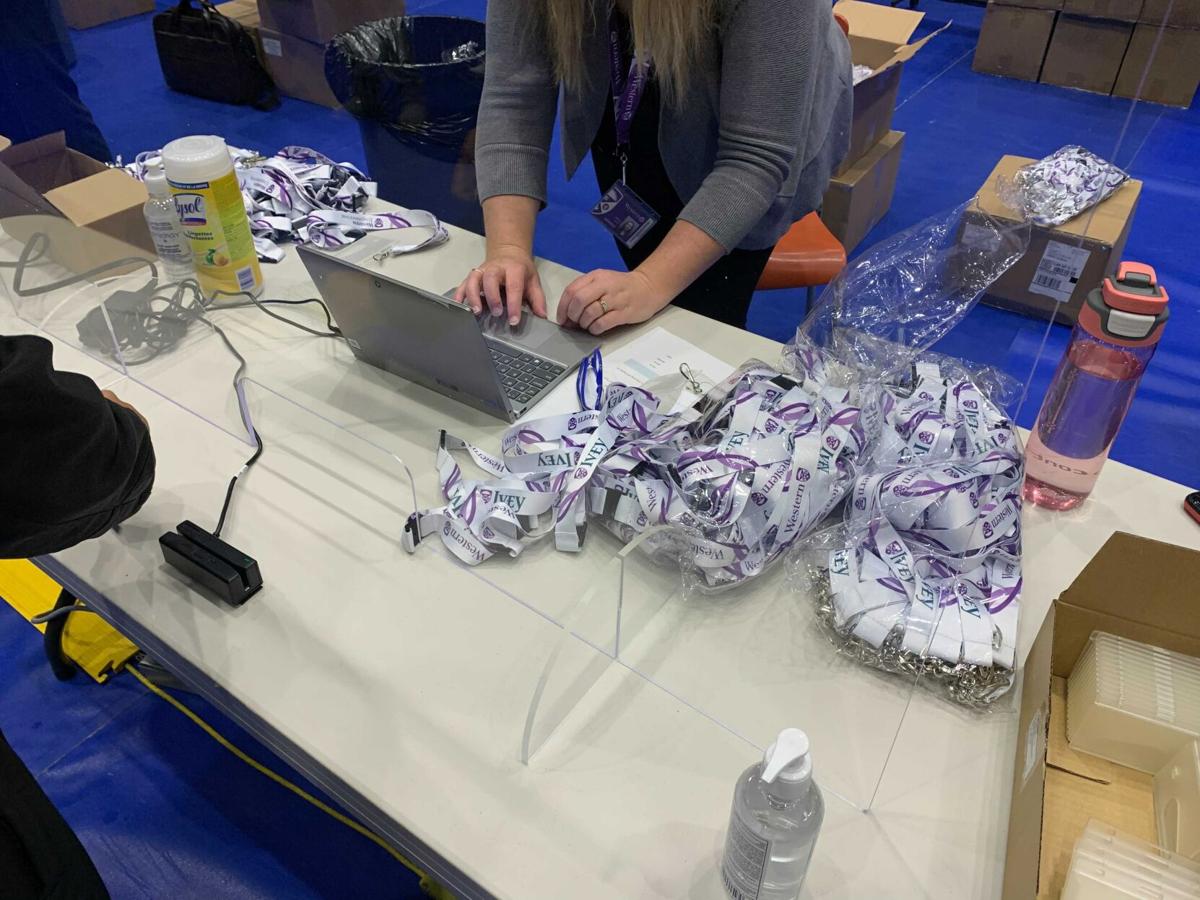 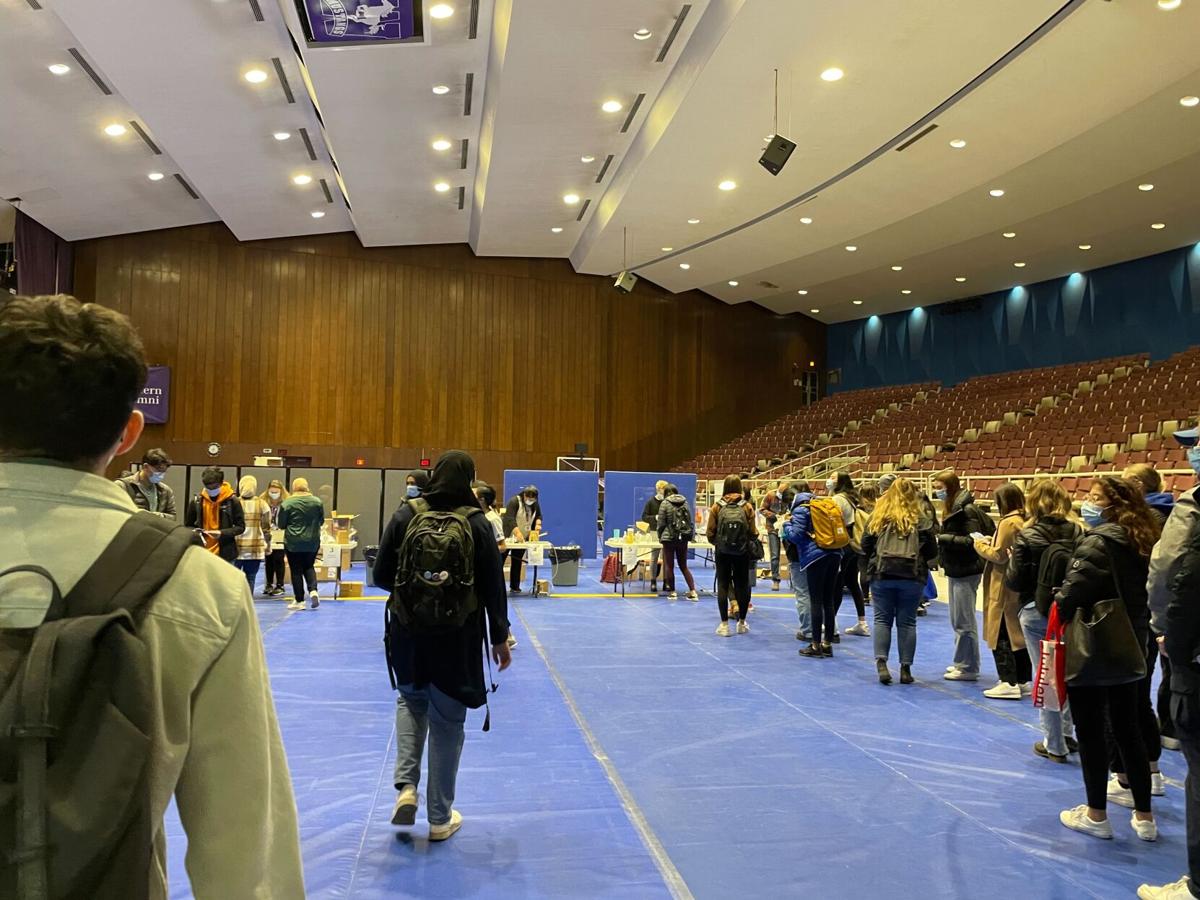 Students wait in line to collect their lanyards, November 8 2021.

Western is facing criticism after announcing a new safety initiative that “strongly encourages” all community members to wear identifying lanyards — but students and faculty say unclear messaging on how this program will enhance safety is leaving them with more questions than answers.

Western University’s Campus Identification System encourages students, faculty, and staff to wear their WesternONE cards on unique university-branded lanyards while on campus. Many community members have been outspoken on social media about the lack of clarity about the program from the university.

While the university said in a statement the aim of the initiative is to visually identify community members and visitors, many questions remain about how this will enhance campus security, said Sameul Trosow, a law professor at Western who has been an outspoken critic of the initiative.

“They're referring very vaguely to safety, but they don't explain what the link is between this measure and safety,” Trosow said.

Western said there is no formal policy linked to the initiative and they are “simply encouraging people to wear the lanyards and Western ONECard holders.” The university will not enforce the lanyards and ID display, and the system will not be punitive in any way.

“There will be no enforcement. People will not be sanctioned or removed from campus for not wearing their lanyards,” Western said.

Trosow believes this kind of initiative should have been brought forward as a formal policy for the Board of Govenor’s approval, which he is an elected member of, though he does not speak on their behalf. Trosow said the lanyard initiative needed to be vetted and informed by public feedback, which the administration failed to do.

“From what I can tell [the university] didn't do any job trying to get any feedback,” he said.

Western is asking all university community members and visitors to wear identification badges on campus as part of a new “safety” initiative.

Van Der Ley said he does not feel the public display of identification is inherently problematic  as ONEcards include information “already displayed on things like social media profiles.” He said he feels the problem lies with Western’s vague gesture at safety and the lack of communication around what problem they are attempting to solve.

“The idea of making Western more secure is something I support,” Van Der Ley said. “[But] how do you measure the efficacy of this if you're not even willing to enforce it? Why take this cost? Why do this now? It just seems like a very crude approach that wasn't given the proper time and attention and care needed.”

The lack of consultation with students and other community members is also a concern for Van Der Ley, and he believes if Western intended the initiative as a response to student and faculty safety concerns, their messaging “is missing the target by a few good miles.”

Trosow also believes the lanyards are an invasion of privacy and raises myriad concerns for vulnerable groups and precariously employed staff. A contract or sessional instructor may feel pressured to comply with the university’s “encouragement” more than a senior tenured faculty member.

“Depending on who you are and what your status in the hierarchy is at this university, you may not feel as if you have the same ability to not comply with a quote request, as say, for example, a very senior tenured faculty member,” Trosow said.

Western’s University Students’ Council has not made an official stance towards the announcement, but president Zamir Fakirani said in a Tweet from his personal account Saturday that he and his team “raised that it would be inappropriate for the system to be mandatory.”

Lanyards became available to students for pickup Monday at Alumni Hall and will continue to be available until Nov. 12.