This month's Board of Governors meeting discussed the pandemic’s rocky effect on university finances, primarily with the university's endowment fund, and enrolment numbers, which saw an overall jump this fall.

Western's endowment fund, a pool of around $1-billion, is invested in a collection of mutual funds and equities and is contributed to each year. The money is primarily controlled by third-party investment companies, so Western does not have direct control over the money once invested.

The endowment faced challenges over the past quarter, with a sharp economic downturn through the pandemic raising questions about how the university plans to strengthen the fund.

Western's investing committee started monitoring the fund bi-weekly as the pandemic hit, and while the fund weakened around April, it began recovering over the summer. Further action is not needed, according to Lynn Logan, vice-president of operations and finance.

“We were definitely looking for those longer-term negative scenarios, but we did not see any need to take action at that time, but we continue to monitor the volatility of the marketplace,” said Logan. 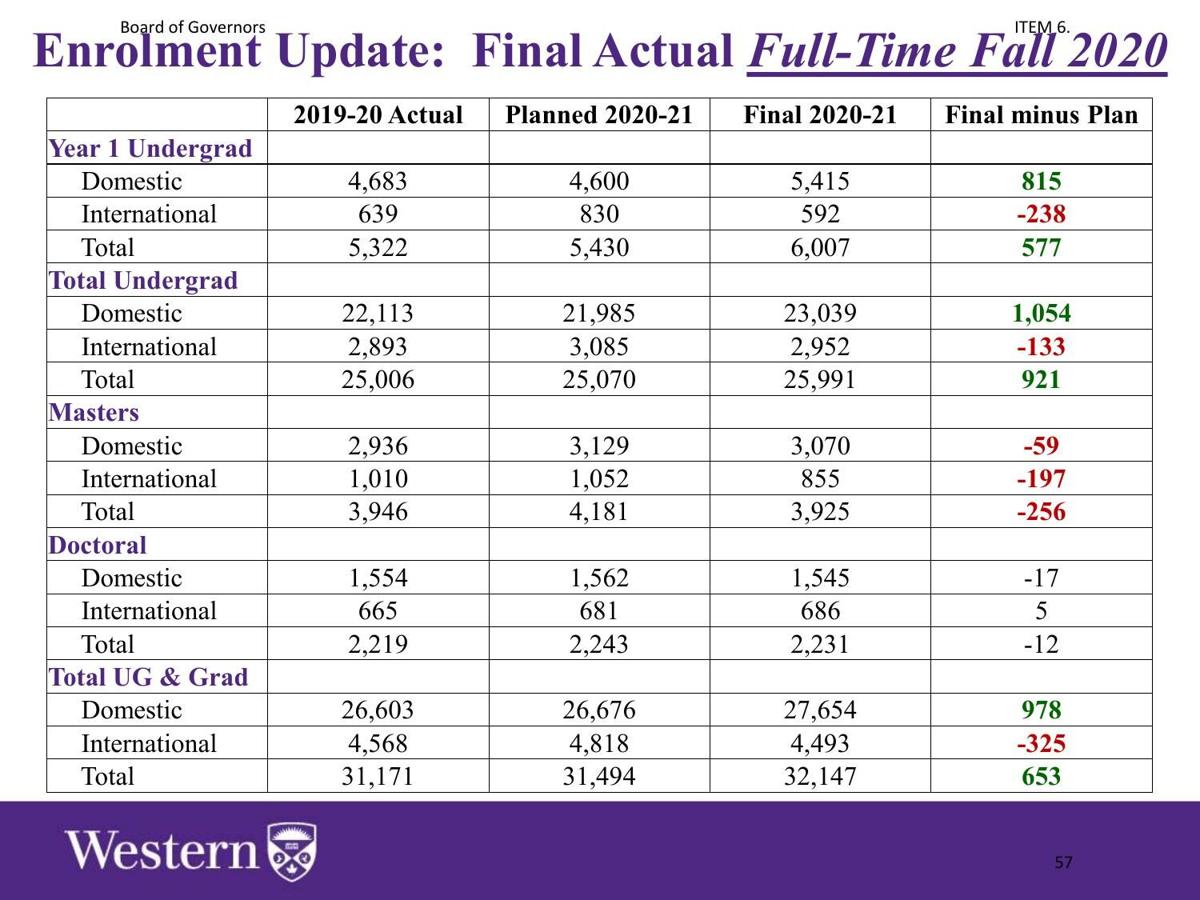 Western sent more international acceptance offers than in previous years, leading to a bloated expected enrolment. While 830 international first-years signed up to attend in the fall, only 592 continued their studies.

Master's programs saw the greatest impact during the pandemic, with enrolment down from Western's projected numbers. The total number of students in their master's degree rests at 3,925, despite earlier predictions of 4,181 students enrolling.

But, 134 more domestic master's students enrolled for this fall than the previous year.

Across all graduate and undergraduate streams, Western's population grew by 976 students this year, to a total of 32,147.

“This will be, by the way, Western’s highest enrolment ever," Chelladurai told Western's top brass.