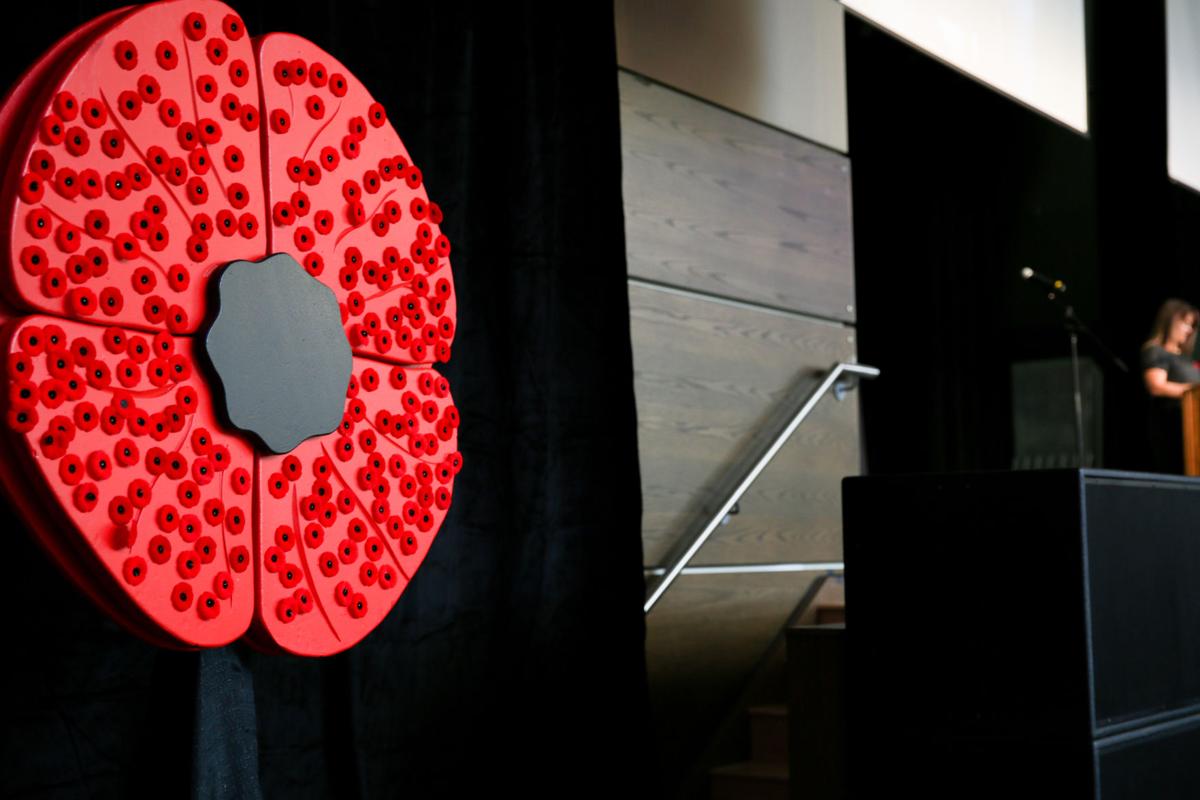 During the Remembrance Day ceremony in Mustang Lounge, Nov. 10, 2017. 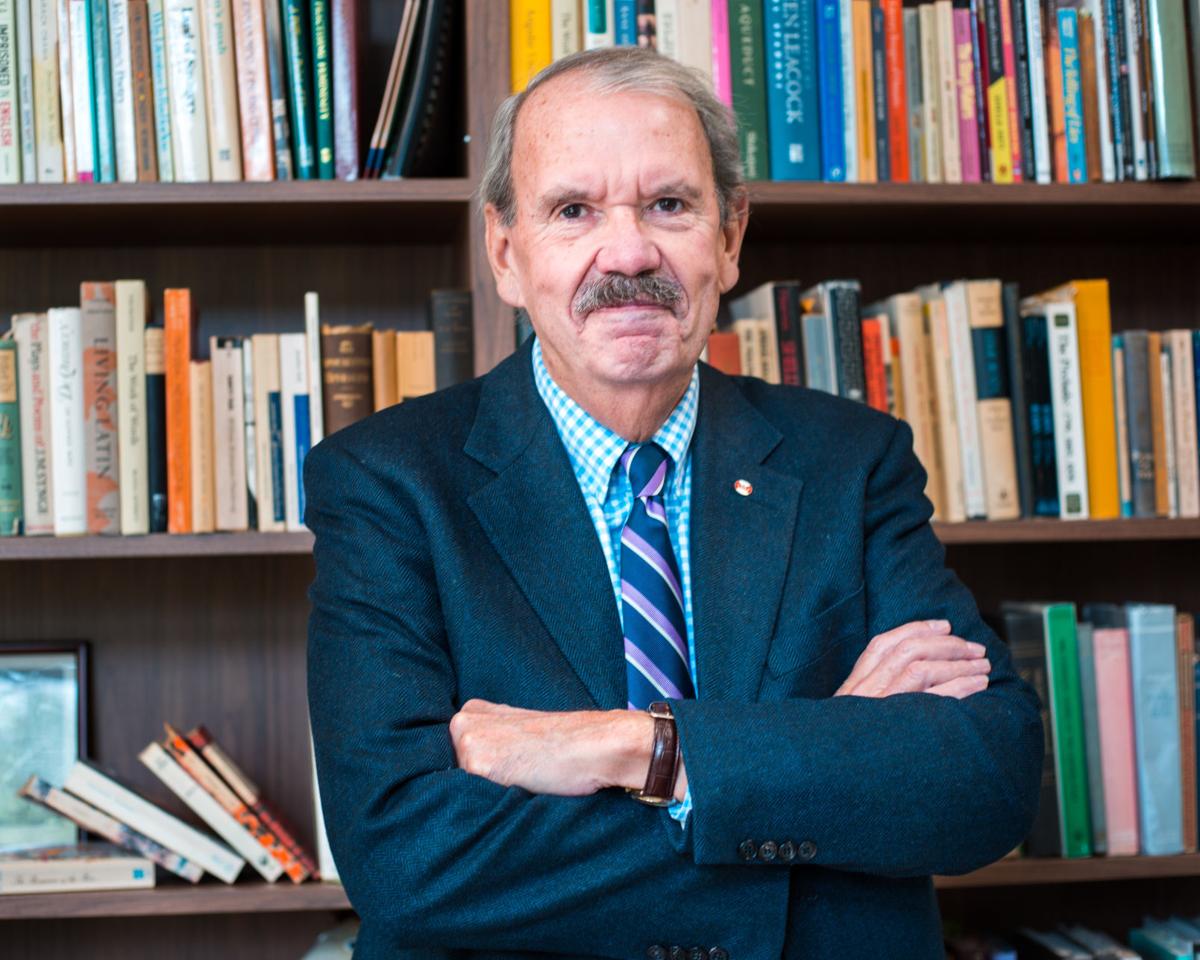 In Flanders fields the poppies blow

Between the crosses, row on row,

That mark our place; and in the sky

Scarce heard amid the guns below.

We are the Dead. Short days ago

Loved and were loved, and now we lie

Take up our quarrel with the foe:

To you from failing hands we throw

The torch; be yours to hold it high.

If ye break faith with us who die

We shall not sleep, though poppies grow

Lieutenant-colonel John McCrae wrote “In Flanders Fields” in May 1915 during the Second Battle of Ypres in western Belgium, where he was serving as brigade-surgeon and major, and second-in-command of the 1st Brigade of the Canadian Field Artillery. The poem was initially published in the British satirical magazine Punch on Dec. 8, 1915 and quickly became widely known.

In due course, the poem provided the impetus for the transformation of the red poppy into a token of remembrance of those who died in the First World War and then subsequent conflicts. The presence of the scarlet corn poppies that inspired the poem at Ypres in 1915 stems from the fact that poppies are among the first plants to grow when the earth has been disturbed, a phenomenon observed on other battlefields in Western Europe during the previous century.

At first glance “In Flanders Fields” may seem very simple and straightforward, but this is deceptive. In structure, it is a "rondeau," a French verse form that requires great skill on account of its stringent requirements: it must consist of three stanzas based on two rhymes only, and the last lines of the second and third stanzas (where a third rhyme is permitted) must repeat the opening words of the first line.

Two aspects of the poem are frequently misunderstood: “poppies blow” does not mean that they are being ruffled by a breeze but that they are in bloom; and the logic of the final statement by the collective voice of the "Dead" — “If ye break faith with us who die / We shall not sleep, though poppies grow / In Flanders Fields” — turns on the fact that before the poppy became a token of remembrance it was traditionally used as a symbol of sleep.