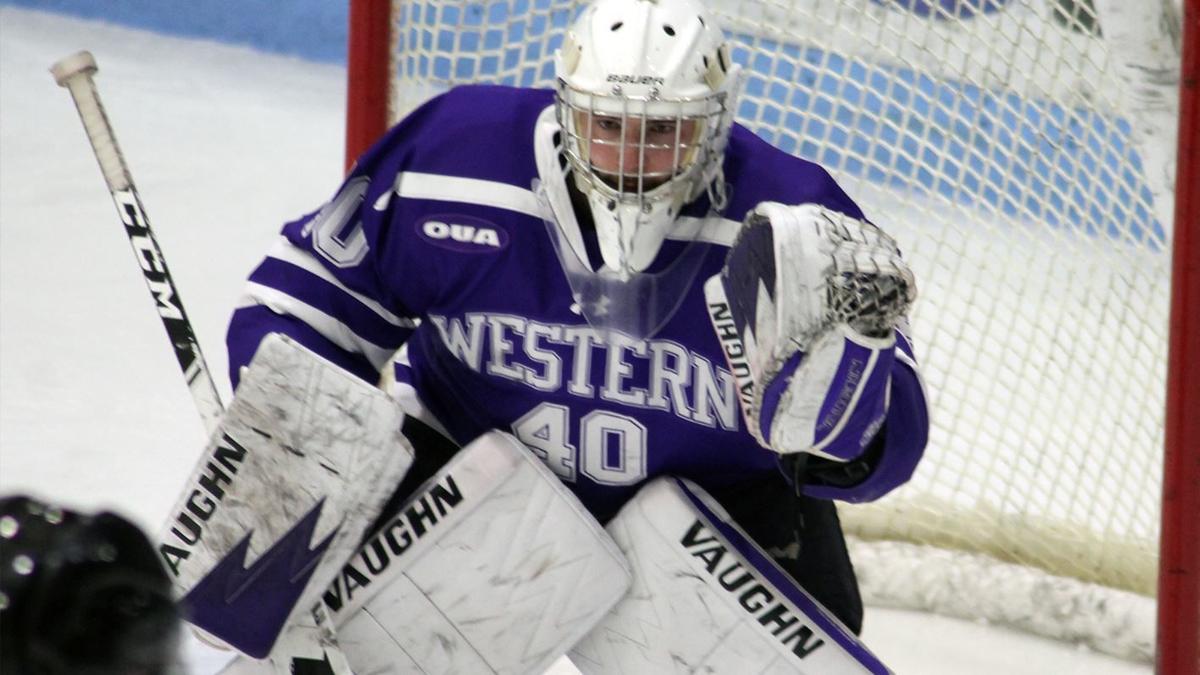 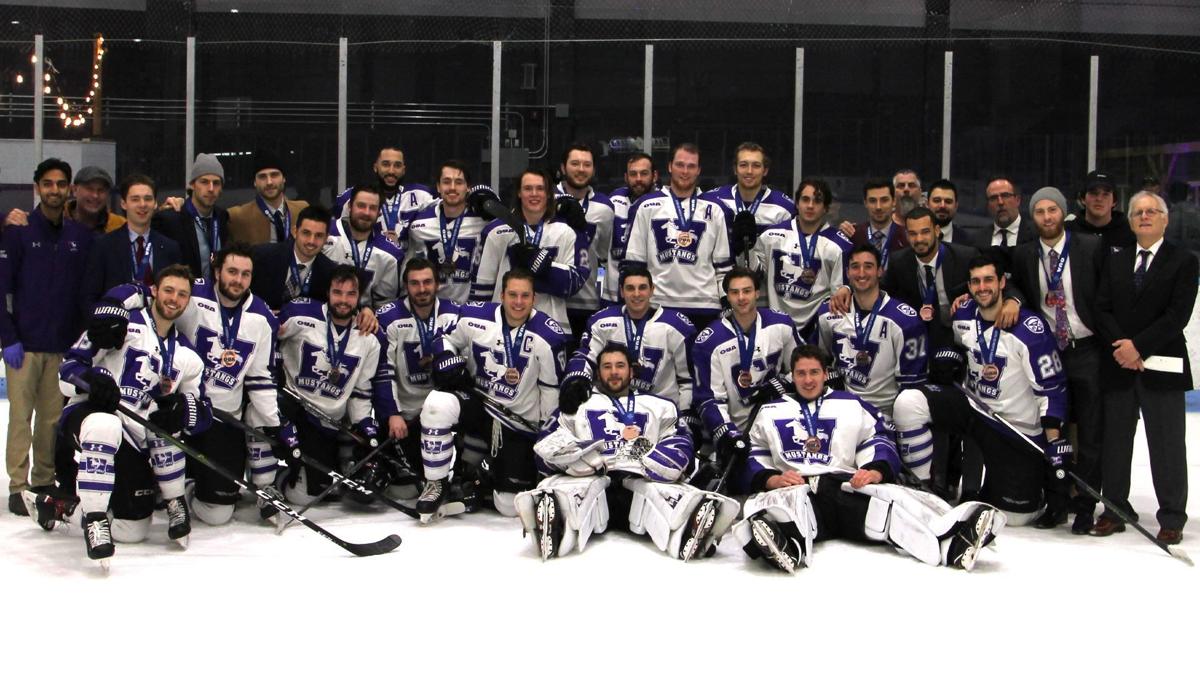 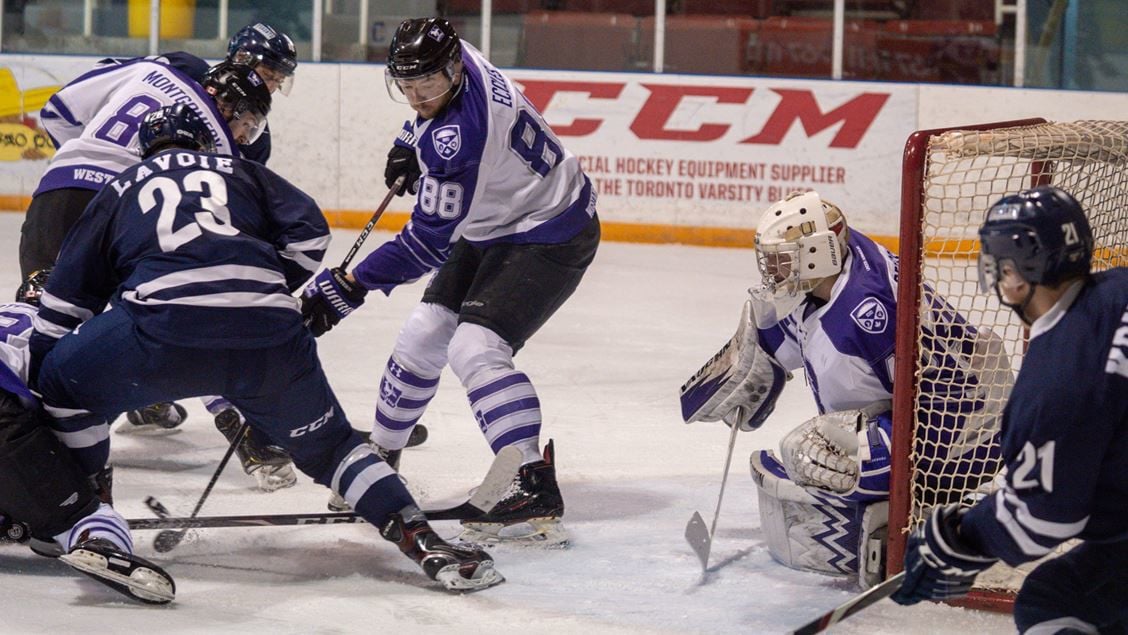 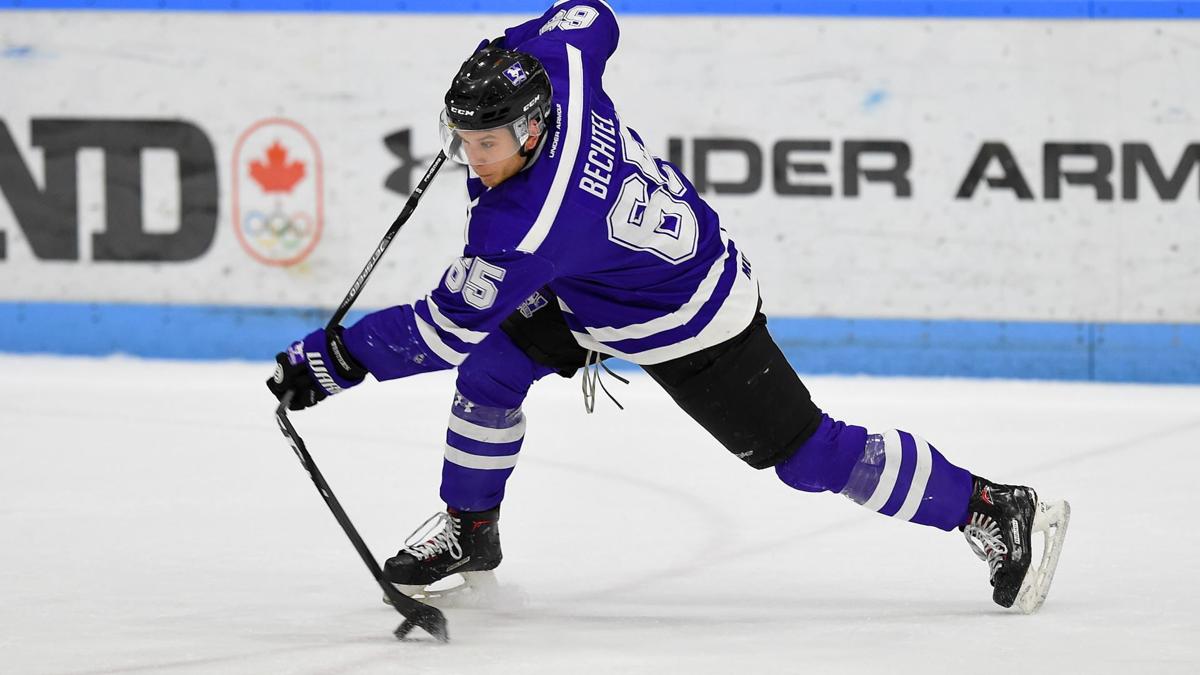 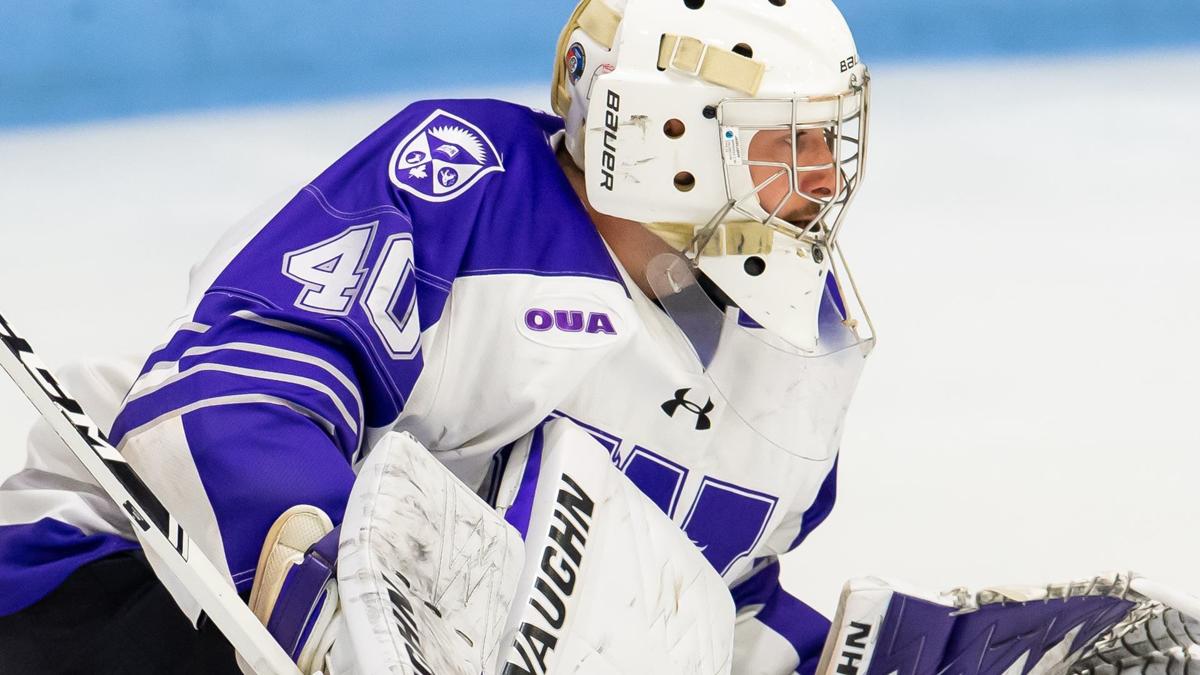 To say the 2019-20 Western Mustangs men’s hockey season was a rollercoaster is an understatement. The highs and lows the team went through, in a six-month span, are unprecedented in the Ontario University Athletics sports conference.

The Mustangs lost the OUA bronze medal game in the 2018-19 season. This season they squeaked into the playoffs as the eighth and final seed in their conference, needing a bronze medal finish or better to qualify for nationals.

As the eighth seed, Western University had the toughest path to the finals. In each round, they had to play the best team remaining in their conference in a best-of-three series without home-ice advantage.

They first faced the University of Toronto Varsity Blues. Game one was lost to the first seed team, but they pulled off back-to-back upset wins to move on to round two. Their next opponent would be the second seed Ryerson University Rams, where they replicated their first series by losing game one and winning game two, leading to their second do-or-die game three.

Ryerson had a 2–1 lead with five minutes to play in the third period of game three.

“Even though we were down there late, there was a lot of confidence on the bench,” commented head coach Clarke Singer. “I think probably the U of T series helped build that confidence for us.”

After a successful penalty kill, with five minutes to go, momentum shifted in the Mustangs' favour. With two minutes left, the Mustangs leading scorer Franco Sproviero scored to tie the game up at 2–2.

The Mustang magic carried into overtime, with forward Kolten Olynek scoring in sudden death with an injured hand to send the team to the OUA semifinals.

“A great, great, second and third effort by [Olynek] on that winning goal for the series [with him] not being 100 per cent,” said Singer.

A lot of Western’s heroic comebacks can be attributed to their attitude and demeanour. Another part of the equation is how teams in the OUA stack up against one another.

After another game one loss and game two victory in their third round against the Guelph University Gryphons, the Mustangs lost game three to knock them out of the playoffs. But, a bronze medal game win against Concordia University printed their tickets to send them to nationals in Halifax.

Before departing on their trip to nationals, the coronavirus pandemic was starting to make small waves in Canada.

“When we left [for Halifax] the guys were cautious,” said forward Anthony Stefano. “But we didn’t think we were anywhere near the extent it was in Europe.”

As part of their preparations for nationals, head trainer Jason Kaszycki gave the team a sheet listing some of the symptoms associated with COVID-19.

“We recognized that there was a health issue, obviously,” said Singer. “But I don’t think we thought it would have the impact that it did.”

The Mustangs took a flight out to Halifax on Monday March 9, 2020. Over the next 72 hours, society ground to a halt. Sophie Grégoire Trudeau and Rudy Gobert both tested positive for COVID-19, the former sending Canada’s Prime Minister into self-isolation and the latter forcing all major sports leagues to shut down. Ontario shut down all of their elementary and secondary schools, and universities began to transition online. As borders began to close, travellers overseas scrambled to beat the buzzer and head home.

But as the Mustangs sat on the tarmac in Halifax upon arrival, that was all still two or three days away.

“Our focus was on the tournament at that point,” said Singer. “I don’t think there was any thought from anybody that we weren’t going to finish the tournament.”

At 1 p.m. on March 12, the puck dropped as the underdog Mustangs began their nationals’ journey.

During the second intermission, word started to spread around the locker room that the NHL had suspended the remainder of their season indefinitely.

The game continued against the University of Saskatchewan Huskies, who had one loss on their record since Oct. 26. The Mustangs gave them their second loss, beating them 3–2 in yet another upset win.

As the afternoon went on, reality started to set in. Before, everyone focused on winning but as the news got progressively worse and the players were seeing life change in real time, the spotlight shifted away from the ice.

Singer called a team meeting for 11 p.m. to break the news that was now inevitable.

U Sports had announced the cancellation of the 2020 Men’s Hockey Tournament. The dream was dead

“I don’t think there was too many dry eyes around the room and everyone was pretty emotional,” said Stefano. “Looking around the room, we had a team that we thought we had a really good chance of playing in the gold medal game.”

The Mustangs only needed two more wins and they’d have been champions.

The end of the season was horrible news for the whole team, but it was especially devastating for the team’s fourth-year players.

“We had four or five guys whose careers ended in a boardroom unfortunately, and they didn't get an opportunity to play that last game,” said Singer. "That’s probably the thing I feel worst about.”

Forward Mitchell Fitzmorris, goaltender Luke Peressini, and defenseman and captain Rylan Bechtel had their U Sports careers ended not with a loss or elimination, but with a global pandemic.

Over the next four months, players and coaches will go through an unusual offseason. Luckily, most of the recruiting process has been completed. U Sports has instituted rules banning campus visits and in-person meetings with recruits and instead replaced it with phone calls and online scouting.

Players have returned home for the summer, but they don’t have the facilities to keep their conditioning high.

The Mustangs staff has provided an online database of workouts the players can access from home.

The 2019-20 Mustangs men’s hockey team will be remembered for a lot of things: underdogs who knocked off the top two seeds in a heartbreaking fashion, a team that fought their way into nationals and the team COVID-19 cancelled.

But they’ll be back, whether it’s in the fall or spring — they have some unfinished business to take care of.

Western’s new Indigenous Learning Centre will be located behind Ontario Hall and offer services and programming for the Indigenous community on campus.

Travelling to faraway places isn’t always necessary to get your nature fix. Check out this easy-to-access conservation area for your next midday break or afternoon adventure.

Second-year students say they're struggling to fit in on campus

Alexandra Miraples, a second-year nursing student, was looking forward to Second Year Welcome Week but there was one problem.