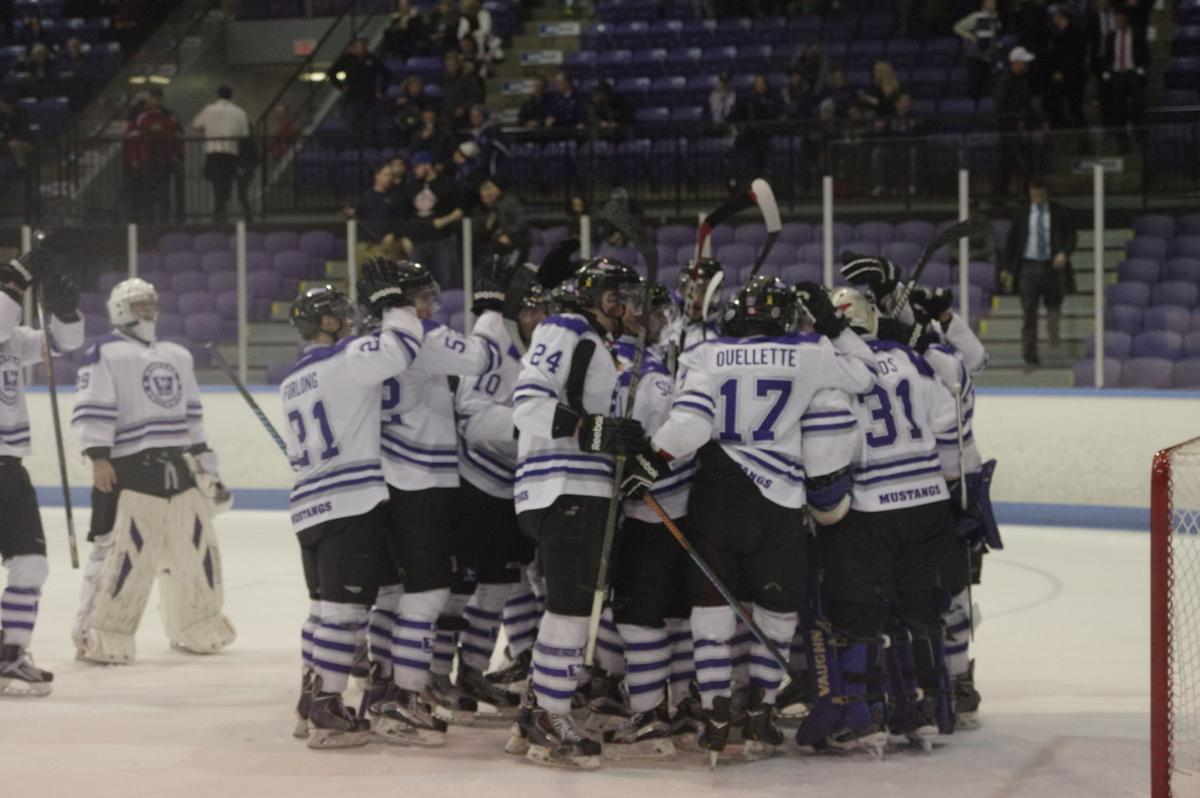 Western celebrates their game one victory over the Guelph Gryphons on Thursday, March 3. They are now one win away from the Queen's Cup. 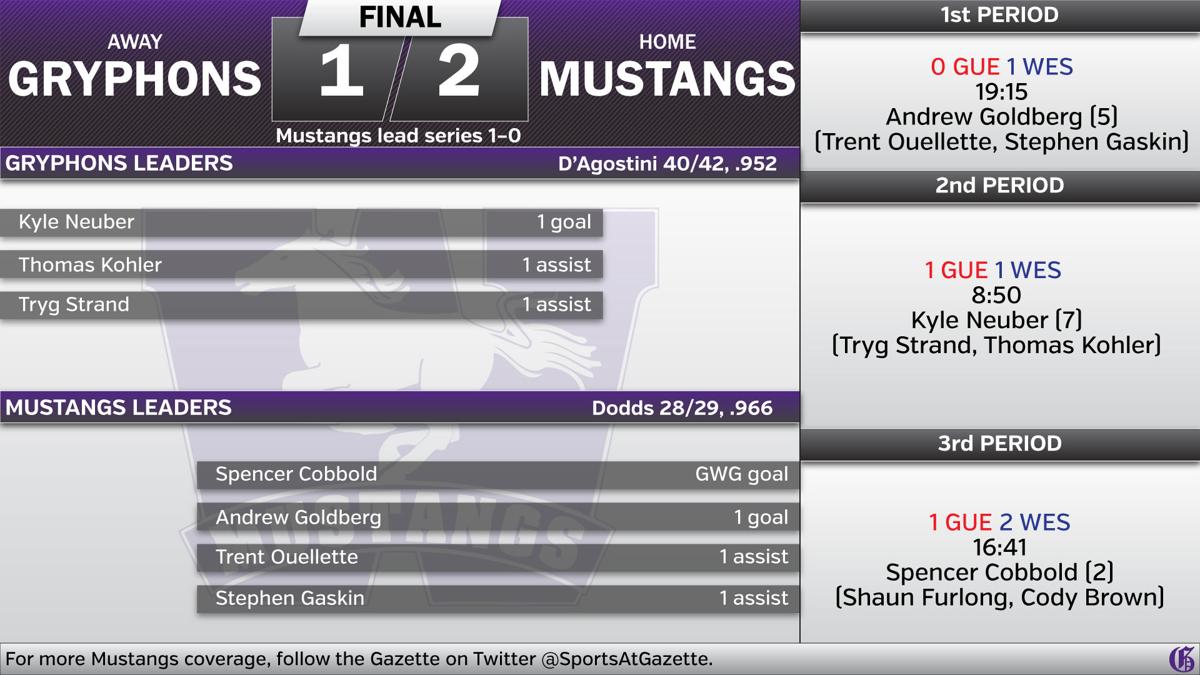 The Western Mustangs men's hockey team had a physical match up with the Guelph Gryphons and won 2-1 on Thursday night in game one of the best-of-three series.

This game meant a lot to the Mustangs, as many of the members on the team have never made it this far in the playoffs.

The Mustangs had the crowd on the edge of their seats throughout the first period with countless opportunities against the Gryphons.

With 45 seconds left in the first period, Trent Ouellette made a quick pass to his linemate Andrew Goldberg who rifled one top corner, putting Western in the lead 1–0.

Guelph came back in the second period with a wave of energy and scored on goalie Greg Dodds five minutes in.

The score stayed at tied at one going into the third period.

With three minutes left in the third, Western put their anxious fans out of their misery as Spencer Cobbled netted the go-ahead goal to make it 2–1.

Western took the win, giving them a 1-0 series lead in the OUA west finals.

Gazette Player of the Game

Spencer Cobbled got the game-winning goal for the Mustangs to ensure the win and a 1-0 lead in the series.

Game two is set for Saturday at 7:30 p.m. back in the Gryphons court to decide if the Mustangs will be moving onto the 105th Queen's Cup.