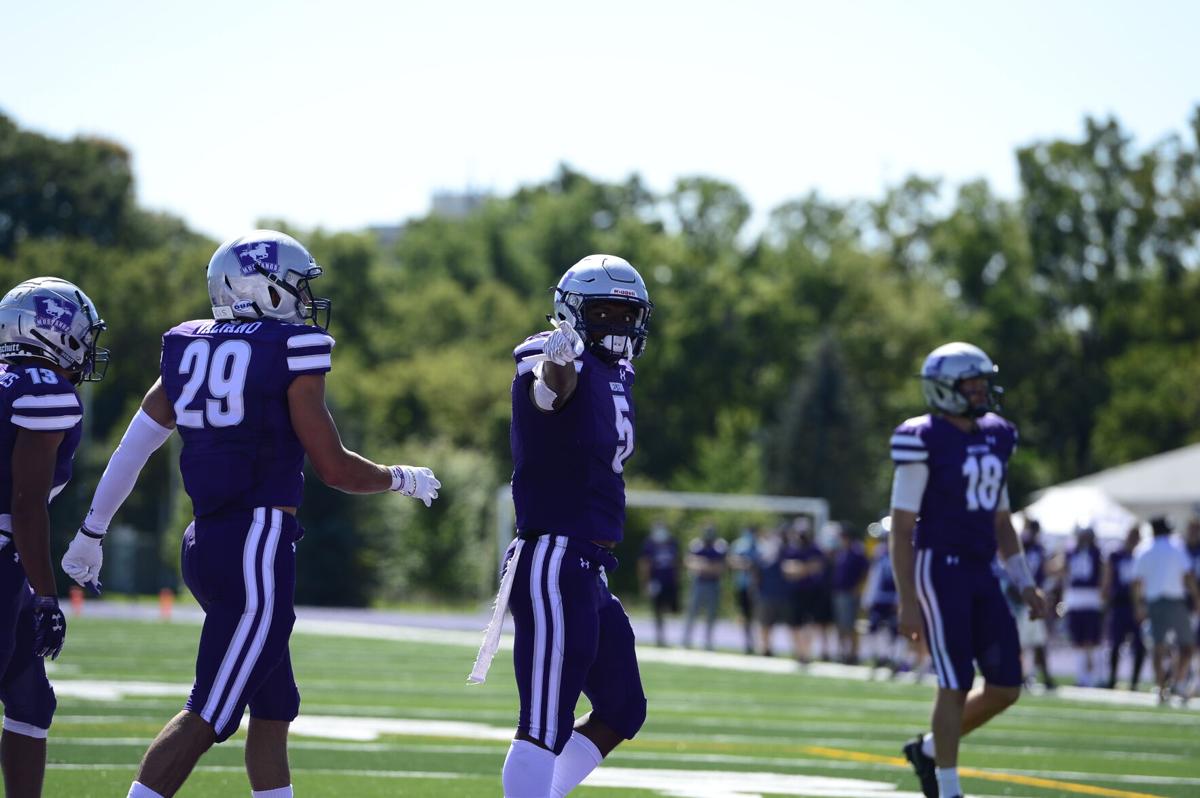 Keon Edwards (middle) celebrates after a play during the 2021 season opener against McMaster. 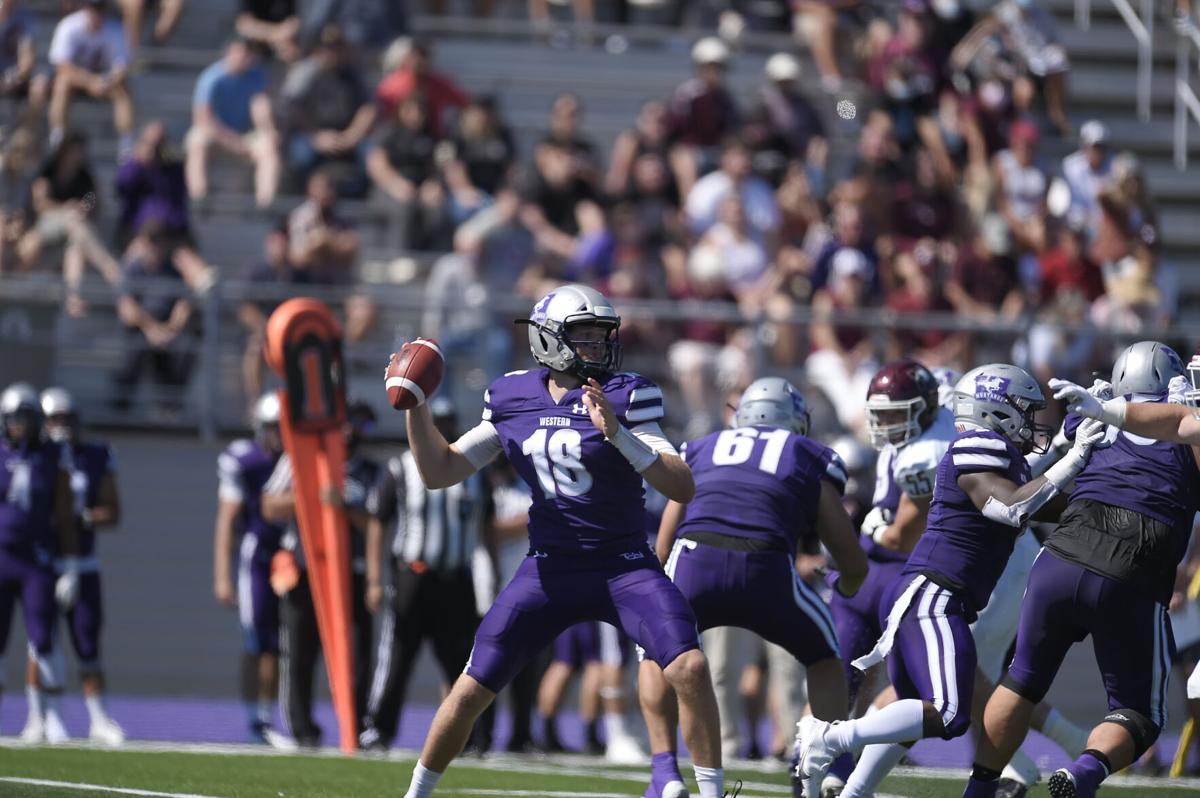 Jackson White winds up for a pass.

The Western Mustangs football team kicked off the 2021 Ontario University Athletics schedule with a commanding 41–13 victory over the McMaster Marauders in the first game at TD Stadium in nearly two years.

The two-headed monster running back duo of Keon Edwards and Trey Humes was near unstoppable, combining for over 350 yards, with Edwards finding the end zone three times.

“They threw everything at us to stop the run, and we still ran the ball, which is difficult to do,” head coach Greg Marshall said post-game, speaking on the fourth-year running back’s performance.

Quarterback Jackson White threw his first two touchdown passes in the purple and white, leading Western University to a comfortable victory over his former school. The ex-Marauder kept his composure after an unfortunate bounce led to an interception on his first drive as a Mustang and threw for 131 yards with two touchdown passes in the second half — first finding Griffin Campbell, then Brett Ellerman.

“He was exceptionally accurate in the third and fourth quarter — that was able to take some pressure off our linemen,” Marshall said about his debut quarterback.

Marshall also acknowledged the added motivation of White wanting to impress against the team he transferred away from ahead of the 2019 season.

“As much as you say ‘Jack don’t worry about it,’ that added emotion of wanting to do well against your former team, that adds a lot of pressure on, but I think he settled in well to the flow of the game,” he explained.

The Mustangs defence was stout throughout, holding McMaster University quarterback Andreas Dueck to 220 yards with a touchdown and an interception courtesy of Western’s Zach Lindley. The Marauders rushing attack was ineffective, combining for 63 yards on 16 attempts on the ground.

The first quarter saw both teams struggling to find their footing after a long lay off, and ended with the Mustangs up 7–0 after Edwards bulldozed his way to the end zone.

The teams traded touchdowns in the second quarter, with Edwards scoring his second touchdown of the half and Dueck throwing his only touchdown pass, and went into the half with the Mustangs leading 14–7.

It seemed the third quarter was signaling a McMaster comeback when the Marauders kicked a field goal to cut the score to 17–13, but the Mustangs pulled away in the final frame, scoring 24 unanswered points.

Western closed out the game and sent the sold out crowd at TD Stadium home happy, with a 28 point win in the rematch of the 2019 Yates Cup.

But it might have been the new quarterback, White, who put it best in his post-game comments.

And what more can you ask for after 18 months than that.

Up next for the Mustangs is their Homecoming game against the University of Guelph Gryphons in Guelph on Sept. 25. McMaster will look to rebound in their home opener against Waterloo on Oct. 5.