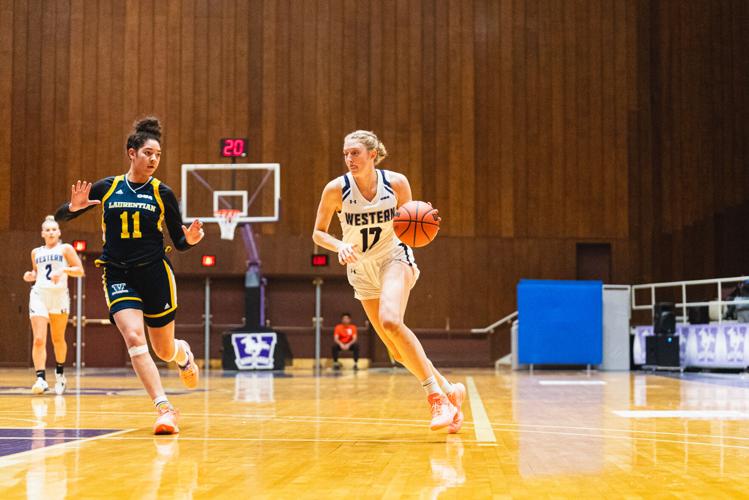 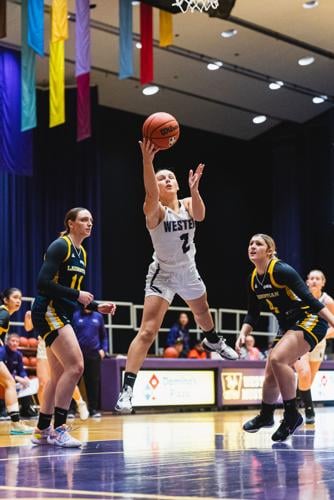 The Mustangs women’s basketball team won both games of their home-opening weekend against the Voyageurs 68–59 and the Lakers 77–51.

Western University got off to a strong start Friday night in the first quarter, putting pressure on the Laurentian University Voyageurs’ defence. Laurentian picked up their game near the end of the quarter, but the Mustangs held their ground and a 22–15 lead.

“[We] wanted to go out with a bang and start off on the right foot for the season,” said fourth-year guard Ariane Saumure.

W 🏀 FINALThe Mustangs have a successful home opener, extending their win streak to 5-0 with tonight’s victory. Sarah Harvey and Ariane Saumure were the top scorers of the night for the Mustangs, with 15 points each. LAU - 59WES - 68#RunWithUs #WesternMustangs #LAUvsWES pic.twitter.com/RK6pl3DSAB

The Voyageurs improved their defence in the second quarter as it took the Mustangs nearly three minutes to score.

Western struggled until the end of the first half as Laurentian tightened up the game, forcing the Mustangs to call a timeout. After a few minutes of back-and-forth action, the teams headed into the half tied at 34.

“Reconnecting was important,” Saumure said of the team’s mindset after the Voyageurs’ comeback. “We knew we had to come out with a bang third quarter because that would dictate the rest of the game.”

The Mustangs channelled this energy in their third-quarter play, starting with a 13–0 run.

Western kept the pressure on Laurentian. The Mustangs were up 57–42 heading into the fourth and eventually took a 15-point lead late in the game before taking the win at home.

“Even when we missed shots, we were able to get the offensive line [and grab] offensive rebounds,” said Mustangs head coach Nate McKibbon.

The following night, the Mustangs hosted the Nipissing University Lakers for the first time this season.

The Mustangs attributed their success to the team’s physicality and aggression.

“[Brian was] really good for us over the last two days,” said McKibbon. “She was absolutely great defensively, giving us a spark.”

Although Nipissing gave Western more pushback in the fourth quarter, the Mustangs prevailed and won the game 77–51.

Before Saturday’s game, Western paid tribute to the unexpected passing of former Mustangs women’s basketball player Maureen Spero, who played for Western from 1988 to 1992.

“I think it means a lot knowing we’ll be there for each other no matter what,” said second-year wing Jordynn Bryan. “It's bigger than basketball, it’s our family.”

The Mustangs are currently on a six-game, undefeated winning streak this season. Western will travel to another undefeated women’s basketball team in Ontario University Athletics on Friday when they face the University of Ottawa Gee-Gees at 6 p.m..

Western will stay in Ottawa on Saturday to play the Carleton University Ravens at 6 p.m..