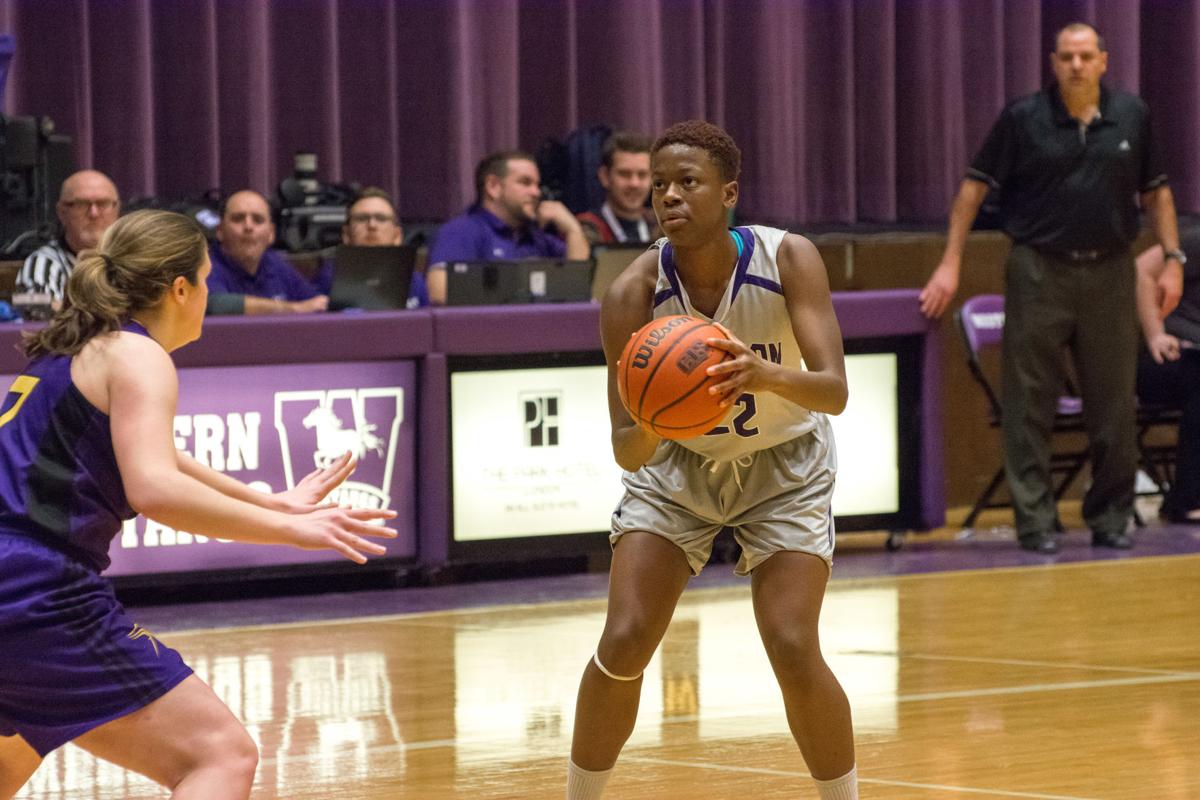 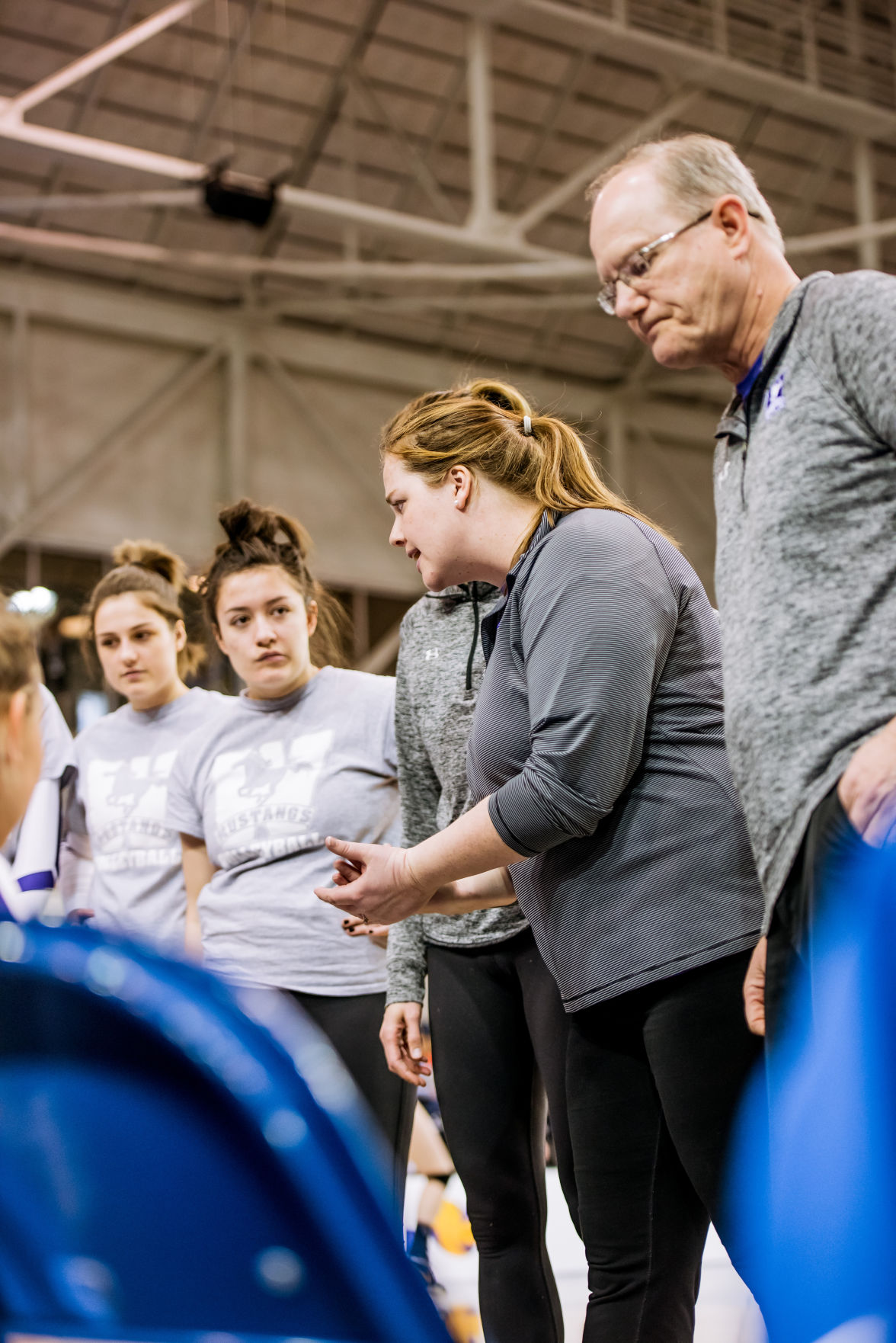 Mustangs head coach Melissa Bartlett gives words of encouragement to her team before they take the court for the U Sports quarterfinal against the UBC Thunderbirds.

Despite having 40 per cent of athletes comprised of women, their sports media coverage is limited at a disparagingly low four per cent.

“As a female in sport, I have witnessed the lack of awareness female athletics receive compared to men’s athletics,” says Brooke DiCicco, a third-year kinesiology student and Mustangs women's hockey forward. “We play a high caliber of hockey that many people do not realize because of lack of promotion and popularity … when major women’s sporting events are televised the quality of broadcasts and promotion of the televised event has historically been less than that of the male equivalent.”

Good things happen when you put the puck on net, and for Brooke Dicicco and the @WesternMustangs, that good thing is a 2-1 lead!#WeAreONE | #WESvsGUE | #FallFaceoff pic.twitter.com/q55gXf7lQf

“I believe that it is quite common for people to underestimate women athletes and not recognize their skill and ability in their sport. Female athletes should not need to be classified as ‘female athletes’ but athletes in general.”

Many people have argued that the low coverage of women’s sports stems from the lack of interest to watch it. If there are no viewers, sports media has less inclination to put the time and effort into covering it.

“I think there are personal preferences when it comes to specific sports. Some people enjoy a certain physicality of sports that female sports sometimes don’t have to the same degree such as the contact in men’s versus women’s hockey,” explains third-year kinesiology student and Mustang’s men’s volleyball player Amit Sayal.

Still, he adds that it’s cyclical. By reducing the coverage, women’s sports will never have the opportunity to be highlighted and appreciated.

“I definitely think that if there was better media coverage for female sports, there would be less like disparity or polarization between watching male and female sports,” he adds. “Female sports deserve more attention because there are certain skills and techniques that male sports do not have.”

The phenomenon comes as no surprise to Western student-athletes.

Although accepted as reality, the lack of attention on women’s sports is not accepted to be right. Melissa Bartlett, head coach for the Mustangs women’s basketball team, recognizes that women’s sports needs and deserves more attention.

“I think there is no question that in general people watch more men’s sports than women," says Bartlett. "If you scroll through the average channel list, the media coverage for men’s sports is around 90-95 per cent of what is on at any given time. The access to watching men’s sports is primarily mainstream media whereas high-level women’s competition is typically streamed using various online sites by those who are interested and motivated to put in the extra effort to find it.”

An issue that won’t fix itself overnight, these athletes recognize that active initiatives need to implemented to incite change.

“I think we can uplift female athletics simply by talking more about them and showing more support. It should be the responsibility of every female athlete to help grow women’s sports, push for equality and continue to raise awareness on this issue. Getting the word out about female sports is half the battle with attaining more support from bigger institutions. The more people that talk about female athletics, the greater the conversation and movement it will create in growing the game in each female sport,” explains DiCicco.

It has been too long that society has allowed such a large disparity between gendered sports to exist.

From here, there’s only going up and if women’s sports is to receive the attention it deserves, it is the responsibility of every athlete and every sports enthusiast to consider.

Bianca is the Sports Editor for Volume 115 of The Gazette. You can reach her at bianca.collia@westerngazette.ca or on Twitter @biancacollia